SEX/NUDITY 8 - A man and women have sex in a kitchen: her skirt is pulled up (nothing is exposed), he thrusts against her while she sits on a counter-top, he picks her up and pushes her against a wall, and she moans while he covers her mouth.
► About a dozen women who are nude, topless, or in underwear handle drugs; there is full frontal and rear nudity and we see this four times throughout the movie (we see bare breasts and bare buttocks in all four scenes and there is pubic exposure in two scenes); it is explained that they are nude so that they can't steal the drugs.
► Three topless women massage a nude man (bare breasts are visible and we see his bare back). A man kisses a woman while beside her in bed (we see her bare breasts and his bare chest) and the scene ends.
► A woman in a short skirt and halter-top dances on the lap of a man (it's implied that the woman is an exotic dancer and she leaves when another man walks into the room). Men and women dance close in several bar scenes: one man buries his head in a woman's chest, a woman and man kiss while dancing, two women grind suggestively against a man and women dance wearing short skirts and low-cut dresses (cleavage, bare abdomens and bare legs are visible). Women in short shorts and halter-tops or bikinis dance on a bar (cleavage, bare abdomens and bare legs are seen). In a bar, women in bikinis (cleavage, bare abdomens and legs are visible) dance and pour drinks. We see many women on the street waiting to get into a club wearing short skirts and tube tops (cleavage, bare abdomens and bare legs are seen). Women wear low-cut dresses that reveal cleavage in several scenes. We see men, women, and children in swimsuits.
► An inebriated police officer pats down a woman at a party, apparently as a joke, and while patting her down he grabs her breast.
► A man and a woman dressed in lingerie (cleavage and her bare abdomen are visible) kiss passionately and the scene ends. A man and a woman kiss passionately in a car.
► We see a prostitute in the shadows of a street corner (she calls out to cars that slow down as they drive by).


VIOLENCE/GORE 9 - A man pours gasoline on another man who's covered in blood and lights it; the burning man screams and a man shoots him several times.
► A man smashes a door with a sledge hammer, chases another man, and one man is bitten on the hand (he screams and no blood is visible); a man is struck in the head with the handle of the sledge hammer (no blood), a man is thrown to the floor and we see a man being kicked.
► A man holds a gun to a man's head, he fires, the man falls and we see him with a wound in the forehead and a pool of blood around his head. A man shoots a man in the head (blood splatters on a curtain). A man's hand is shot off (we see blood and flesh fly through the air).
► A man is shot in the shoulder (blood flies through the air), a man is shot in the stomach and falls backward, a man is shot in the chest, and people fire guns at other people. A man shoots himself in the head (we see blood splatter behind him). A man shoots a woman in the back (she cries with pain, there is no visible blood and she does not die). A man shoots a man in the knee (we see blood later). Men fire guns from a car at a woman, a man is struck in the shoulder and a man shoots a gun at the car.
► We see a man lying dead in a pool of blood, and we see a pale, dead body (covered with a sheet to the shoulders) in a morgue.
► A man's head is repeatedly slammed in the lid of a piano and a man and women are shown later cleaning bloodstains out of a carpet. We see a man with cuts and blood on his face. A man shoots a dog (we hear whimpering off-screen).
► A man throws a man against a pool table and hits him with a pool cue (a bit of blood is seen), a man slams another man to the ground, a man wrestles another man to the ground, and a man kicks a woman in the head. A man slaps a woman with the back of his hand. A woman slaps a man.
► A man pushes another man to the floor, he points a gun at him, cuffs him, and shoves a cloth in his mouth, and a young boy is grabbed and his mouth is covered. A man is thrown to the floor, a man is struck in the head with the butt of a shotgun, and another man is knocked unconscious with a gun. A door is shot sending glass into the face and body of a nearby man. A man slams a man against a wall and points a gun at him. A man is punched in the face repeatedly, and another man is punched in the face and the back of his head breaks a window.
► A woman lies dead on a bathroom floor with a bloody leg wound. A woman lies dead in a bed while an infant cries next to her. A man clutches his chest, and has a heart attack.
► A woman injects a man with heroin, and a drop of blood oozes from the puncture, heroin is injected into the stomach of a pregnant woman (we do not see what happens to her), a man injects heroin through a bloody scab, and a women injects heroin into her foot.
► A man is pushed down a flight of stairs (we don't see what happens to him). A man crashes through a window.
► A man points a gun at a young girl and she screams. A police officer threatens to kill rowdy teenagers.
► A car swerves and cuts off another car and the driver honks angrily. A man jumps out of a car.
► Men discuss killing a family member.
► A car explodes (no one is in the car). A man angrily throws a glass against a wall. Men break furniture. We see bombs exploding on TV news footage.
► Two men shoot skeet. A man fires a gun at the camera.

SUBSTANCE USE - There are many scenes of people injecting heroin, snorting cocaine, and smoking opium, and we see scenes that include all aspects of the heroin trade, including farming, processing, cutting, distribution, and sales: A woman injects a man with heroin, and a drop of blood oozes from the puncture, heroin is injected into the stomach of a pregnant woman (we do not see what happens to her), a man injects heroin through a bloody scab, and a women injects heroin into her foot. There are scenes with people drinking alcohol at home, at parties, at a funeral, and in bars. Most of the characters smoke heavily throughout the movie.

MESSAGE - Even in the drug industry, stereotyping, ethics, and business practices affect who makes a profit, and who is driven out of business. 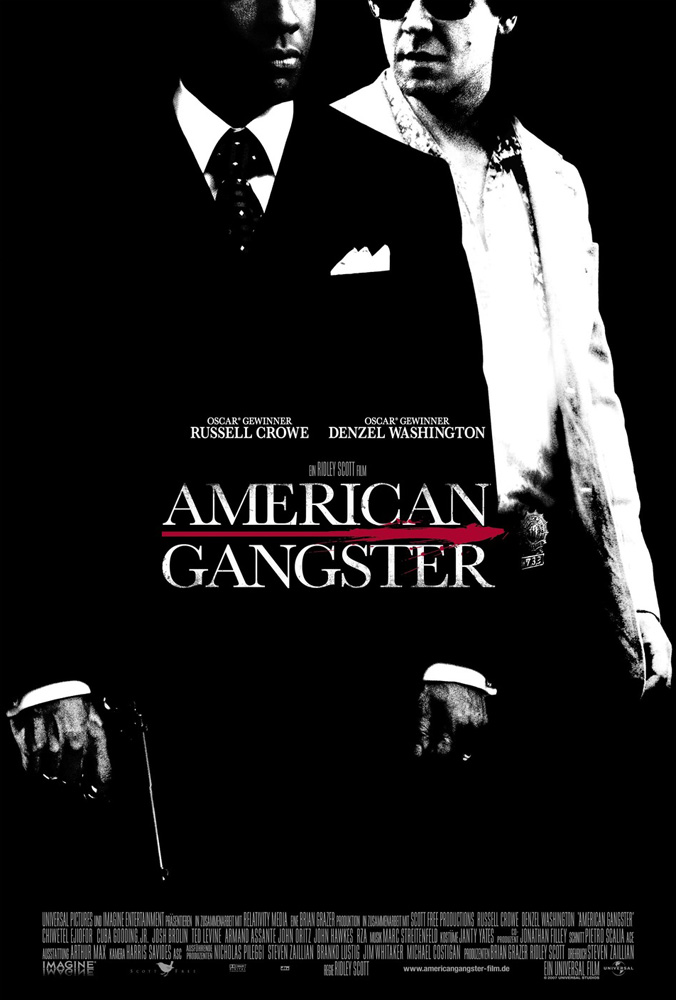