Jude Law stars as a man incapable of making a romantic commitment to any woman and once he senses that a relationship may be headed in that direction does whatever he can to get away. When once he is dealt a similar blow by one of the women with whom he has had a tryst he is not quite sure how to deal with it and becomes painfully aware of his own conduct. The film was originally made in 1966, with Michael Caine in the title role. Also with Sienna Miller, Susan Sarandon, Marisa Tomei and Omar Epps. Directed by Charles Shyer. [1:45]

SEX/NUDITY 7 - A woman takes off her shirt revealing her bare breasts and she tries to seduce a man. We hear moaning, and then see a woman bobbing on top of a man in the back of a limousine; the man's shirt is open exposing his bare chest and the woman is wearing a tiny bra and short skirt (bare thighs, bare abdomen and cleavage are evident) and they kiss. A woman dances seductively, a man watches her, they dance together, they kiss, they lie back on a pool table and continue kissing, he unzips her top, he kisses her neck and she unbuckles his pants. A man and a woman kiss, he kisses her bare shoulder, they go to her bedroom, and she removes her top (we see flesh but she is out of focus). A man sits up bare-chested and two women sit up (they have presumably been performing oral sex on him); the two women then kiss each other. A man and a woman kiss passionately. Two women kiss each other while a man watches them. A man and a woman sit in a bathtub together (we see bare shoulders) and we understand that they have been trying to have sex. A man and a woman kiss, he picks her up and we see her hips and the top of her thong underpants, and she wears a low-cut sweater that reveals cleavage. A woman nibbles on a man's ear. A man and a woman kiss in several scenes. A man kisses a woman on the cheek. Men and women dance in a nightclub. Women are shown throughout the movie wearing tight-fitting outfits, short skirts, low-cut tops that reveal cleavage, bare abdomens, bare legs, bare backs and shoulders. A woman tries on a tight-fitting dress that reveals cleavage and a tattoo on her breast and a man admires her figure. We see a man bare-chested with a towel wrapped around his waist. The camera focuses on a woman's derriere in a short skirt. Prostitutes proposition men on a street (the women wear short shorts and low-cut tops that reveal cleavage and bare thighs). A woman confronts a man about coming to see her only for sex. A man refers to his privates as "Big Ben," and a man describes a car as a "panty peeler." A doctor examines a man's private parts and we understand that the man becomes aroused. Throughout the movie, a voice-over addresses the audience and talks about women in sexual terms.

VIOLENCE/GORE 3 - A man punches the windshield of a car and it cracks. A woman crashes a moped into a street vendor cart. A man talks about his wife having died. A man finds a woman with whom he is having a relationship with another man and yells at her. A man yells at his wife. A man takes a woman to a clinic where she presumably has an abortion. A man urinates in a urinal while talking to another man.

MESSAGE - Live life to the fullest. But casual sex without commitment can lead to loneliness. 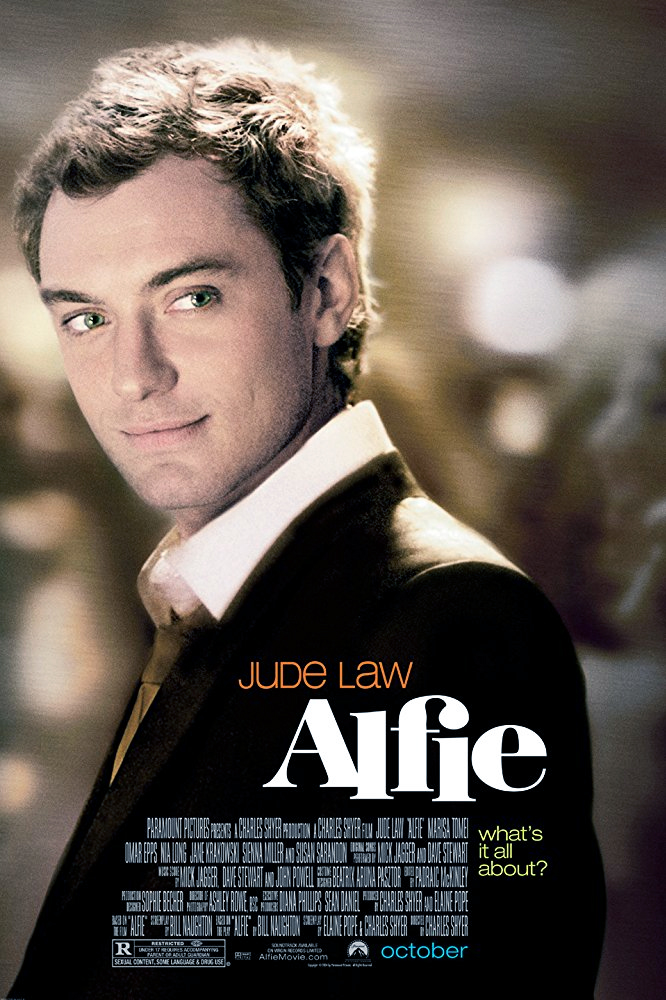