Loosely-based on the life of Jackie Kallen, boxing's most successful female manager, with Meg Ryan in the starring role: Kallen has spent her entire life around boxers and tired of working for a thuggish boxing manager who treats her like a flunky, she sets off on her own by buying a boxer's contract from him for $1.00. But she stumbles onto a champ-in-the-making when she meets Luther Shaw (Omar Epps) and convinces him that he has the skills to win and she has the skills to manage him. Also with Joe Cortese, Tim Daly and Kerry Washington. Directed by Charles S. Dutton. [1:20]

SEX/NUDITY 5 - A man and a woman kiss a few times, a man and a woman hug. It is suggested that a man and a woman are romantically involved. Women wearing thongs and tiny bikini tops dance around poles at a strip club (we see bare buttocks and part of their bare breasts). A man looks at a woman and rubs his crotch as she walks by. A man wags his tongue suggestively at a woman. Two men admire a woman's bare legs when they bend down to pick up her earring. A man flirts with a woman. A man hugs a woman (in gratitude). People make comments about a woman's sexuality ("strapping one on"). Women wearing bikinis walk around boxing rings carrying round numbers. A woman wears a top that is laced across the front revealing part of her bare breasts and abdomen; a woman wears a top that is laced up the back revealing her bare back to the hip; a woman wears a short skirt showing bare thighs, and a short top that reveals her bare abdomen; and a woman wears a tight-fitting top and a short skirt that reveal cleavage and bare thighs. Men are bare-chested in several scenes.

VIOLENCE/GORE 5 - Two men sit in a room smoking crack, two women enter the room, the men grab their purses and yell at them refusing to let them leave; another man barges into the room and beats both men with punches, and knocks them into and over furniture. We see several boxing matches: During one match, one boxer charges toward the other, landing many fast punches including one in the groin, one boxer falls to the mat with a bloody nose, he gets back up, one boxer head-butts the other, one boxer has a bloody eyebrow, and one boxer is finally knocked out. During another a boxer has very bruised, swollen and bloody eyes -- they're essentially swollen shut -- and one boxer is knocked out. Another boxing match shows one boxer with very bruised and swollen eyes and we hear many loud punches landing and one boxer is knocked out, and during another we see punching and shoving in the ring and one boxer is knocked down. One boxer is hit in the head and face repeatedly, and during one match a boxer is knocked out after being struck in the face repeatedly. Several other fights show boxers with bloody noses and more boxers getting knocked out. There are several sparring scenes where boxers with protective head gear box in a ring, landing many punches; in one scene one boxer pounds the other in the head repeatedly. A boxer in the ring goads another boxer who's in the audience (they yell at each other). A man and a woman argue and he throws a chair across the room. A man shoves his young daughter, yells at her and makes an insulting remark. A man yells at a man, and a man yells at a woman. A man and a woman argue. A man has bruised knuckles after a fight. A man punches a standee with the image of two boxers on it. A man says "cash on the barrel or I'll hit you with the barrel." Men talk about a woman in very insulting and condescending terms, in several scenes. A woman talks about her bosses angrily. A man flatulates loudly and it is suggested that he has diarrhea (judging from the reaction of the people around him). We hear that a man and his brother were separated by social services when they were young.

MESSAGE - Stay tough and confident and you can do anything. Stick to what you know. 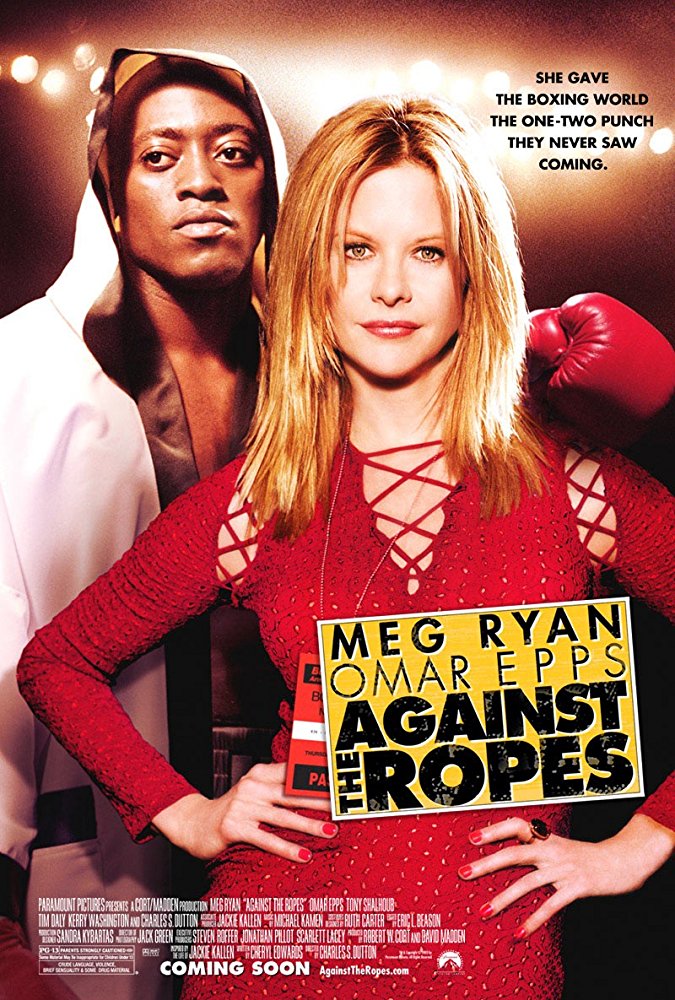