Cinematic version of the animated MTV series, taking place in the 25th century, about a pandemic that has destroyed most of the Earth's population, and has forced the survivors into the seclusion of a walled city. Charlize Theron stars as Aeon Flux, a woman who is embroiled in a struggle between those who seek freedom and those who are in control in a self-described "perfect" world. After her life is ruined by a tragic event she is determined to destroy those responsible, but as she discovers the truth about her reality her mission is no longer simple. Also with Frances McDormand, Marton Csokas, Jonny Lee Miller and Sophie Okonedo. Directed by Karyn Kusama. [1:33]

VIOLENCE/GORE 7 - A woman opens her front door, she sees someone with a gun, we see the flash of the gun being fired and we see the woman dead on a stretcher, and veiled with a gauze sheet.
► A woman kills a man by throwing a sharp weapon and hitting him in the neck: she kills two more men by breaking their necks with her bare hands, and two other men are kicked off a rooftop presumably to their deaths. A woman escapes from a cell, she runs and encounters several men: she beats them up with punches and kicks, and she hits another man knocking him to the ground. A woman slashes the throats of two men (we see blood on their collars and blood on her hand; she used a shard of glass). An armed guard holds a gun on a woman, and she breaks his neck with her feet.
► A man has a very bloody shoulder wound, a woman sticks her fingers into the wound (we hear squishing and the man moans) to remove a bullet, and she then removes a patch of what seems like her own skin and places it on the wound (it sizzles and closes the wound); she does the same thing with another wound on his back.
► Two women run through a garden, they are shot at by pods that dangle from trees, one hides in a tree and destroys several pods, and one woman steps on a patch of lawn where the blades of grass are real blades and her feet are cut (we see the blades enter her feet, she moans and there is blood, but she continues running); the other woman nearly falls face first into another patch of bladed grass.
► A woman shoots at another woman, who's grazed on the arm (we see a bloody scratch) and they fight with punches and kicks: one woman is thrown into a ladder, another is thrown into a shelf of books, they push each other onto tables with lab equipment breaking glass, one is poked in the back by metal tubes, and one woman tears the other's earring off using her teeth.
► A man and a woman are chased by men with guns: they get on a train, the men shoot into the train hitting several other people and we see several people with bloody wounds. Many people with guns shoot back and forth at each other, one man is shot and falls to the ground, another man is shot in the back, and a woman fights with two men breaking their necks; also, a woman is shot off a pedestal high on a tower and we see her fall toward the ground.
► A man with bloody wounds on his head and face from being beaten is pushed to the ground and shot (we hear the discharge). A woman is shot in the side, and someone else shoots the man holding the gun.
► A woman holds a gun on another woman, they fight, and one falls to the floor with a bloody wound on her head and is tied with vines around her feet and hands. A woman wakes up in a bed with a man, she attacks him by straddling him and holding his throat until he falls unconscious. A woman holds a gun on a man, she is hit on the back of the head with something, she falls unconscious and we see her wake up in a cell later.
► A man finds a woman dead after an explosion (we see blood and char on her face). An explosion in a room throws a man and a woman against a wall. A flying vessel begins to explode, it falls toward the ground, and a woman dangles from underneath, she falls to the ground, and the vessel crashes and burns. An explosion blows a hole in a wall.
► A fly flies into a woman's eye, she catches it in her eyelashes, holds it by the wings and then lets it fly away. A woman finds a device that looks like an octopus and when she touches it, it attaches itself to her chest (it does not harm her). A woman lowers herself by a rope into a highly secured area and drops what looks like a metallic egg into a pool of water; it makes noise and causes ripples to form in the water.
► There are three sequences that take place in a woman's mind and she sees herself having a conversation with another woman: In one such scene the woman sprouts a flower from her mouth, specks fly off the flower and land on the other woman's face and a raised diagram appears under the skin of her arm. In another similar scene two women open flaps of skin on their backs, they push (we see a bit of blood and hear squishing) and they communicate with each other in their minds.
► A man and a woman kiss, they pass a capsule from one to the other and we see the capsule make its way through the woman's internal organs. A woman has had a "replacement" procedure done that transplanted hands where her feet were and we see a jagged scar at the ankle. A woman shakes her head, seemingly changing her eye into a magnifying device (we hear squishing), and then shakes her head again to change her eye back to normal.
► People talk about "the disappeared," we see a woman being snatched as she walks along a sidewalk and we see a man searching for his missing daughter. We hear about many women being killed. We hear about people feeling like they are losing their minds. We are told that a virus killed 99% of the Earth's population and that the remaining 1% lives in a secluded and isolated area. We see people living in an area surrounded by a thick and tall wall.

MESSAGE - Don't mess with Mother Nature; the natural process of life is always the better choice. 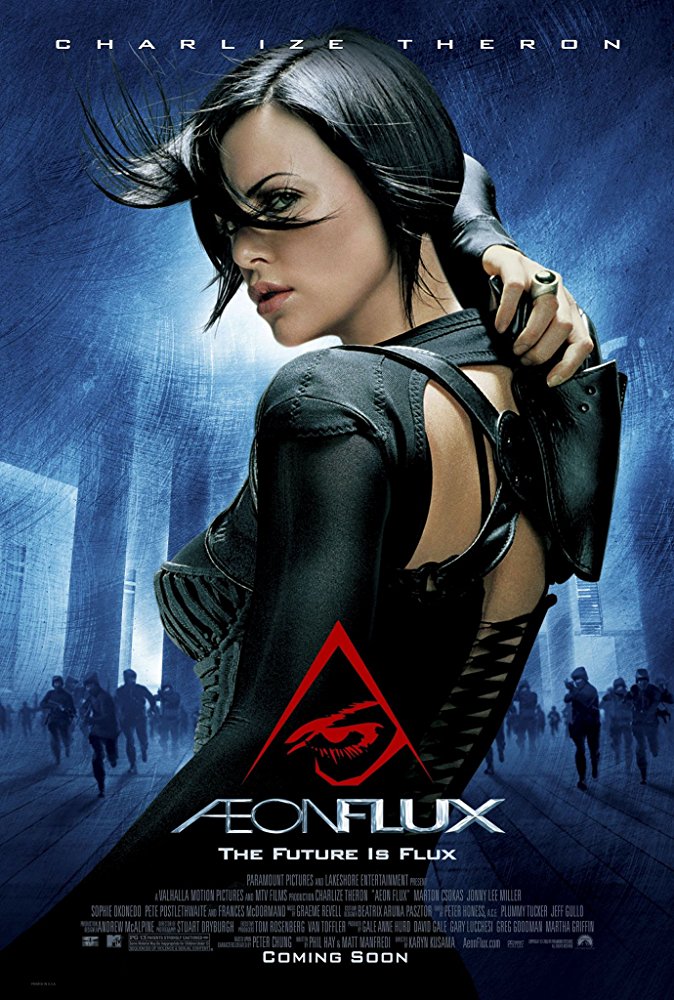