Two boys face off in a battle pitting their decks of magic cards against each other. What they do not know is that one of the boys is being helped by a dark power in the form of a long-dead, vengeful pharaoh who wants to come back and take over the world. With the voices of Dan Green, Wayne Grayson, Amy Birnbaum and Eric Stuart. Directed by Hatsuki Tsuji. [1:30]

SEX/NUDITY 1 - A girl wearing a short skirt falls off a helicopter and toward the ground causing her skirt to flip up and reveal her bare thighs.

VIOLENCE/GORE 4 - A creature stabs a boy through the back (we see a pointed weapon protrude from his chest and a spurt of blood comes out), and the boy slumps to the ground, although he does not appear injured. A girl kicks the head off a mummy and it lands on the ground next to her, and we also see a severed hand land on the girl's shoulder. Two boys try to fight many mummies, heads are kicked off, torsos are separated, one boy's foot is stuck in a mummy's stomach, and the mummies continue to fight in pieces. A creature blows blue stream at two boys, and the creature grows bigger and bigger. A dragon attacks a creature, the creature melts into a puddle of black goo, it takes the shape of a decayed corpse and sinks back into the puddle. A huge creature lifts a boy up by the head and throws him onto the ground. A boy goes into a room where many mummies approach him, they chase him, and he runs. The ground begins to shutter and quake, walls crumble, men are trapped in a tomb, and the ground opens up pulling many people in. A boy holds a puzzle that begins to glow and emit rays of light, creatures come out of the puzzle and the boy is frightened. A sarcophagus wrapped in chains is uncovered and we see a corpse partially wrapped in bandages. Two boys lie on the ground motionless after have been spun around, and what looks like their "souls" separate from them and are sucked into the "eye" of a pyramid. Three people climb a rope ladder attached to a helicopter and are pulled to safety. Two boys duel by activating cards that create supernatural creatures: A part sphinx/part woman snarls and bares her sharp teeth when it prepares to fight, it attacks another creature that shatters, a 3-headed dragon rears up and roars, two creatures fight and one shatters, a creature sprays a stream of blue goo, a creature is hit by a blast of energy and shatters, and a knight-like creature is stabbed and shatters; also a dragon with many sets of teeth roars, a dark clown appears and re-appears, a 3-headed dragon blasts a female warrior and she shatters, a dragon shatters when hit by a blast, a dragon crumbles and re-forms as an even larger dragon, and a dragon emits a blast that shatters 3 sorcerers. A boy is blasted by an explosion and falls back, and a boy is knocked to the ground. A stream of souls pours into a creature's mouth, lava bubbles and spurts, and a creature is hit by a blast and shatters. Creatures shatter as a pyramid breaks apart sending shards of glass showering down on people. Three boys are trapped in a maze. We see a morgue with many corpses. A domed building begins to crumble and people are inside. An evil pharaoh talks about destroying the world. We hear about ancient Egyptian kings playing war games by using dark magic. A boy is hit in the backside by a rocket (it shoves him and he yells). We hear about a Lord of the Dead and see him re-forming from a mummy into a more human form by taking the energy from lost souls. We hear about "souls" being trapped in a "labyrinth of the dead." We hear about a boy dueling. A girl falls off a helicopter and toward the ground. People talk about "worms feasting on flesh." A man threatens a boy.

MESSAGE - Any victory is hollow without friends to share it with. 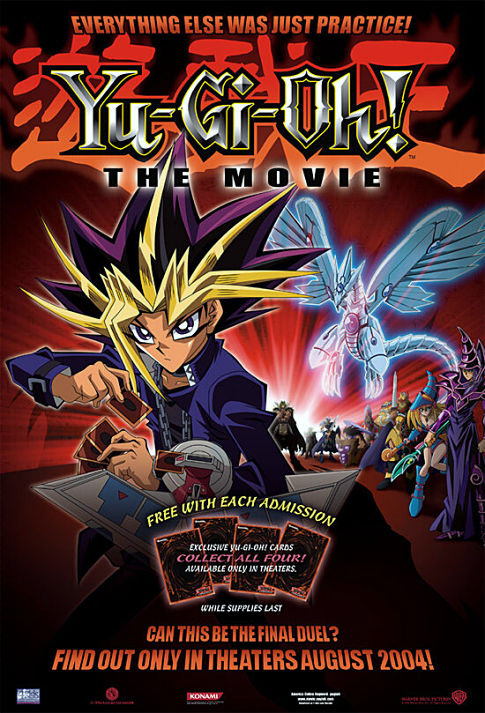