Why is “Yesterday” rated PG-13? The MPAA rating has been assigned for “suggestive content and language.” The Kids-In-Mind.com evaluation includes some kissing scenes and implied sex scenes, references to unrequited love, and a few cleavage revealing outfits; a man is struck by a bus during a blackout and we see him with bloody injuries and in the hospital missing two teeth, and there are several arguments; and a couple of F-words and other strong language. Read our parents’ guide below for details on sexual content, violence & strong language.” A dedicated but mediocre singer-songwriter (Himesh Patel) is injured in a bus accident during a blackout and when he awakens he finds that The Beatles have never existed. However, he has the sole memory of their music catalog and is amazed when he becomes famous for their work. Also with Lily James, Kate McKinnon, Ed Sheeran and James Corden. Directed by Danny Boyle. [Running Time: 1:57]

– A man and a woman enter a house and a bedroom at night, kiss three times for a few seconds, and lie on a bed, clothed; he lies on top of her and then she flips him over and lies on top of him as they kiss and the scene cuts to morning where the man is bare-chested in front of a window and the woman is hugging him from behind (sex is implied) and the scene then shifts to the couple leaving a church after their wedding and changes again to a scene where they have two children.
► A man and a woman in a bedroom, clothed, kiss briefly a few times, they embrace, and the woman breaks away, looking nervous; she says she does not want a one night stand, he says it might not be a one night stand, and she leaves, still looking nervous. A woman kisses a man on the cheek in three scenes. A man kisses a woman on the cheek. A man and a woman hug briefly in three scenes. Two couples hug briefly at the same time.
► A woman says that a song is as good as standing bent over backwards against a Buick (a sex act is implied). A woman checks a singer’s appearance, touches his shoulders and face and kisses his forehead. A man says to another man, “I bet you’re still making sweet love to [a woman’s name],” and the woman is standing there; she says, “No, never.” A man tells another man, “Twice a day, I would have loved her up like a lusty lion.” A man and a woman are friends, but the woman wants to have a romantic relationship, finally blurting out her feelings, “I’ve waited half my life for you to wake up and love me, ” she cries; he looks sad, and they part ways and he remembers her and cries in a later scene.
► A few women wear short-shorts that reveal most of their thighs and legs. A woman wears several dresses with V-necklines that reveal cleavage and a square-neckline dress with wide straps that reveals significant cleavage and the upper part of her bare back. A woman wears snug yoga pants and a neck-high short-sleeve top while doing yoga and her buttocks are featured in the frame for a few seconds. A man removes his T-shirt to reveal his chest, covered with hair from the shoulders down to the waistline of his slacks.

– Something unknown causes a global blackout one night for 12 seconds and a man on a bicycle is struck by a bus and knocked unconscious; he is thrown through the air for several seconds in slow motion and hits the pavement hard with a loud splat (no blood is visible) and he groans.
► A man wakes up in a hospital bed with blood caked over his nose, lips, gums and chin, two of his front teeth are missing and his hand and wrist are bandaged. A man sits in a dental chair as the dentist places an empty bite tray in his mouth and we later see the patient with his teeth replaced.
► A woman runs through hallways, mumbling then cursing, before she can reach a man she is chasing. A dozen fans chase a male singer on a sidewalk, shouting in excitement. Many paparazzi with flashing camera lights shout and chase a male singer to his car and lose him. A man argues with his parents, shouting loudly. A man shouts at coworkers for several seconds. A man argues with a woman several times. An awkward man bumps into several walls and doors, but is uninjured.
► A woman tells a male singer that she can offer him the poison chalice of money and he accepts a record deal. A very large crowd boos a singer for a few seconds and then cheers for him.

– A man says he is on heavy medication (we do not see any medication). Glasses of beer are shown in a bar and no one drinks, a man loads cases of beer onto shelves in a box store, glasses and a bottle of beer and glasses of wine are seen on a picnic table and no one drinks, a man carries a glass of beer to a table and does not drink, a man drinks from a glass of beer at a riverside as well as in a pub, many glasses of beer and a few glasses of wine are seen on tables without anyone drinking, a man and a woman sip from glasses of beer in a cafe and then sip from snifters of brandy, a man and woman drink from an individual sized bottle of liquor in a hotel room and a line of many empty small bottles is seen on a credenza, a woman and two men clink beer bottles together but we do not see them drink, two men on a plane receive tall glasses of champagne and one of the men drinks half of his, men and women hold glasses of champagne in three celebration scenes and a woman drinks from her glass twice in one scene and a man in the same scene sips from his glass, and several men and women hold plastic cups of beer or tall glasses of champagne in a few concert scenes, but no one drinks. No one knows what a cigarette is and the Internet shows no record of smoking after a global blackout.

– People can make their dreams come true if they pursue them long enough and tell the truth. 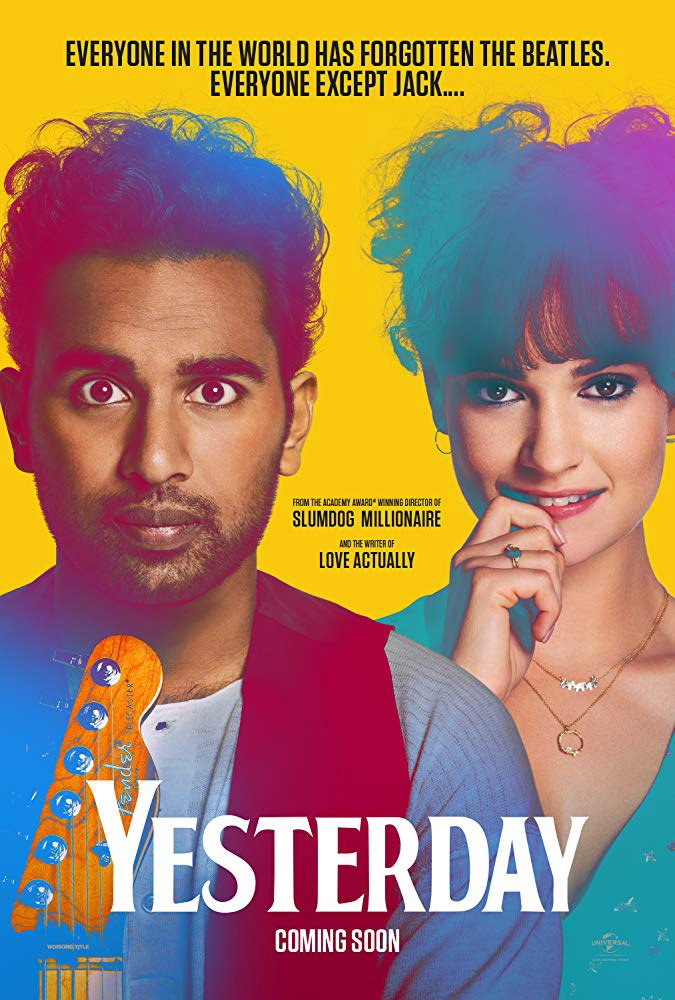