A man (William Hurt), just released from prison after six years on a manslaughter conviction, tries to sort out his life when he meets a troubled 15-year-old (Kristen Stewart), who's running from her broken family, and her friend (Eddie Redmayne), who is pursuing her and looking for his dad. The three travel together to New Orleans and the two young people begin to look at their lives differently while witnessing the man's inner turmoil. Also with Maria Bello, Marco St. John, Lisa Brock, John Gregory Willard, Grover Coulson, Doug M. Griffin and Eric F. Adams. Directed by Udayan Prasad. [1:42]

SEX/NUDITY 5 - In a blurred silhouette, we see a man and a woman lean toward each other and kiss several times. A teen boy kisses a teen girl on the cheek and she turns and kisses him on the lips. A teen boy embraces a teen girl wearing a strapless dress (we see slight cleavage) several times and she pushes him away. A man and a woman embrace.
► A man looks at a teen boy and a teen girl seated side by side, the man smiles and it is implied that the young couple had had sex earlier.
► A teen girl, a teen boy, and a man go on a road trip together and stay in a motel room: The man sleeps in the bathtub, and the boy and girl lie on a bed together (while fully clothed); the boy says he is obsessed with the girl and needs to touch her to make the obsession go away, she kisses him, he rolls over on top of her, and she yells and slaps him.
► A teen girl opens a boy's scrapbook and sees a large photograph of a nude man, with his genital area covered by a cutout photo of a woman's ankle and foot in a high-heeled, ankle-strap shoe. A nude woman lying on her back, covered to the upper chest by a sheet turns onto her side, and the sheet falls away to reveal bare shoulders and back to the top of her buttocks. In a series of flashbacks, we see a woman's bare feet and lower calves, we see her in a shower from the back (through a semi-opaque glass shower door), we see her with a man in the shower (without visible details) and we see them in the bathroom (he's bare-chested and she wears a knee-length opaque slip that reveals shoulders); she tells the man that she is pregnant, he smiles, and we see her wearing a wedding ring. A teen boy changes his shirt a couple of times, briefly revealing his bare chest. An older man changes shirts twice and we see his bare chest.
► A teen boy takes pictures of a teen girl in various poses (they are both fully clothed) and he leans on top of her to take a downward shot.
► On a road trip, a 15-year-old girl flirts with a 60-year-old man and asks the man to accompany her and a teen boy because she does not want to be alone with the boy. A man stares at a teen girl several times through a diner window.
► A teen girl plays a pinball game in a diner where a young man tries to talk to her and she tells him to go away; a teen boy tells her he made a mistake with her because he was drunk that night (implying a sexual encounter) and she asks the young man she rejected to come outside with her (he does). A teen girl asks an older man if he's ever been married and he replies, "What makes you think anyone would want to be married to me?" A teen girl asks an older man if she can live with him and he will take care of her; he stares at her for several seconds, they both begin to chuckle and the scene ends. A teen boy tells a teen girl that he has wide shoulders and a narrow tapering waist and she rolls her eyes.


VIOLENCE/GORE 3 - A man seated in a bar is approached by his wife, they argue, they walk outside where he tries to embrace her, she pushes him, another man joins the discussion, the husband pushes him away, and he falls, strikes his head on a fire hydrant and dies.
► A teen boy opens his car door into a parked van, a woman jumps out and screams, a man comes out, and yells at the teen and punches him; another man yells, puts a chokehold on the first man, jumps into the car, drives away and is pursued by two patrol cars (the man is arrested and put in handcuffs, but later released).
► We see a flashback of a man wiping blood from his wife's knee and thigh, and we see them in a hospital, where she lies under a sheet on a gurney and we understand that she miscarried a baby.
► A teen girl pushes a teen boy away twice during two conversations. A wife pushes her husband a few times.
► A wife tells her husband that she had an abortion and he is shocked. A man tells a teen girl and a teen boy that he was in jail several times: Twice in juvenile hall, once for freeing a valuable racehorse, once for drugs and one time for manslaughter. We see a husband in prison, his wife visits him, he hands her divorce papers, they argue briefly and she walks out. Several scenes feature brief arguments with raised voices between a teen girl and a teen boy, and between a husband and his wife.
► Throughout the film, a man experiences several flashbacks that result in panic attacks. A man sees a vision of his wife while in a restroom, he speaks to her, and he imagines they are somewhere else. A teen boy seems disoriented, confused and mentally unstable. A teen boy tells a teen girl that he scares people all the time.
► A teen boy sucks the heads of a dozen cooked crawfish while driving and tosses each one out of the car. A snake slithers out of a tub of water.
► Many scenes along roads in Louisiana show abandoned houses, yards full of broken down school buses, broken boats, home sites devastated by hurricane Katrina, flooded roadways and downtown areas in disrepair and poverty. A man is shown being released from a dark, grimy prison. A man, a teen girl and a teen boy find a spooky, abandoned house full of cobwebs, dirt, and stains, and spend the night there.

SUBSTANCE USE - A man tells two teenagers that he was in jail as a teen because of drugs. A shot of liquor sits on a bar in front of a man but he does not drink, a woman drinks a shot of alcohol in a bar, several bottles of beer are shown on a bar in front of people and empties sitting in front of empty stools, a man drinks from a tall glass of beer in a diner, a teen boy cries and says that he was drunk once and fell off a roof and was accused of attempting suicide. A man smokes cigarettes several times and we see a full pack of cigarettes a few times, and a few people smoke briefly in a bar scene.

MESSAGE - Running away is not a good idea. 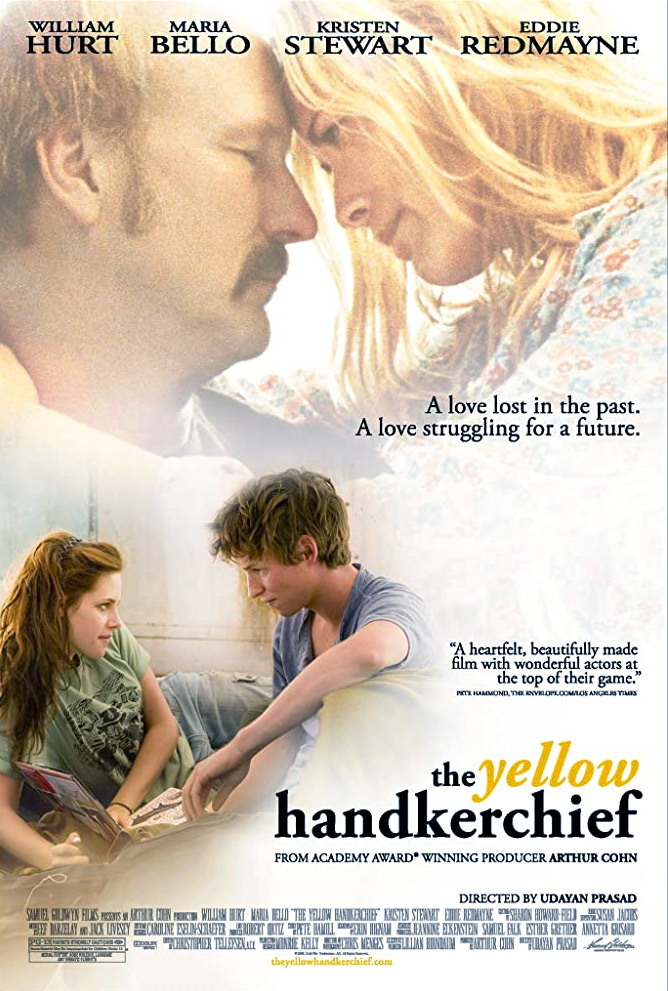