A Michigan man (Bryan Cranston) with business problems reluctantly takes his wife (Megan Mullally) and teen son (Griffin Glick) to visit his daughter (Zoey Deutch), who's studying at Stanford University, for Christmas. While there the overprotective father discovers that his daughter's rich techie boyfriend (James Franco) is a profane nonconformist with odd associates. Also with Keegan-Michael Key, Cedric the Entertainer and the voice of Kaley Cuoco. Directed by John Hamburg. [1:51]

SEX/NUDITY 6 - A wife wearing panties and her husband's long sleeve shirt (we see bared legs) asks her husband for sex and begins to unbutton his shirt; he says no because she has been using marijuana (please see the Substance Use category for more details) and she sits on a bed on all fours and twerks at him, then puts a leg around his neck as he grabs her chest, but he puts her under covers and says, "No sex," and she yells, "No penetration!"; the camera cuts to her in the bathroom, where a computer voice suggests she use toilet water sprays that are sexually stimulating and we see her seated on the toilet (bare thighs and lower legs are visible) as she grips the hand bars around the toilet, moans and the scene ends. A clothed man kisses a clothed woman and lifts her onto a desktop where he bends his knees and leans his face toward the woman's groin, seemingly to begin oral sex after saying, "Ho, ho, ho," as the scene ends (we do not see any sexual activity).
► A man on a computer screen shouts "hooty" and "smeg" three times in some sort of sexual reference, and unzips his jeans, where we see some pubic hair but no genitals. We briefly see a woman on a computer screen from above the waist-up as she is lying on her stomach and the side of one breast is visible (no nipple shows). A man is seen in the background on a computer screen facing away from the camera as he lowers his jeans and bounces his bare buttocks and thighs. A man is shown shirtless and reveals his bare chest, back, abdomen and upper pelvic area. Three men appear in a tank of water wearing swim trunks, baring chests, backs, abdomens and legs. A man in a toilet factory sits on a prototype toilet with trousers around his ankles and a lab coat covering his groin area (we see thighs and lower legs). A few women wear low-cut blouses and the tops of one woman's breasts jiggle as she talks. A teen boy trapped under the fallen moose is pulled out with a large set of moose testicles resting on his face.
► A tall metal sculpture of four thin tree trunks is said to be a man and a woman having intercourse. A painting depicts three deer lying on top of each other in a stack and is said to depict sex among the three animals. A paining of a rodent sitting on top of another rodent has large letters painted across the animals that read: "Humping Capybaras." A cartoonish painting shows a zebra mating with a horse. A crude computer animation shows a man being anally raped by a three-headed dragon with a rocket for a penis.
► A man and a woman kiss passionately for several seconds in three scenes, including one at a dinner table with her parents present. An older man and an older woman kiss briefly in two scenes. A man kisses a woman on the cheek, a man on both cheeks, and an older woman on the mouth; he kisses the back of another man's hand.
► A few party scenes feature women wearing mini-dresses that reveal bare legs to the top of the thigh and each of two of these women are twerking against a man. Two men and two women writhe against each other as they dance at a party; one of the men bends his knees to bring his face level with a woman's groin and the scene ends. A man wearing a long robe sprawls on an older couple's bed and he leans close to the woman who is wearing a shirt and under covers, making her embarrassed as her husband, also clothed, also looks embarrassed. A 15-year-old boy at a party pantomimes a sexual activity in the air and then twice to his father's chest. A younger man hugs a married woman outside on a bench, while her husband sees this from inside the house and becomes angry. A man and a woman practice yoga, falling several times and she falls on top of him, lying on his chest and the scene ends.
► A man seated on a toilet shows bare legs to the thighs; a cloud of talcum powder shoots up between his legs into his face, then a shower of toilet water hits him in the face as another man enters the room, squats and says he smells something odd, and then uses a remote control to place cross hairs over an animation of buttocks as we hear water spraying inside the toilet bowl and the man on the toilet looks pleased with a spray cleansing.
► We hear that sex-related videos are seen on a cell phone, but we cannot see the images, only the back of the phone as a man and a woman look disgusted as they seem to look at the screen. A man says that he is the result of a one-night stand between his parents.

VIOLENCE/GORE 4 - A stuffed bull moose stands in a tank of urine while two men fist fight in front of the tank; one man punches the other man in the face hard and they punch, choke, and wrestle for several seconds until one man grabs the groin of the other man, who breaks free and jumps toward the moose tank; he stands on top of the tank, it cracks, he falls into the urine and the front of the tank breaks to flood a living room and drench a dozen people in urine and a teen boy trapped under the fallen moose is pulled out with a large set of moose testicles resting on his face.
► A man attacks his employer and they wrestle, choke, and strike each other in martial arts practice; this is repeated in a yard, where the second man falls onto and bounces off a metal sculpture (no visible injuries are seen). Two men wrestle in a pantry and the first man twists the fingers of the second man to win the contest. A man slaps another man in the face. A man punches a chicken several feet across the yard and off camera.
► A few scenes contain arguments between an older and a younger man, the older man and his daughter, and the daughter and her boyfriend.
► Two men say they will steal a decorated Christmas tree from outside a business; one man fires up a chainsaw and the camera cuts to their car going down the road with the tree on the roof. A helicopter flies near a home, throwing roof and lawn decorations through a picture window, which shatters loudly (no one is hurt).
► Two scenes feature unusual foods, including edible soil with plankton foam and an edible newspaper. A server at a party uses a large hypodermic syringe to spray liquefied beef into a man's mouth. A bird defecates onto a man's shirt.

SUBSTANCE USE - A woman giggles and slurs her words as she tells her husband after a party that she was vaping marijuana from an E-cigarette (we do not see the vaping), and a man tells his college-aged daughter that she will vape marijuana before going on to use heroin and then becoming a hooker. A 15-year-old boy at a house party drinks several double shots of liquor with a man and a few other men and a woman hold tall cocktails and another woman drinks from a glass of wine, a woman drinks from a glass of clear liquid and two men drink from beer bottles at a dinner, bottles of beer and glasses whiskey and wine are seen on a restaurant table where men and women sit (they do not drink), and many men and women drink from beer bottles at a Christmas gathering in a home. 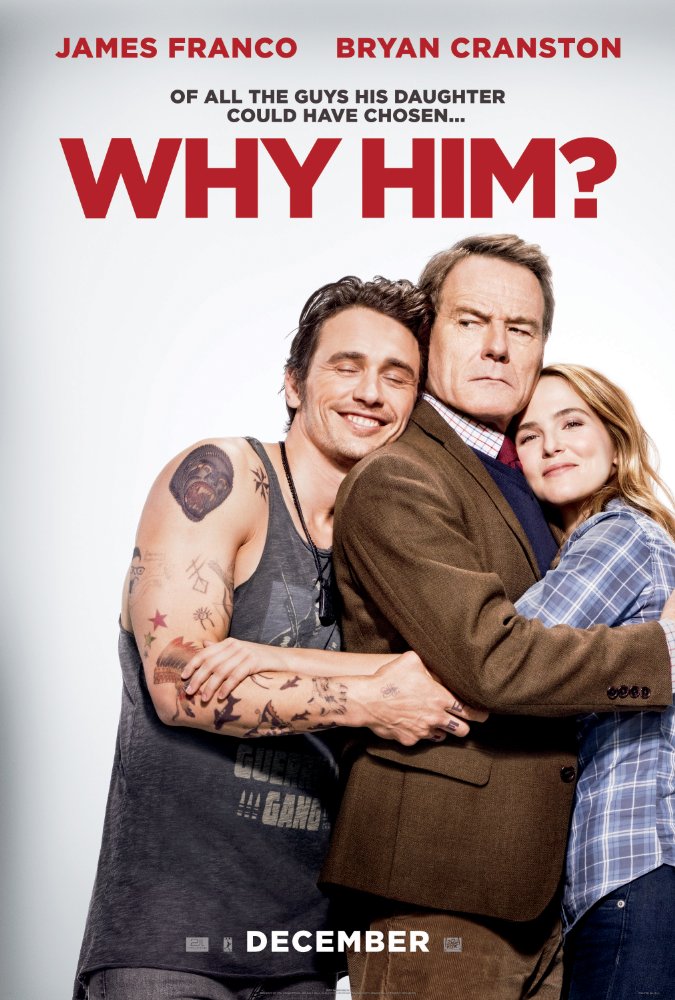