Michael Keaton stars as a successful architect whose wife dies in a freak accident, and he becomes desperate to communicate with her. He is convinced by a man whose young son died years earlier that it is possible to receive messages from the dead by listening and watching the static, or white noise, on radios and TVs. But there are consequences to meddling with the supernatural. Also with Deborah Kara Unger, Chandra West, Ian McNeice and Amber Rothwell. Directed by Geoffrey Sax. [1:41]

SEX/NUDITY 2 - A man admires his wife, who's wearing a lace slip; he holds her around the waist, kisses her neck and caresses her. A husband and wife hug and kiss. A man watches a home video of his wife, the camera zooms in on her clothed buttock and he makes a complimentary remark. A woman's robe hangs open revealing cleavage and part of her lace bra. A woman wears a low-cut top that reveals cleavage and a bit of bare abdomen.

VIOLENCE/GORE 6 - In several scenes we see three wispy blurs of black mist in the shape of human silhouettes. A man lies dead on the ground with blood pooled around his head, and his leg, below the knee, is twisted back. A man is shot three times in the back, he falls to the floor dead and we see bloody bullet holes on his chest. A wispy blur of black mist in the shape of a human silhouette attacks a man, thrashing him about, and we see the man being flipped and tossed and twisted and hear him screaming in agony. We see a woman in a hospital bed thrashing frantically. A man wakes up when he hears a noise, turns on the faucet in the bathroom, we see fleeting black misty figures moving behind him, he walks back into the bedroom and sees a woman standing on the balcony; she falls back crashing onto a glass awning below (we see it cracked), and we see her bruised and bandaged in the hospital later. A man gets out of his car on a very dark, isolated road, two street lights in the distance pop, power lines spark and flare, and he sees that a car has run into a pole and is on its side; the man approaches the car, a woman with a very bloody face pleads with him to save her baby, and then she dies; he reaches into the car and retrieves the infant just as a large transformer crashes down where the baby had been. A woman sits near a cemetery, we see wisps of black mist moving behind her, she appears frightened, looks quickly to one side and the screen goes black (it is implied that she has been killed). A man walks into a darkened, abandoned mill, he hears whimpering, walks toward a flickering light, pulls aside a plastic sheet, and finds a desk where someone has been (there are plates of rotten food with flies on them); he also finds a table with implements of torture on it, and a bowl with bloody water in it, and as he walks further and he finds a woman strapped into a chair and a man standing near her (it is implied that the man has been torturing her and plans to kill her). A man sees obscured images on a TV screen, hears a voice, he leans into the screen to rest his head against it, there is a loud thud from the inside of the television set causing him to recoil and we hear a frightened woman's voice briefly. A man walks into a darkened house, discovers that the house has been ransacked and finds a man lying dead on the floor (it looks like he has recording tape wrapped around his neck and he has an expression of terror). We see a woman falling against rocks, knocking her head and hearing a crack when her arm hits a rock, and we are told that her arm was broken. A woman is frightened when she sees her face on a television screen. A visually impaired woman who appears to be a supernatural medium of some sort sees a brief image of an open mouth, hears a scream, she flinches, appears very frightened and tells a man that he is in danger. We hear the sound of a woman whimpering coming from a TV set in a few scenes, and we hear a woman's voice saying, "it hurts." A man sees and hears reports on television about the death of his wife. A man sees and hears reports on television about the disappearance of his wife, and a man is given details about his wife's death (presumably by the police). A man yells at a man and tells him to stay away. A man enters his house and discovers that it has been ransacked. A man yells and throws something against glass causing it to shatter. A man driving a car swerves nearly hitting oncoming traffic. Two men are stuck briefly in an elevator that stops and goes dark. A man is startled when a radio begins to blare the sound of static unexpectedly, and a man is startled when his phone rings loudly. We hear angry voices yelling threats and audio speakers throb from the high volume.

SUBSTANCE USE - People are shown drinking alcohol and a woman takes pills to help her sleep.

MESSAGE - Although it is tempting to think that we can communicate with the dead, it is better to leave supernatural explorations well enough alone. 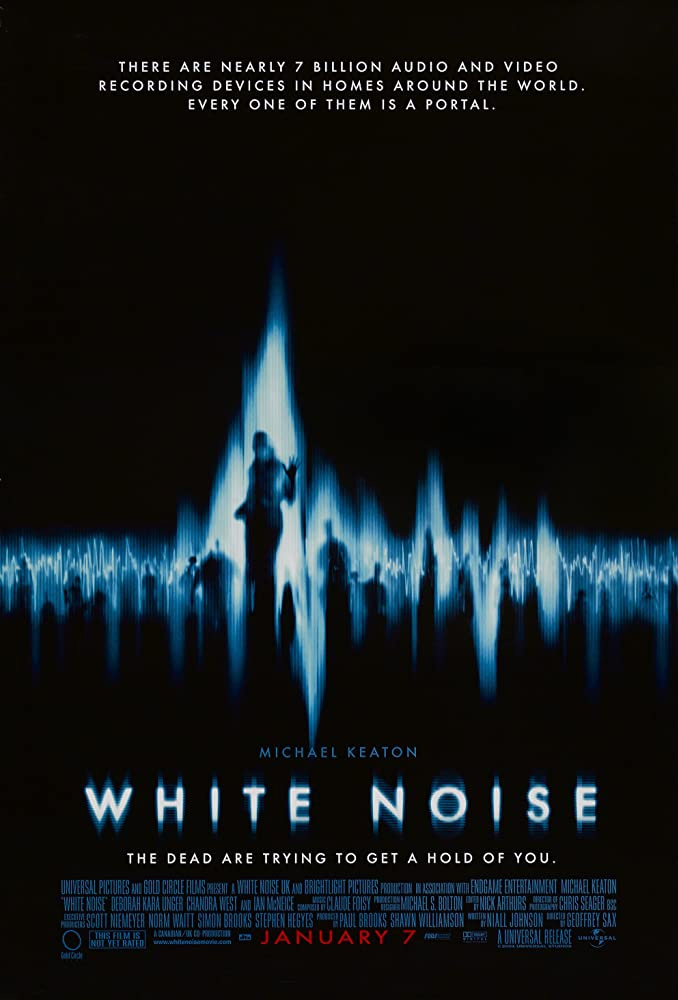