A woman (Debra Messing) planning to attend her stepsister's wedding refuses to go without a date. She resorts to hiring a male escort (Dermot Mulroney) who agrees to pretend to be her boyfriend, and ultimately make her ex-fiancé, who also happens to be the best man, jealous. Also with Holland Taylor, Jack Davenport and Jeremy Sheffield. Directed by Clare Kilner. [1:30]

SEX/NUDITY 6 - A man opens a shower curtain, a woman in the shower turns and covers her breasts with her hands (we see a very quick flash of her bare breasts as she turns). A woman leads a man to a boat, he lies back on a bench, she takes off his shirt (we see his bare chest), she takes off her blouse, bra and skirt (we see the skirt fall to her feet, and see her bare shoulders), and she climbs on top of him; they kiss, he rolls her over, they kiss again, we see her feet caressing his legs and we see them sleeping in the morning (we see their bare shoulders, backs and hips). A woman kisses a man passionately while other women look on and makes noises. A woman leans back against a car and closes her eyes, a man leans close to her speaking in hushed tones, coming near her face and neck but not touching or kissing her. A man and a woman lie in bed next to each other (they're fully clothed) and hold hands. A man and a woman hug. A man takes off his shirt and pants (we see his bare chest and boxers), a woman looks at him, he walks toward the shower and pulls his underwear off revealing his bare buttocks. A man steps out of a shower and stands nude in front of a woman, and she looks at him with embarrassment (we see his bare chest and bare buttocks). A man just out of the shower drops his towel and begins doing pulls ups in front of a window, and a woman across the street watches him (we see his bare back and chest). Two women (presumably exotic dancers) enter a room full of men with striptease music playing and begin unbuttoning their tops (we see some cleavage). Women wear low-cut dresses revealing cleavage, bare backs, and bare shoulders and in a few scenes we see part of the side of a woman's breast. Women wear short skirts with short tops that reveal bare legs, abdomens and cleavage. A woman wears low-cut dress that reveals cleavage, bare shoulders and her bare back. A woman wears a strapless dress that reveals cleavage, her bare shoulders and bare back. In a few scenes men and women kiss, and a man kisses a woman on the cheek, and a man kisses a woman's hand. Several women surround a man, caressing and making suggestive comments. A woman pours water down her chin and onto her chest wetting her blouse, she ties the blouse up revealing her bare abdomen, and she leans over suggestively and wiggles her hips suggestively; preparing to hit a ball with a bat, she addresses the pitcher by saying, "Be nice to me..." A man lies in bed bare-chested; a woman climbs into bed with him (she wears a traditional night gown) after having lined up pillows and blankets between them. A man tells a woman that he slept with another woman while they were engaged. A man looks at a woman and makes a sexual remark. A man winks at a woman and another woman makes a sexual remark. A man talks to a woman, suggesting that they have engaged in oral sex. A woman asks a man about his job as a "sex surrogate." People talk about a man's nickname being "Woody." A man tells another man that he is "a hooker." A woman says, "I wanna look hot" and a man admiring her says, "mission accomplished." Two men talk about "make up sex" in a few scenes. A woman calls a man "Mr. Tie Me Up, Tie Me Down." A woman makes conjectures about the shape of a man's private parts. A man makes a comment about his mother having been a prostitute (she was not). A woman pays a man for his company.

VIOLENCE/GORE 2 - A man chases another man, pulls off his coat, they run through streets, another man in a car comes alongside them, and one man trips and falls on the ground. A man trips a woman while they are dancing (he catches her before she hits the floor), and then she stomps on his foot. People tell a story about a boy having been hit in the face with a plastic chair by a jealous girl, and that he needed stitches. A woman talks about her daughter in a disparaging way, in front of a crowd of people. A woman repeatedly makes embarrassing remarks about another woman. A woman stubs her toe on something and hops around in pain.

SUBSTANCE USE - People are shown drinking alcohol and smoking tobacco.

MESSAGE - True love is worth fighting for. 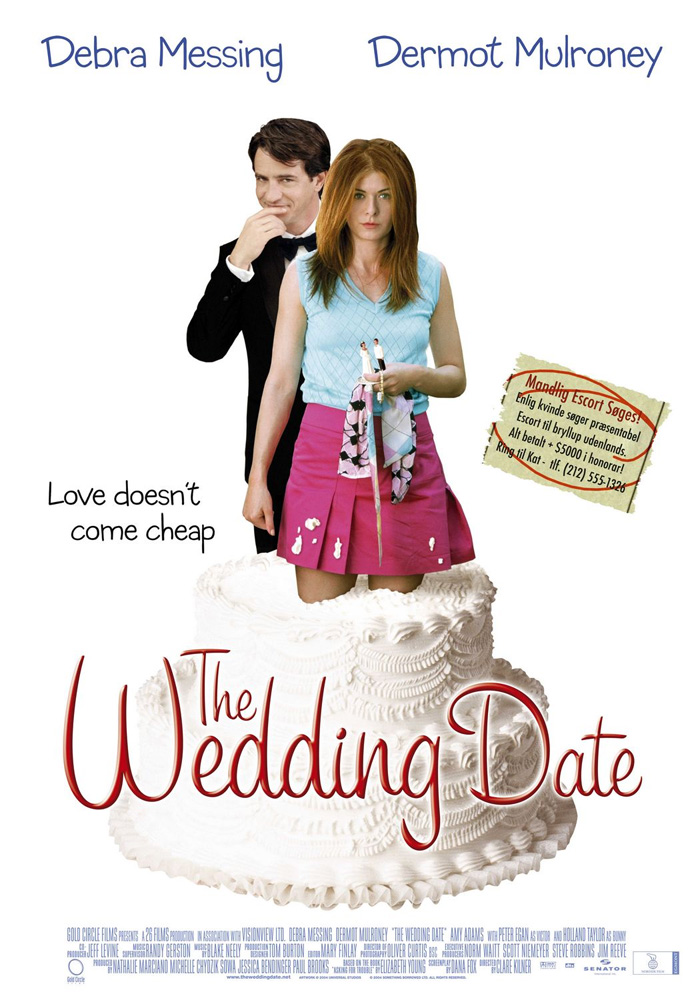