In this fifth sequel a vampire death dealer (Kate Beckinsale) confronts a large pack of werewolves, as well as enemy vampires. She finds useful alliances in a vampire-wolf hybrid (Theo James) and a Nordic Coven leader (Peter Andersson), who aid her in plans to end the eternal blood feud between the wolves and the vampires. Also with Tobias Menzies, Lara Pulver, Clementine Nicholson, Bradley James and Charles Dance. Directed by Anna Foerster. [1:32]

SEX/NUDITY 6 - A woman wearing a gown with cut-outs that bare most of her chest (we see breasts but no nipples) and buttocks caresses the lips and face of a man in close-up before he disappears below the frame; the camera cuts to his head and face in her groin but hidden by the gown and a bare thigh as he kneels, indicating oral sex (his head moves up and down) and she gasps. We see the faces and necks of a man and a woman in horizontal position, gasping, in a blurry flashback as we hear that the couple had a child later.
► Two women kiss on the lips for several seconds. A man and a woman kiss briefly. A man slams a woman into a wall twice, kissing her each time for several seconds.
► Several dozen men expand in size, ripping out of their clothing to become hairy werewolves (we see backs, chests, abdomens and buttocks. Please see the Violence/Gore category for more details); they have no visible genitals. Four men in different scenes are shirtless. A woman wears floor length gowns that reveal significant cleavage with a neckline cut to below the waist. Two women wearing backless dresses each reveal the side of one breast (no nipple shows). Several women wear body-hugging leather pants and jackets that emphasize curves in dozens of scenes. A few women wear moderately low-cut tops and blouses that bare moderate cleavage.

SUBSTANCE USE - A party scene features men and women drinking large glasses of blood, a woman drinks from a huge goblet of blood and spills it on her chest before dropping it with a crash below the frame (we see her own skin along arms and shoulders turn veiny and red for several seconds), a man injects blood into his own arm and gasps in pleasure as if it were a drug, a man drinks a vial of blood, several men and a woman each drink a drop of blood and look amazed with how strong they feel, a woman drinks blood from a knife, a woman drinks blood from a cut on a man's wrist (her teeth turn red with blood), a woman drinks blood from her own wrist (please see the Violence/Gore category for more details), we hear that a little girl's blood has magic powers and that her mother's blood brought a man back from the dead, vampires of two covens set up urns of blood in a castle room and pass out glasses of blood for members to drink for increased strength, and we hear that nightshade was used to coat a knife blade to poison or at least paralyze a woman.

MESSAGE - Never stop fighting for your family, your ethnic group, or justice. 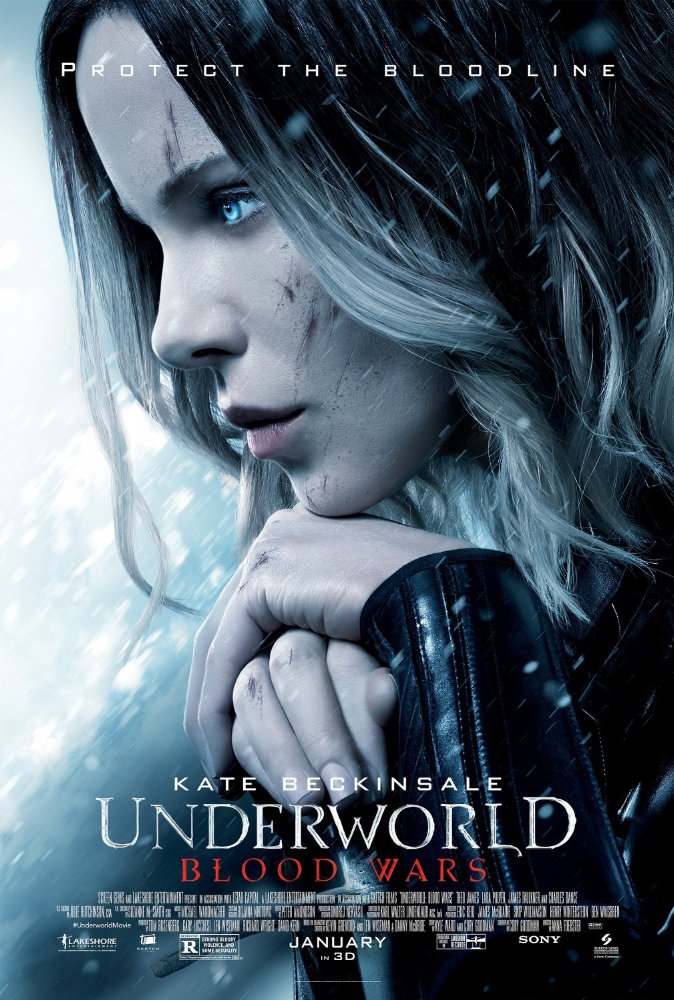