SEX/NUDITY 4 - Two women fight, end up tearing off pieces of each other's clothing, they end up in a shower stall getting sprayed with water, they rub themselves and each other and nearly kiss while three men watch eagerly. A man begins unbuttoning his shirt and talks to a woman about having sex with him. Women wear outfits that reveal cleavage, bare thighs and bare midriffs, in many scenes. A woman tears off her dress and has a tight-fitting, figure revealing suit underneath. A man kisses a woman, and a man and woman hug. A woman flirts with men in several scenes. There are several sexual references and some sexual innuendo: a woman becomes aroused while a man describes a large cigarette (called "the biggie"), a woman talks about having a "healthy sexual appetite," a man talks about "how good it might have felt," a woman says "he had sex with a white girl."

VIOLENCE/GORE 5 - Done in a campy, comical manner: A man pulls a man's heart out of his chest (he holds it in his hand covered with blood), he pulls another man's head and spine out (he swings it around), and he squishes a third man's head (blood and green goo spurt out). A woman shoots two men (we watch her shooting but do not see the men get hit). A man is hit in the face with a gun, and a man is hit in the face twice. A man hangs from a helicopter, is hit in the buttocks by two hair picks and falls into the mouth of a shark in the water below. There are many fights: Two men are hit with broomsticks and a man fights several men with punches, kicks and flips. Two men fight with punches, kicks and rolls; one of the men has blades on his wrists that he uses to slash at the other man and ends up cutting a chunk of his hair off. A man kicks down a door and fights several men; he punches, kicks, throws hair picks at two men pinning their sleeves to the wall, a man is hit on the back of the head and threatened with a gun, a woman hits a man knocking him out and a man kicks the same man while he's on the floor (we hear the thud). Two women fight with punches and kicks, they end up tearing pieces of each other's clothes off and one woman is shoved into the wall of a shower and appears unconscious. Two women fight several men with punches and kicks. A man fights three men with punches and kicks and we hear crunching sounds (it turns out to be his bag of chips), and a man hits himself in the crotch with nunchuks. A woman punches a man in the face and chest, and a woman kicks two men knocking them to the ground. A man sprays hot sauce in the eyes of two men. A woman shoots at a man and woman as the man jumps through a window. A man is chased onto a rooftop, he jumps off the ledge and opens a parachute. We hear a bang and a man falls to the floor saying he was shot (he is off screen and we hear him moaning and complaining). A man punches at a curtain (where he thinks someone is hiding) and a woman threatens him with a gun. A man shoves and threatens another man, a man is smacked on the head, a man shoves a woman and she falls down off-screen. A large explosion sends a man and debris over a cliff; the man inflates his pants and floats to the ground and the debris lands near some people on a beach below. A man threatens a man with a gun, three men threaten several people with guns, and a woman threatens three men with guns. Several men threaten a man and woman with guns, several men hold weapons on people in a van, a man waves a shotgun around a room full of people, a woman threatens a man and woman with a gun, and a man threatens a man with a gun. A car is chased by three motorcycles: One cyclist is hit on the head with a flying 8-track tape, another cycle skids on some liquid sprayed onto the street. There's a low-speed car chase with golf carts, and one ends up running into a gas pipe, which explodes. A man climbs onto and nearly falls off a high ledge. An African-American man is strapped into a chair and shown images that cause him to panic and yell (they are images of presumably stereotypical Caucasian activities, like people on the beach, etc.). We see an x-ray showing a person's foot in another person's backside. A man and woman sit in barber chairs, the floor opens beneath them and they fall through tunnels (the man screams). A car spins through a street after it nearly hits another car. A bird defecates on the windshield of a car (we see the goo splatter). Mayonnaise is slathered on sandwiches in a couple of scenes and it makes squishy sounds (the scene is meant to be disgusting).

LANGUAGE 5 - 2 F-words (one is bleeped), 2 obscene hand gestures, 14 scatological terms, 12 anatomical terms, 44 mild obscenities (several in the lyrics of a song), 4 derogatory terms for African-Americans, 4 derogatory terms for Caucasians, 1 religious profanity, 3 religious exclamations. There are racist remarks, jokes and stereotypes throughout the movie that can be construed as racist both from African-Americans toward whites and vice versa: For instance, a white man says of African-Americans "they're taking over," a man says "I want the White House to stay white." There's also a depiction of a Colin Powell-like Presidential candidate as being an "Uncle Tom" because he gives up politics to open a fried chicken fast food chain.

SUBSTANCE USE - People discuss ways to market cigarettes to African-Americans. A man pulls out a bag of marijuana and a man acts high after coming through a cloud of smoke (presumably having inhaled some).

MESSAGE - If we all work together we can accomplish anything. Be true to yourself. 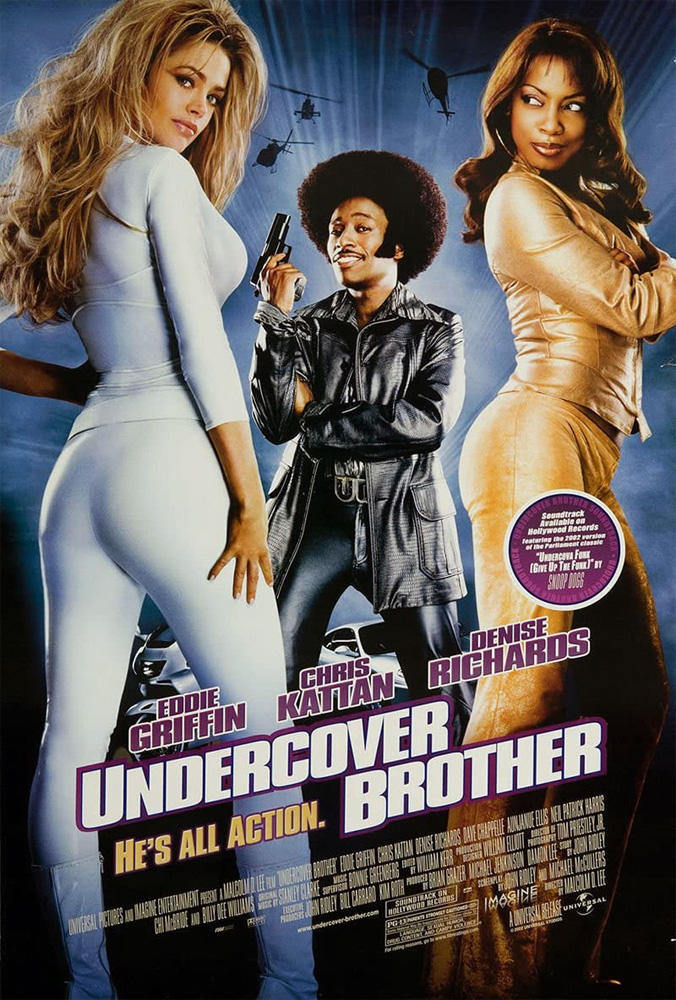