Why is “The Turning” rated PG-13? The MPAA rating has been assigned for “terror, violence, disturbing images, brief strong language and some suggestive content.” The Kids-In-Mind.com evaluation includes an implied rape, an attempted kiss between a teen and his nanny, a few cleavage revealing outfits and nudity in a photo; an implied rape and murder, an accidental death, a dead body trapped under water, several scenes of a woman being frightened by ghostly images and occurrences, many jump scares, unexplained noises and voices and dark passageways, several arguments; and at least one F-word and other strong language. Read our parents’ guide below for details on sexual content, violence & strong language.” Based on the Henry James novella “The Turn of the Screw”: When a woman (Mackenzie Davis) accepts her first live-in nanny position on an isolated estate, she doesn’t realize how complicated the lives of her young charges (Finn Wolfhard and Brooklynn Prince) are and how many secrets they are hiding. Also with Karen Egan, Mark Huberman, Niall Greig Fulton, Denna Thomsen and Kim Adis. Directed by Floria Sigismondi. [Running Time: 1:34]

– A woman hears noises and voices coming from a room and she sees a woman being held on a bed by a man that has his hand on her throat and is apparently raping her (please see the Violence/Gore category for more details).
► A large painting of a nude woman is seen in the background of a scene and bare breasts are visible. A photo of a woman’s bare buttocks is shown briefly. A woman sits in a bathtub and we see her bare back, legs and shoulders with flesh tones showing through the water. A woman wears a nightgown that reveals cleavage in a few scenes. A photo of a woman wearing a nightgown is shown with a caption that reads, “You’re even sexy when you sleep.”
► A woman lies in bed sleeping and a teen boy stands next to her and touches her face; she wakes up with a jump and he says he was taking a spider off her face (he’s holding a spider in his hand and crushes it); the boy then sits on the bed next to her and moves to try to kiss her and she pulls away and sends him to bed. A teen boy tells a woman that his special friend thinks the woman’s tattoo is “sexy.”

The Turning SUBSTANCE USE

– A reference is made to a man taking a teen boy to a bar and that they both got drunk, and a comment is made of a man smelling of liquor.

– You can’t escape the inevitable. 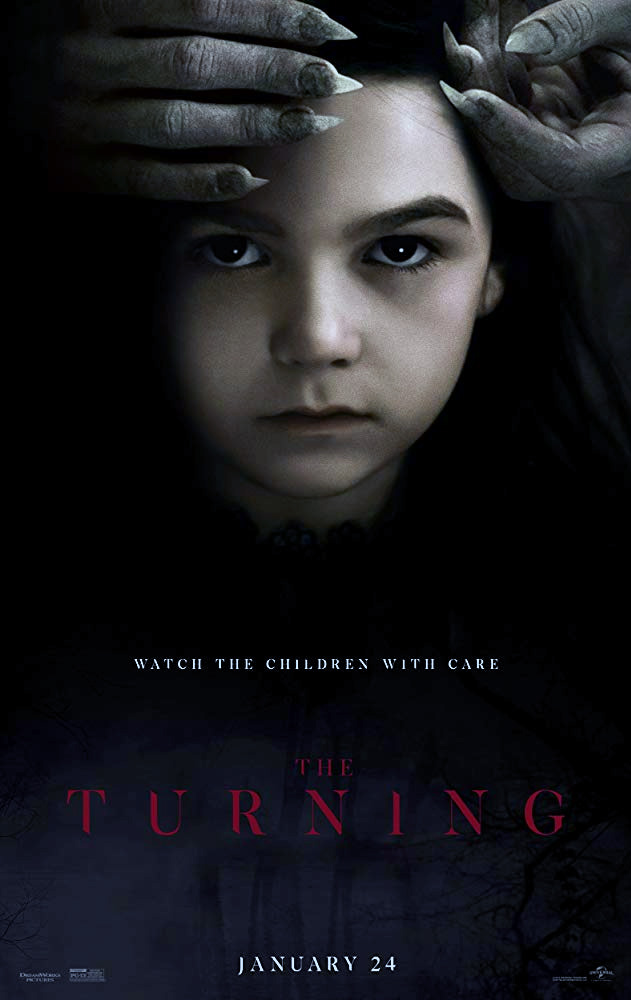