The story revolves around the medieval legend and opera of Tristan & Isolde, during a time when Britons were fighting the Irish for their freedom: the young lovers, the Briton knight Tristan, and Isolde, the daughter of the Irish King, are forced to forgo the passion they have for each other when it's evident that their relationship threatens the truce between their two countries. With James Franco, Sophia Myles, Rufus Sewell, David O'Hara and Mark Strong. Directed by Kevin Reynolds [2:05]

VIOLENCE/GORE 8 - A man's head is cut off using a sword and we hear the slash and crunch.
► Many men ride into a caravan under guard, and they attack: one man carries another man's severed head (we see blood on the neck) as a warning, a man slashes a horse and we hear it moan, and a man slashes a young man (we see blood on the wound) who then kills him.
► A man and a young man fight with swords: one is stabbed in the abdomen and in the chest, and he then stabs the other man in the stomach; the man falls to the ground dead, and the other man cuts his head off and carries it by the hair to show other men.
► A man and a young man fight with swords (the man had been stabbing a sword into a cage where people are being held captive): the man is stabbed several times and dies and the young man is slashed across the abdomen and complains of not being able to feel his legs or arms.
► A man with a sword charges toward a boy to kill him, another man stops him but his hand is hacked off (we see the hand fall to the floor and blood spurts), and then he kills the attacker.
► Many men with weapons ride into a village, they break into homes, and they hang a man who resists them (other people watch and we see the man's feet twitching).
► Many men with swords fight: many are struck hard by large swords, we hear loud crunching and squishing, one man is hit and falls to the floor, a young boy hides beneath the floor and the man's blood trickles through the floor boards and onto the boy's hand (we see many dead bodies on the floor and the boy finds his mother slain and his father dead with blood on his mouth and face).
► Many men fight inside the walls of a castle: they slash, stab, and club each other, we see a man shot in the neck with an arrow, and another is slashed across the chest. A young man is stabbed, he falls to the ground and dies (we see blood on his nose and mouth). A young man pulls a sword out of his abdomen and blood pours from the wound. A young man dies from wounds he suffered in a battle and another is presumed dead. A young man dies of his wounds and we see blood soaked clothing shimmer.
► Many men with knives and torches enter a fortified area, they set thatch roofs on fire, they break into homes and a room where men are meeting, and all of the men fight.
► We hear of a village being attacked, that the men were executed and we see the village in ruins and with smoke billowing. A large number of men march on a castle, people hide inside the walls, archers on top of the walls fire arrows and hit several of the men on the ground, fires are lit to burn the walls, and tree trunks are used as battering rams to break down the entrance.
► Two men attack a caravan by shooting two men on horseback with arrows, the two archers run through a forest and are chased by several men on horseback, and the horsemen are attacked by other men who are hiding and they are then massacred. A man is shot in the back with an arrow and he is surrounded by many men with swords and clubs, who yell and charge toward each other.
► A man in camouflage attacks another man and kills him with a knife. Two men are attacked and stabbed repeatedly. A man and a young man fight with swords and daggers: they slash and lunge at each other, one is slashed on the arm (we see a bit of blood), one is slashed on the leg (we see a bit of blood), and one is held with a dagger to his throat, and he concedes the fight.
► Men with clubs and swords fight in groups of two in a competition and we see men one-by-one being dragged out of the area unconscious and wounded (we see them with bloody noses, one is bandaged around the chest and the bandage is bloody). We see several boys practicing to fight with wooden swords: one attacks several others with sword strikes and kicks and defeats them all.
► A man sees his pregnant wife dead on the floor after an attack. Two dead young men are pushed out to sea in boats filled with brush, and archers shoot flaming arrows into the boats igniting them. We see a traditional funeral where a body is placed on a bed of dried brush and ignited.
► People are loaded into cages and taken away as prisoners (or slaves). A young man is found unconscious on the beach with a large wound across his abdomen.
► A man talks about putting poison on his sword to kill his opponents. A king talks about "wanting slaves... young ones." A young man and a young woman are taken away and we see the young man in a dungeon cell.
► A boy pounces on a wild hare (we do not see the strike but see the boy carrying the carcass later). We see a skinned hare and another larger animal cooking on a spit.
► A man spits on a man.

MESSAGE - Love is better than life. 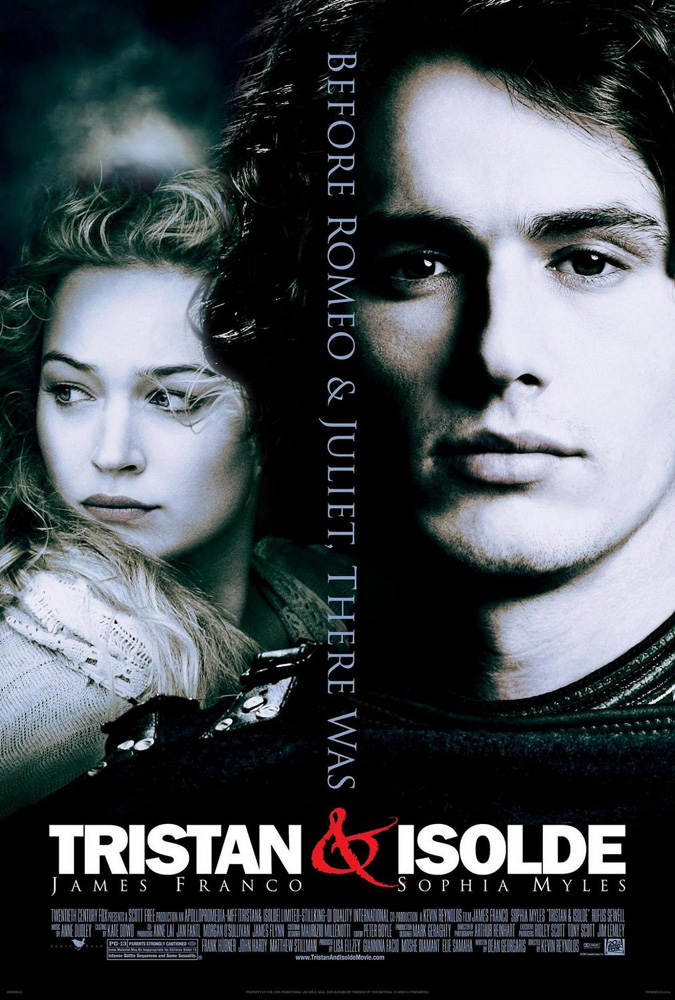