At age 14 a boy (Adam Sandler) fathered a son (Andy Samberg) and raised him haphazardly as a single parent until the boy left home on his 18th birthday. Mom, the boy's schoolteacher, went to prison. Now, after an estrangement of years, the father shows up at his son's wedding in search of a loan, but finds a nest of secrets. Also with Leighton Meester, Susan Sarandon, James Caan, Will Forte, Milo Ventimiglia, Rex Ryan and Vanilla Ice. Directed by Sean Anders. [1:54]


VIOLENCE/GORE 5 - A bride grabs a large knife at her wedding, screams and charges a man with it and her fiancé strikes her with a beer bottle to stop her (she falls unconscious); a man becomes angry and another man knocks him out with a beer bottle (we see no damage or blood on either person).
► A father punches his son in the nose for impregnating a teacher and the boy falls off his chair, but is unharmed. A man wearing only underwear pounds on his groin, says it's strong and wrestles with two other men; one of the others knocks him unconscious with a beer bottle. A priest and a bridegroom have a fight after the priest says that no one's father was as bad as his own, hitting him regularly with a rake and no one will insult fathers in the church; the priest punches the groom in the nose, they go outside where the priest hits the man several times (we see no blood), and another man knocks the priest unconscious using a beer bottle (we hear that the priest is unharmed). A man pierces another man's ear; the second man screams and we see blood on his cheek. A man spits his beverage on the chest and lap of a woman sitting next to him.
► A man throws a chair across a tax office when he finds out he owes the IRS a large sum of money. A man drives a car over the speed limit and misses crashing into a gasoline tanker truck by driving under it; he drives off the road to avoid oncoming traffic and falls off a high wall into some grass and limps a bit, but recovers quickly.
► A man argues with several friends as he tries to get a loan from them; he argues with one friend about having sex with the friend's mother (please see the Sex/Nudity category for more details) and they break a glass coffee table, although no one is injured. A father and his son have several arguments about the son's childhood; the son complains that he was forced to get a full back tattoo at the age of 7 and was forced to drive his drunken father home at the age of 8. People in a wedding party argue and a soldier barks loudly like a dog at the bridegroom. A bridegroom learns that his fiancée is having sex regularly with her brother and he begins shouting. A Marine says to a man, "You hurt my sister and I'll take my government-issue revolver and stick it up your pooper-chute and fire." A man tells fictional stories about saving the life of his estranged son in a subway incident where he supposedly jumped onto the track to retrieve a burrito and almost died under a subway train. We hear that a priest once killed a man in the boxing ring. A man says that another man's father died in an explosion that left only a part of one testicle and that a squirrel stole that. A man admits that he is in a rage-a-holic support group. A man complains that he pooped in his pants as a child and had to walk home that way.
► A man gags and vomits into an ice bucket after discovering incest between a brother and sister (please see the Sex/Nudity category for more details) in a hotel room. Several men from a bachelor party get drunk and urinate on the side of a restaurant as people look down at them from windows; they level streams of urine at the windows, one of the men has a rifle and shoots out a window (no one is harmed), another man falls backward into a hedge of flowers and we see a stream of urine shoot into the air as he laughs. A man becomes enraged, storming out of the prison after being tasered, falling and defecating in his pants (we hear the noise) during a prison visit to his mother, who's serving time for having sex with his dad when his dad was 14 and she was his teacher. At a party, a man exaggerates movements of adjusting his underwear with his hand and party guests make faces at him. A two-year-old in a baseball game picks his nose and grabs his groin while catching a ball. A Chinese butler at a dinner hears a slur against the Chinese and licks a plate to be used for dinner as revenge.

SUBSTANCE USE - A man snorts cocaine and slurs his words as we see white powder on his nose and upper lip in a crowded strip club, a grandmother at a party says that perhaps a man is acting strangely because he is doing hashish (he is not), a man keeps a bong under the counter where he works at a movie concession stand, a man lights and smokes a bong at work and takes it to an ice rink to smoke and skate, a man complains that his father gave his (first man's) cobra Quaaludes that made it sing when he (the son) was a child, and a man asks another man if he is back on drugs and the man responds yes and then no. A man keeps six prescription bottles lined up on a table at home, we hear that a man needs large doses of Xanax (we never see him take any medications), we see a plastic case containing two syringes that he tells his father are insulin, and a man blames his dad for his diabetes because dad fed him candy at all meals when he was a child. A man carries a fresh can or a bottle of beer with him at all times and we see him drinking in public and private all hours of the day and night (he never appears drunk), a man drinks several 40-ounce bottles of beer with a friend in an alley where they pile up several empty bottles, we hear that a man lost a fortune buying drinks for people when he was younger, several restaurant and home dinner scenes feature men and women drinking wine from glasses and beer from cans or bottles, several party scenes feature men and women drinking champagne and glasses of beer or whisky, a man at a party turns down a second beer and jokingly says that 20 is his limit, several bar scenes feature men and women drinking from beer bottles and we see bottles of wine and liquor on the back bar area, several men and women drink beer in a strip club. 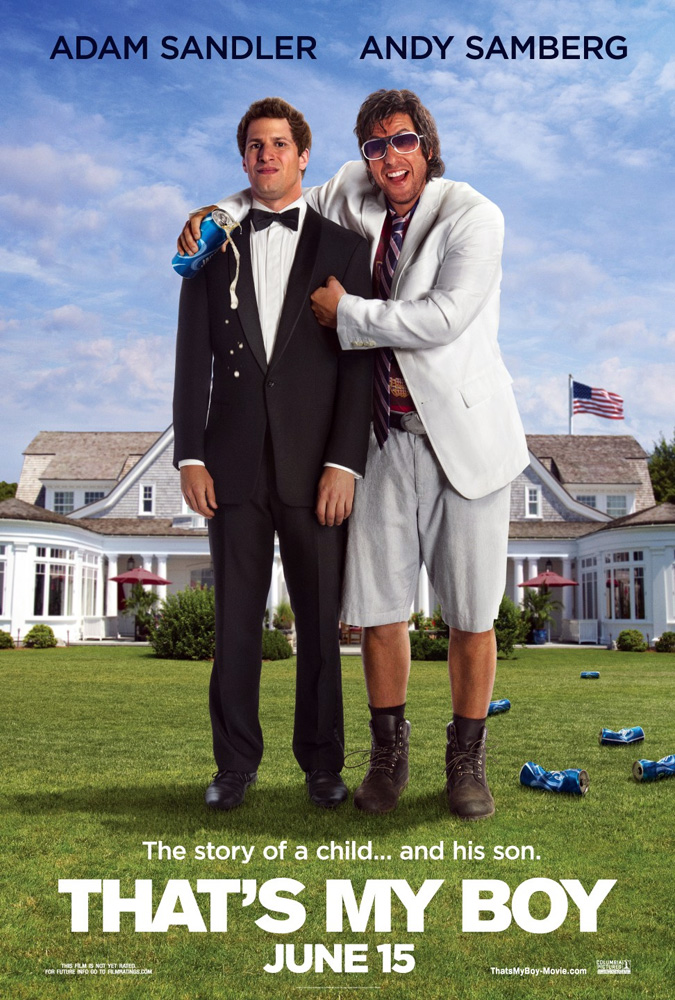