In this sequel to the 1974 cult horror film, townspeople blame the Sawyer family for the original chainsaw massacre and vigilantes surround the Sawyer house and burn it to the ground trying to kill every remaining family member. Decades into the future a woman (Alexandra Daddario) inherits a Texas estate and brings friends (Tremaine Neverson, Tania Raymonde and Keram Malicki-Sánchez) on a road trip to see it without realizing that horror resides in the basement. Also with Don Yeager, Thom Barry, Paul Rae, Shaun Sipos and Bill Moseley. Directed by John Luessenhop. [1:32]

SEX/NUDITY 7 - A woman is shown lying nude from the waist to the feet with her thighs together: her pubic area is shaved and tattooed wings at the area are completely visible. A woman wears a man's long-sleeved shirt, opened partially down the front to reveal most of her bare breasts, including one nipple. A woman's bare buttocks and thighs are seen while she is turned to the side on a car seat. A woman is shown clad in a bra and a string bikini bottom so that we see her entire nude body except for nipples and pubic area and we see tattooed wings rise above the pubic area to the lower abdomen. A woman wears tight short shorts throughout the film, with several close-ups shown of her bottom and bare thighs, followed by her groin area and bare thighs. Several women wear halter-tops and tank tops that reveal bra straps and cleavage. A woman changes her top while in a van and we see cleavage above her bra line, along with bare shoulders, arms and abdomen. A woman wears a tight jersey blouse with a bare midriff that reveals her belly button. Two men appear in separate scenes with bare shoulders, arms, chest and abdomen.
► A woman lures a man into a barn stall by saying something scared her there but we see a bottle of liquor and two glasses (please see the Substance Use category for more details); in a few hours, we see the man bare-chested and the woman wearing the man's shirt, suggesting sex occurred. A woman sits on a couch with her blouse off (we see her wearing a bra that reveals cleavage and her bare abdomen), and her boyfriend is bare-chested and begins kissing her bare shoulders and throat until a knock at the front door ends the scene. A woman grabs a man's groin in a grocery store and he tells her to "keep her hands off my [scatological term deleted]," because they had sex previously "only once."
► A male sheriff's deputy shows attraction to a new woman in town, smiling and saying that he will have to "run her in" (arrest her) and she smiles and walks away. A woman grabs her own buttock to indicate that the Halloween costume she's making will be sexy.

SUBSTANCE USE - A woman is seen smoking a marijuana cigarette. Two men in a house drink beer from bottles and a woman drinks a tropical drink, three people drink wine from glasses in a house, several people sit on the front steps of a house and they all drink champagne, we see a bottle of Tequila and two glasses set up for a tryst in a barn (please see the Sex/Nudity category for more details), a man and a woman sit at a table in a bar with beer and whiskey in front of them (we do not see them drink) while other men and women drink from glasses of beer and mixed drinks, a mansion has a wine cellar in which we see stacked cases of wine and other bottles lying in wine racks, and a man drinks wine while playing pool in a house. A woman smokes a cigarette in her house, and a Sheriff's Deputy smokes while leaning on his cruiser.

MESSAGE - Family history can be strange. 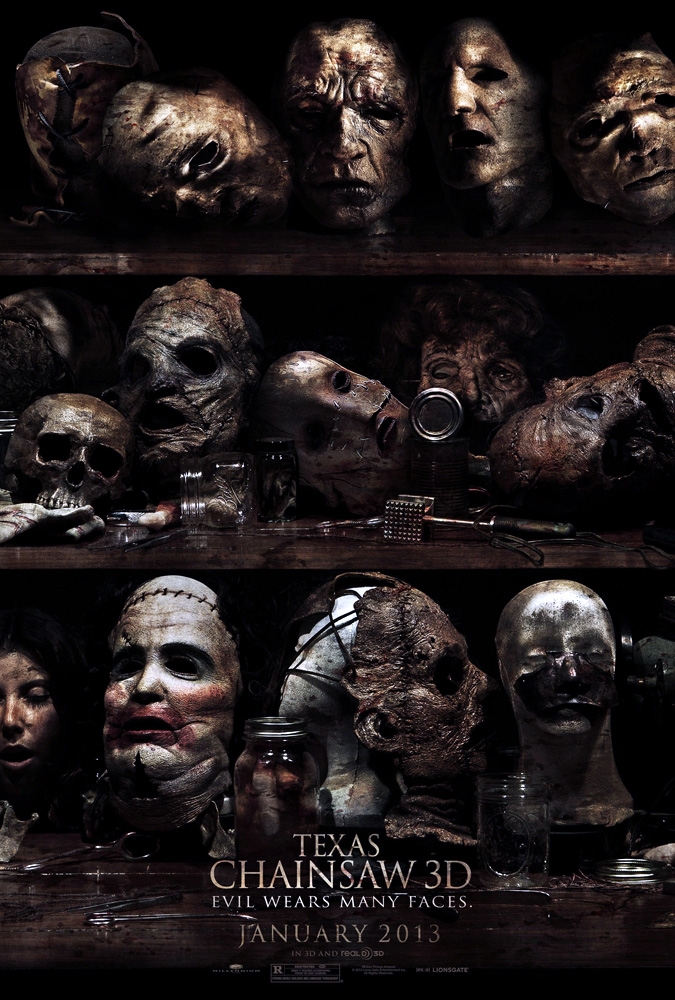