Sequel to "300," released in 2007, and based on a graphic novel: Greek general Themistocles (Sullivan Stapleton) fights to unify all city-states of Greece to continue fighting against Persian forces led by King Xerxes (Rodrigo Santoro) and Queen Artemisia (Eva Green). Also with Hans Matheson, Lena Headey and Calvin Mulvey. Directed by Noram Murro. [1:42]

SEX/NUDITY 7 - After a woman attempts to bribe a man to fight on her side in battle, the couple has violent sex: She sits on a map table and bares one thigh, rubs his bare chest with her hands, grabs him by the throat and then by the hair, then caresses his lips with a finger and he grabs her by the throat, sits her back farther on the table, and we can see that he is thrusting below the shot as she moans; he picks her up and slams her against a wall and they both grab each other's hair as he thrusts and he rips off her bodice and we see her bare breasts as he bends her over the table and thrusts until they start arguing about war and she angrily pulls a sword and places it to his throat, but allows him to leave; the man, now nude, holds a cloth in front of his crotch and we see him in a side view with bare chest, abdomen, buttocks, thighs and legs.
► A woman tongue-kisses the severed head of man on the lips (please see the Violence/Gore category for more details). In a night scene we see shadows of men beating women with clubs, slashing them with swords and raping them: the camera cuts to a 10-year-old girl who is watching and crying and cuts again to a view of her chained to the bulkhead inside a wooden ship as a large man comes close to her and removes his tunic, suggesting rape as the scene ends.
► In darkness and in close-up, two men carry away a woman wearing a long-skirt and her head is covered; her torso is bared and her breasts shake (we see her bare breasts and abdomen above the navel). Two thin nude women sit in the lap of a Persian general and we see bare breasts, buttocks and thighs as they run away.
► Thousands of male warriors wear only briefs and sandals or short skirts and leather chest straps that reveal chests, shoulders, arms and legs. A man who becomes a golden god wears gold-jeweled briefs that bulge at the groin area and we see his bare chest, shoulders, arms, back and legs. Two women wear floor length gowns that bare arms and torso sides through cutouts. Women wear gowns that have slits up the front, occasionally revealing bare legs to the thigh. A woman wears a gown that is off the shoulder and reveals significant cleavage. Elderly men wear togas that reveal bare arms.

SUBSTANCE USE - An ancient potion is mentioned that can turn a man into a god (we do not see it). A man pours and drinks wine with his meal at his throne, and a man smells a cup of wine on a ship and does not drink it. 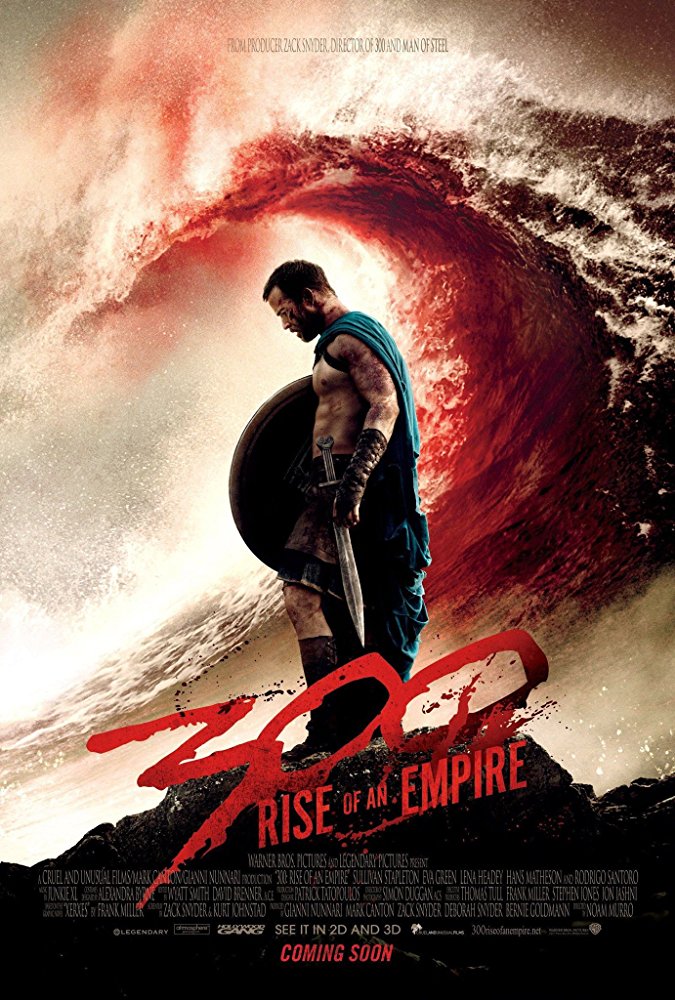