Why is “2 Hearts” rated PG-13? The MPAA rating has been assigned for “brief strong language.” The Kids-In-Mind.com evaluation includes several kissing scenes, several beach and swimming scenes with people wearing swimwear, several scenes of people sick with life-threatening illnesses and a few showing people in comas and receiving organ transplants, and at least 1 F-word and other strong language. Read our parents’ guide below for details on sexual content, violence & strong language. Based on a true story: two couples decades apart (Jacob Elordi, Tiera Skovbye and Adan Canto, Radha Mitchell) find both love and challenges, and as the years pass, the couples experience events that bring them together. Also with Jason McKinnon, Kari Matchett, Tahmoh Penikett, Steve Bacic, Anthony Konechny and Jordan Burtchett. Directed by Lance Hool. [Running Time: 1:40]

– A man and a woman lie in bed under covers, kissing and we see their bare shoulders and arms, his bare chest, and the side of one of the woman’s breasts. Two scenes feature a different man carrying his wife into a bedroom and the scenes end with sex implied.
► A scene with a couple in their 30s includes them flirting, smiling and giggling; the scene is repeated with an 18-year-old man and a 21-year-old woman. In several scenes, we see a man and a woman kissing for several seconds and saying, “I love you.” Two couples kiss for several seconds at their weddings. A woman says that she wants to have dozens of babies.
► A woman walks into a dorm room and sees a shirtless man in a very long beach towel wrapped around his waist; he says he feels naked and she laughs and leaves. A shirtless man is seen and we see his bare chest with a large scar along with his bare shoulders, back and abdomen. We see a few shirtless men in knee shorts playing basketball. A shirtless man wearing knee shorts is shown in a beach scene, a few college-aged men are shirtless and swimming, a couple of men in athletic short-shorts with bare legs, and a woman wearing a lacy one-piece suit with a low-cut back (we see cleavage and bare legs to the suit openings). A beach scene features a woman wearing a skimpy bikini (we see bare shoulders, cleavage, legs to the upper thighs, abdomen and the bottom of her buttocks). A woman wears a strapless gown that reveals bare shoulders and cleavage.

– A teen boy collapses on a soccer field and the scene cuts to an operating room where the left side of the boy has been cut open and is bloody, and two surgeons remove a ragged lobe of lung; we hear that the boy has a serious unnamed lung disease and hear a doctor tell the family that he will not live to be 20. Three flashbacks show a college freshman on a gurney and unconscious as he is rolled through a hospital corridor and his friends look frightened; the flashback cuts to the patient in bed with his family and friends gathered as a doctor enters the room and states that he has either a brain aneurysm or a leaking vein; the patient is in a coma and intubated with two large breathing tubes extending from his throat and many beeping monitors graphing vital statistics. A flashback shows a hospital corridor going to black and coming up on a patient being placed into an MRI as a voiceover says he had many tests that were inconclusive.
► A young man collapses in an apartment and one of his friends says he does it all the time to scare people, and the man gets up. A young man faints and is unable to be revived as his friends shout and rush him to a hospital. A doctor in a hospital room and in a meeting room announces that a patient is brain-dead and we see that his driver’s license indicates he’s an organ donor, but a relative becomes angry and shouts that it is wrong to give away parts of the patient (men and women in the family and the patient’s fiancée cry). Dozens of people wearing dark clothing hold open black umbrellas at a short funeral where a coffin lies over an open grave; men and women cry.
► A man in his 30s has a nagging cough and it worsens over time; he is gradually shown wearing an oxygen clip in his nose and uses a cane; eventually he can hardly walk and must be helped in and out of chairs and cars, and is offered a lung transplant; he makes out his will and refuses the transplant, but later accepts the transplant and wakes up in a hospital bed, removes the oxygen clip from his nose and says he can breathe again, and that he feels much younger and looks younger. In a fantasy scene, a woman cries and holds the hand of her comatose fiancé; he wakes up and says he had a dream that he was a frightened caterpillar stuck in a cocoon, but the woman’s voice brought him light, God’s voice told him he was worth more, and he became a butterfly.
► In a fantasy sequence, a voiceover narrates as a woman cries beside an empty crib, wanting a baby, and then the scene cuts to the woman telling her husband she is pregnant; the scene cuts to a pregnancy yoga class where a dozen women have slightly bulging tummies, and another cut shows the woman and the man holding a newborn child; the sequence continues by showing the couple with a little boy about 2 years old and then about 4 years old, until a voiceover says it never happened and the home dissolves into an abandoned property.
► A flight attendant holds the hand of a man on a flight because he is frightened during takeoff. In several scenes, a man is loudly berated by his older brother and their father for not getting better grades, not being accepted into the best colleges, and for dating a girl; they constantly belittle him. A businessman is criticized by his father for dating a woman the father does not approve of and both men shout at each other until the younger man suffers a coughing attack and the argument ends. A woman and a man collide hard in a classroom and a hallway, but neither is hurt. A woman says her mother nearly died in a traffic accident when a driver crossed the center line and hit her head on; she was in a long coma but survived. We see a street full of soldiers armed with rifles and hear a Cuban family making plans to leave for Miami.
► A student says his college roommate smells so bad that he must have chicken carcasses under his bed. A man with a crab chases a woman on a beach and she screams. A woman cries and prays silently at home, her husband limps into the room, and she cries in his arms. A man stands by another man who’s comatose in a hospital bed, and cries saying he is sorry he treated him badly over the years. A large prayer vigil with candles stands outside a hospital at night. A couple receives a thank-you letter from a man who received their deceased son’s lungs in a transplant and cry; the couple takes their son’s fiancée to a hospital to meet the lung recipient and his wife, and the people cry and embrace one another.
► A woman that is drunk retches loudly and vomits a lot of brownish material onto a sidewalk twice into the camera after she falls to her knees.

– A man is the heir to a Cuban rum dynasty and a woman he meets says she likes rum, a man and a woman have a picnic and an open bottle of champagne is present (they do not touch it), a bar scene shows liquor bottles and glasses with no one drinking, a man and a woman at an outdoor bar hold cocktails but do not drink, a man and a woman sip champagne and we see a few liquor bottles on a table inside their hotel room, a boat scene shows several men and women sipping cocktails, and a designated driver program is designed to bring home college students who are drunk and we see and hear one woman retch loudly and vomit a lot of brownish material onto a sidewalk twice into the camera after she falls to her knees. A man smokes a large cigar in two scenes, creating large clouds of white smoke. 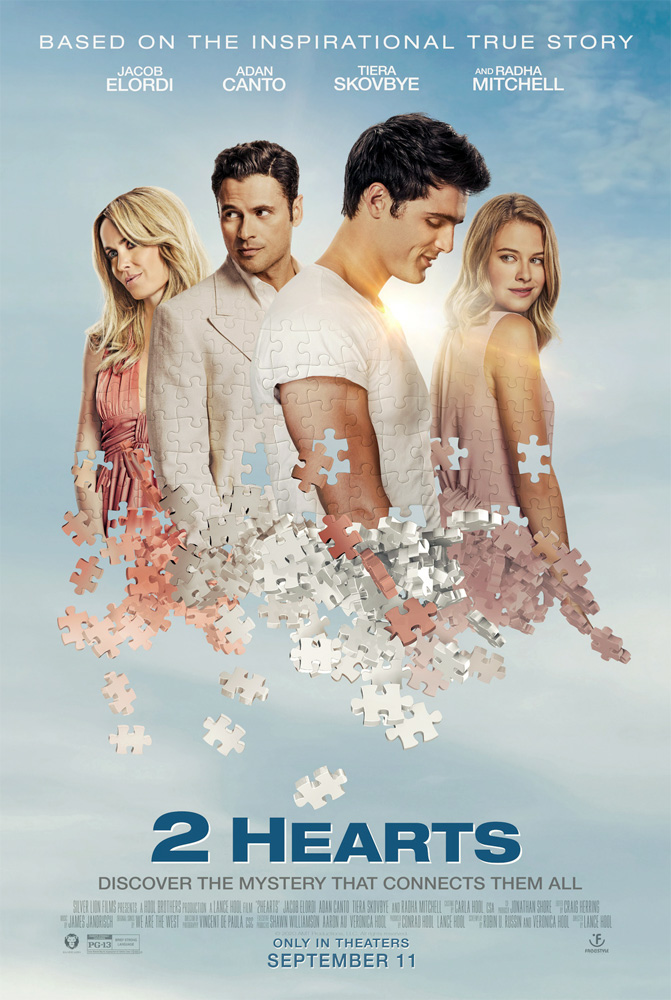