Russian remake of "12 Angry Men," which earned a Best Foreign Film Oscar nomination in 2008: A jury of twelve men deliberate the guilt, and determine the fate, of a Chechen teenager charged with murdering his stepfather. With Sergey Makovetsky, Sergei Makovetsky, Valentin Gaft, Mikhail Yefremov and Nikita Mikhalkov. Directed by Nikita Mikhalkov. In Russian with English subtitles. [2:39]

SEX/NUDITY 3 - A man mentions that he has to have sex with his girlfriend -- who is 21 years old -- every half an hour (he uses a crude term). A man mentions having "wet dreams" about his girlfriend. A man tells a story about his father being unfaithful, leaving his wife and starting a new family with another woman because of her beauty. A man talks about his girlfriend saying that she has breasts (using a crude term) like melons and chocolate brown nipples, and uses a crude term to refer to her buttocks. A man finds a bra in a school gymnasium and discusses breast size including a reference to a female student's large breasts. A man yells out, "A man who has hidden his head under his wife's petticoat will never find his head again!"

VIOLENCE/GORE 8 - In multiple scenes, we see repeated images: a dead dog, dead bodies, a burnt-down house, buildings in a city that have been burned, a dead woman with dried blood on her face, a dead man slumped over (we do not see his face), a dead soldier lying on a tank, a bullet lying in bloody feathers, a car on fire, soldiers running and shooting rifles, a burnt-down carousel, and a dog running in the rain carrying a dismembered arm in its mouth (we see flesh and bone sticking out).
► A woman is shown with a large knife sticking out of her abdomen and blood on her face (she has been murdered).
► On a war-torn city street, a small boy holds his puppy as gunfire comes out of windows, and a missile is launched causing a large explosion (the boy screams and the puppy is shot in the neck, blood spurts out and it appears that it has been killed).
► Dead bodies are seen from a distance as rain pours down. A rifle is seen with blood stains on it. A young boy looks closely at a dead man's face as rain drops into the dead man's open mouth. A child huddles in bed as shots are fired near him (he does not get hurt, but the bullets enter dead bodies that lay around him). A man looks through crime scene photos (we quickly see images of a body and a knife).
► A group of Chechen rebels hold guns and play with knives (some are young boys). A man gives a small boy a large knife, and the boy swings the knife around and dances with it as Chechen rebels cheer. A young boy takes out a large knife. A group of Chechen rebels drive off in jeeps and fire guns in the air as they drive away.
► A man grabs a knife and in a stabbing motion, simulates stabbing another man yelling, "I'll kill you!" A group of men discuss a knife and examine it (it is a murder weapon). A man says a knife has "devastating stabbing power" and to demonstrate throws a knife so it cuts through a thick pile of paper. A man takes a knife out of his briefcase and stabs it through a thick pile of papers. A man twirls a knife and does expert tricks with it. A man dances around with a knife (he throws it up in the air and catches it, he balances it, and he twirls it around in a fast motion).
► A man grabs a knife and pulls another man to the floor (they are reenacting a crime). A man simulates stabbing another man and mentions that to kill it must "reach the heart." A man pulls back another man's head and simulates cutting his throat "from ear to ear." A man talks about a teenage boy "cutting his father's throat like a sheep." A man yells, "He killed him! Because of money!"
► A man torments another man creating a scenario where the man would come home to find his wife and child raped and murdered. A man tells a man to imagine his wife "raped and hacked to pieces." A man tells another man to imagine coming home and finding a pool of blood emerging from under the door. A man cries and becomes ill when another man has him imagine his wife and child murdered.
► In multiple scenes, a jury discusses a teenage boy and whether or not he is guilty of murder. In multiple scenes, men are angered when they discuss a teenage boy killing his father. In multiple scenes men call a teenage boy a "killer." In multiple scenes, men discuss a life sentence and prison. Men discuss a possible robbery connected with a murder case. Members of a jury reenact a crime scene. A sign reads "Do Not Shoot Women and Children Here." A man tells a story about being a young boy and watching his grandmother die in front of him. A man speaks of witnessing a lot of stab wounds.
► A man cries when he talks about beating his child. A man says he dragged and punched his child. A man says about his child, "I'd beat him." A man mentions that his child's face was bloody after he had beaten him. A man says he found his child in a closet holding a noose made from a belt. A man talks about his son yelling, "Papa, don't!" (referring to getting beaten him).
► In various scenes, a teenage boy is shown in a jail cell. A teenage boy is seen in a courtroom and is handcuffed. A teenage boy in a jail cell tells a guard he is cold and the guard laughs.
► A man speaks negatively about the Chechen people while describing a robbery. A man calls a teenage boy a "Chechen dog." A man calls a teenage boy a "Chechen monster." A man torments another man about being Jewish.
► A man throws a heavy ball at another man and he falls over in his chair onto a gym mat (he is not injured). Two men throw a ball violently back and forth at one another as they argue.
► In a few scenes, men rush to use a restroom and are teased by other men. A man rushes to the restroom to vomit (we hear continuous and loud sounds of retching and gagging). A bird defecates on a man's head. A man yells, "I'm blind!" and rinses his face with water (he in not injured). A man mentions his son "pissed his bed." A man squirts a type of medicine first into his eyes, then up his nose, and then into his ears. A man mentions sniffing glue.

SUBSTANCE USE - A man pretends to cut and snort cocaine on a table, and a man mentions sniffing glue. A man finds a hypodermic needle with a clear liquid in it in a school gymnasium, throws it at a dartboard, and discusses heroin claiming his brother died because of "junk." Men talk about drinking vodka. Men smoke cigarettes in multiple scenes.

MESSAGE - Anything is possible. 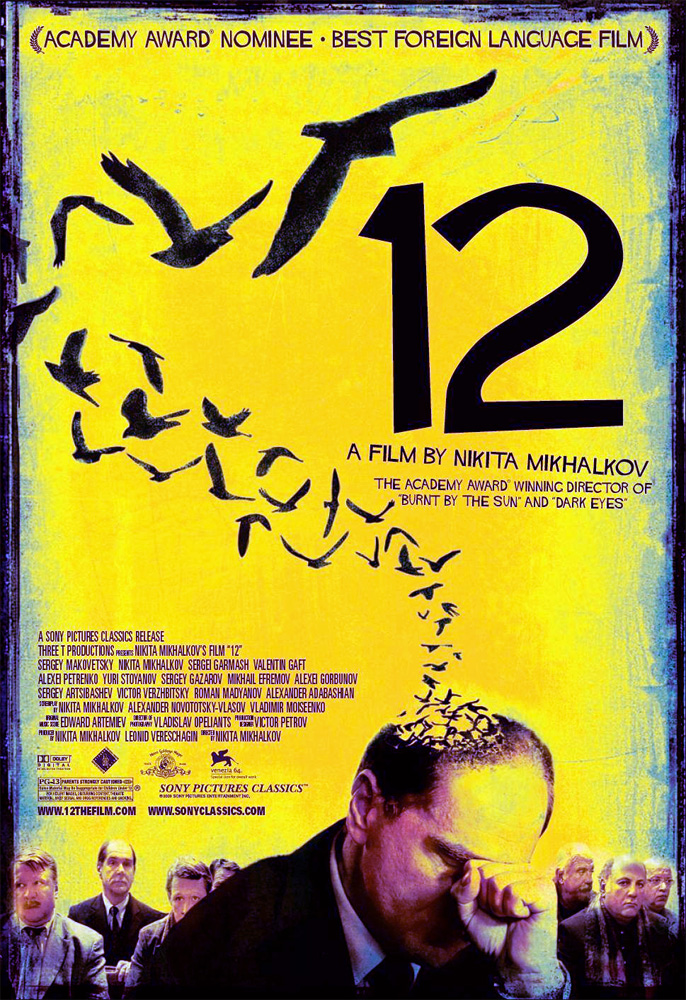