After humans create robotic surrogates to represent themselves and are thus able to live in near-isolation in the safety of their own homes an FBI agent (Bruce Willis) has to shed his own robot surrogate in order to investigate a series of murders that have disturbed their safe and perfect utopia. Also with Radha Mitchell, Rosamund Pike, Boris Kodjoe, James Francis Ginty, James Cromwell, Ving Rhames, Jack Noseworthy, Devin Ratray, Michael Cudlitz and Helena Mattsson. Directed by Jonathan Mostow. [1:44]

SEX/NUDITY 4 - A man and a woman watch on a security camera as two men attempt to assault and rape a woman in a hotel room: the man then disables the men, exposing them as robots, and allowing the woman, wearing a bra and underpants, to run out of the room.
► Two women, both wearing low-cut tops, fawn over a man, rubbing their hands against the man's chest as he puts his arms around both women; the man kisses one of the women passionately as the other woman continues to rub his chest suggestively. A woman, wearing a form-fitting short dress, runs her hands over a man as he walks past her (the man does not respond and continues to walk).
► A young man and a young woman dance suggestively -- the woman is wearing a bikini-style top (cleavage and bare abdomen are visible) and a short skirt with stockings (garter belts are visible): they then, go outside, the woman kisses the man passionately and wraps her arms around him while he puts his hands on her lower back. A large crowd of men and women dance and grind suggestively with one another in a nightclub.
► Women wearing low-cut tops and short skirts stand in line to get into a nightclub. A man tells a woman wearing a low-cut, cleavage exposing dress that she looks nice and "sexy." A woman is shown wearing a low-cut and form-fitting top (cleavage is visible). A woman is shown wearing a blouse that is unbuttoned and significant cleavage is visible and we see a couple of woman in cleavage-exposing outfits. A woman is shown wearing a tight, form-fitting dress that exposes her cleavage when she bends over. An advertisement is shown and a woman appears to be topless (only her bare shoulders are shown), lying on her side. In an advertisement a woman wearing a bikini emerges from a pool. Two bare-chested men hold one another's hands, as well as the hands of two other people in what appears to be a human chain.
► A man and a woman walk into a store with anatomically correct male and female robots; two male robots have their bare chest exposed, one male robot has a portion of its chest barely covered by a tank top and the female robots are wearing bras and underpants, and one is wearing a tight, low-cut dress. A man and a woman walk past a model of a female robot: half appears to be human and wearing a bra and underpants, and the other half is circuitry; standing next to the female robot is a male robot, wearing underpants and is also half circuitry and half human.
► A man jokes to a woman that he does not know if she is really a woman or "a fat guy in a stem chair with his [crude anatomical term] hanging out." A man, his face covered in cuts, tells a woman that he loves her.

SUBSTANCE USE - A group of three men and two women hold vacuum-like devices up to their arms, faces and legs and the jolt that it delivers appears to have a drug-like effect, a man offers a woman a vacuum-like shocking device and she declines, a man refers to the vacuum-shocking device as "jacking" and implies that it is similar to a drug and that people can become addicted to it, a woman takes a pill from a prescription pill bottle and swallows it, a man takes a presumably poisonous pill (he shakes slightly and dies), a man finds a large number of pills surrounding an empty chair and pills poured on tabletops, and a man jokes to another man that he wanted to complete his tasks "before the drugs kick in." A man grabs a bottle of alcohol from a cabinet.

MESSAGE - One must never forget the true meaning and power of humanity. 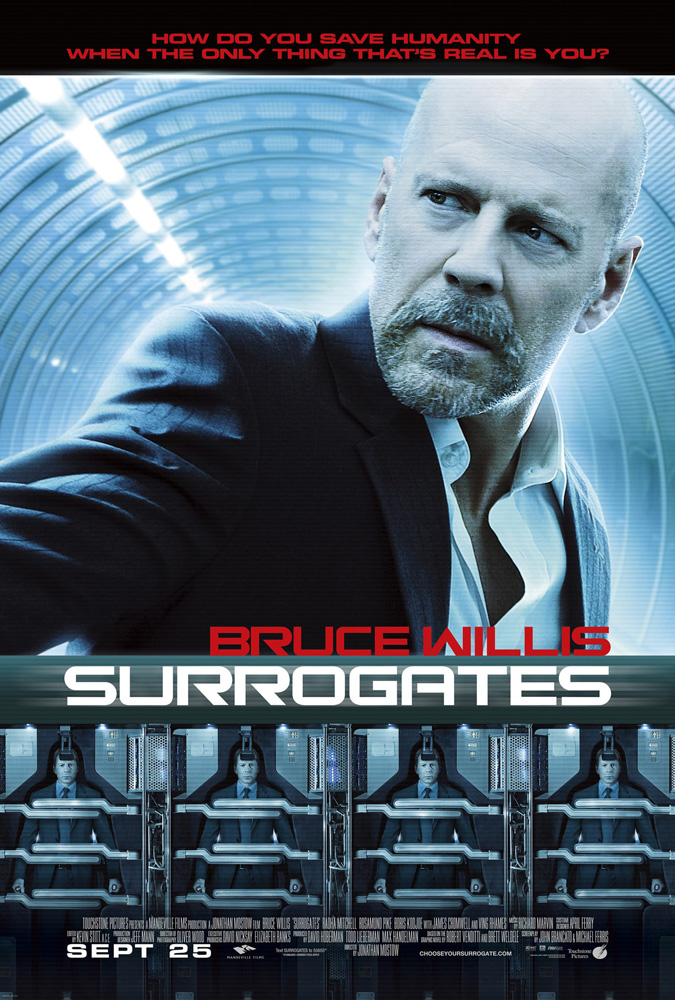