In Whitney Houston's final film, she plays the mother of three grown daughters (Carmen Ejogo, Jordin Sparks and Tika Sumpter) in 1968's Detroit: The girls want to follow their dream of fame and fortune as a Motown girl group, but their mother opposes their aspirations. Through disappointments in men and music, the sisters make some surprising sacrifices in realizing their dream. Also with Mike Epps and Derek Luke. Directed by Salim Akil. [1:55]

SEX/NUDITY 4 - In a couple of scenes we see a woman wearing a translucent and short negligee that reveals bare shoulders, arms and legs along with stockings attached to garters; she sits straddled on her boyfriend's lap on his balcony as they kiss passionately, and in one scene, he offers her cocaine and she declines, saying that sex could not get any better with it and they then kiss (sex is implied). A few couples kiss passionately in dance clubs. In a theater, one man and one woman kiss in close-up for several seconds three times.
► A female singer pulls her dress straps down into her strapless bra (we see slight cleavage) and cuts a slit into her skirt, reaching the upper thigh during a talent contest; a male singer asks her if she wants to get a room to have sex and she says no. In a department store, a female supervisor shows the female clerks a new mannequin, which is African American; it is a faceless head and torso without arms or legs and it shows full breasts and nipples. A woman on a stage wears a floor-length, sleeveless sequined dress, cut to the waist in front and revealing over half of her breasts. A singer wears a short, straight silver dress that extends to just below the groin, baring full legs as well as shoulders and arms while dancing seductively and men in the audience hoot and whistle, while several women get up and walk out of the club. During a performance, a woman wears a floor length gown that has the left side made of transparent nylon net only, baring the side, hip, thigh and leg. Three adult women wear baby doll pajamas that are opaque and extend to just above the knee in three scenes, leaving arms and lower legs bare. Women wear sleeveless, knee-length dresses that bare the arms and lower legs. Three female performers wear miniskirts and tops that reveal bare legs, arms and shoulders. Several women in audiences wear miniskirts that bare the legs to mid-thigh, with tops that reveal bare arms and some cleavage.
► After a home Bible study, a man asks a woman for a date and she hesitates, but says maybe. A woman sneaks out of her bedroom window at night to see a man several times.
► A woman tells another woman that she will have a sexual relationship with the man that can most advance her career and the second woman appears stunned. A man tells a woman in a diner that he has heard about her sexual reputation, but respects her anyway and sees her beauty. A well-known standup comedian approaches a woman and offers jewelry and money if she will stop seeing another man and come away with him for a sexual relationship; she smiles and walks out.
► A mother cautions her adult daughters several times to stop dancing to modern Motown music or they will be having illegitimate children. A daughter shouts at her mother saying that the mom could never maintain a relationship, and that she and her sisters each have a different father. A woman's mother calls her disparaging name after she becomes engaged to a man.

VIOLENCE/GORE 5 - Two women argue with a man and he physically attacks them: he punches them in the head, and knocks them to the floor several times (we see no blood or wounds) and one woman strikes the man in the back of the head with a fireplace poker and he falls dead, with blood on the back of his neck; the woman attempts CPR to no avail and cries.
► A man beats his fiancée using a leather belt after he chases her through their house, knocking her down, and we see her shake under the belt as she lies on a couch (no blood is seen).
► An African-American comedian makes jokes that demean African-Americans and lower-income people when he is on television and in Detroit clubs: in one club, the audience does not laugh, but begins to murmur and boo and when a heckler speaks out several times the comedian attacks him; other men pull the two apart and we see no blood after they punch each other several times. Two men fight over a woman, as she looks on and laughs; they destroy some furniture and vases of flowers as they punch one another and other men drag them apart (neither man is hurt).
► A woman is physically abused by her fiancé, showing black eyes that she covers with makeup and we see cocaine injection tracts up her arms, bruises on her arms and wrists, wide scrapes across her cheeks and swollen eyes; the man shows a deep red cut on his forehead and deep scratches on his left cheek. A woman collapses in a supply closet, looking beat up, black and blue around the face and shoulders and spilling cocaine on the floor (please see the Substance Use category for more details).
► A woman becomes engaged to a man and she brings him home to dinner and the man insults her mother and the woman's sisters, as well as a visiting minister; the minister and the man have a long argument about the Detroit riots in the late 1960s and after a heated argument, the mother tells her daughter to leave the house and not return and she leaves. A man argues loudly with his male cousin in a theater hallway, walks away and smashes a vase as he leaves the building. A woman argues about her musical talent with her protective mother several times and the mother tells her daughter to move out. A woman argues with her boyfriend about not leaving Detroit to go to California with him. A mother and three adult daughters argue loudly about their daily lives several times. A woman argues with her female friend for being stubborn and making the same mistakes all the time.
► A woman is led away in handcuffs and imprisoned for manslaughter for several years and we see her mugshot and newspaper headlines about her slaying a man.
► A woman has a nosebleed from anxiety before a musical performance; a tissue at her nose turns red. A woman looks haggard and unkempt in prison.
► A man outside a woman's second floor bedroom window asks her to come out and go to a club with him; she replies that her mother is there and has a big gun to protect the house and the man laughs.

SUBSTANCE USE - A woman uses cocaine regularly and we see her sniffing a lot while practicing singing numbers, causing her to stumble on stage while saying that she needs the drug to perform important gigs, a man offers his fiancée cocaine to enhance the sexual experience and she declines, saying that the sex is already good without drugs, a woman collapses in a record producer's supply closet and tries to clean up cocaine she spilled from her purse, a woman argues with her adult daughters about the past and when she used drugs as a musical artist and could not function and the woman warns her daughters to stay away from drugs and the men offering them. Three bar/dance club scenes feature men and women drinking alcohol and smoking cigarettes, a woman and a man drink whiskey and smoke cigarettes on a home balcony in three scenes, and the dance floor in a club is crowded with men and women dancing while some drink wine from paper cups. Men and women smoke cigarettes in bars, at home, on television and outside on street corners.

MESSAGE - Encourage a child in the direction of his or her talents. 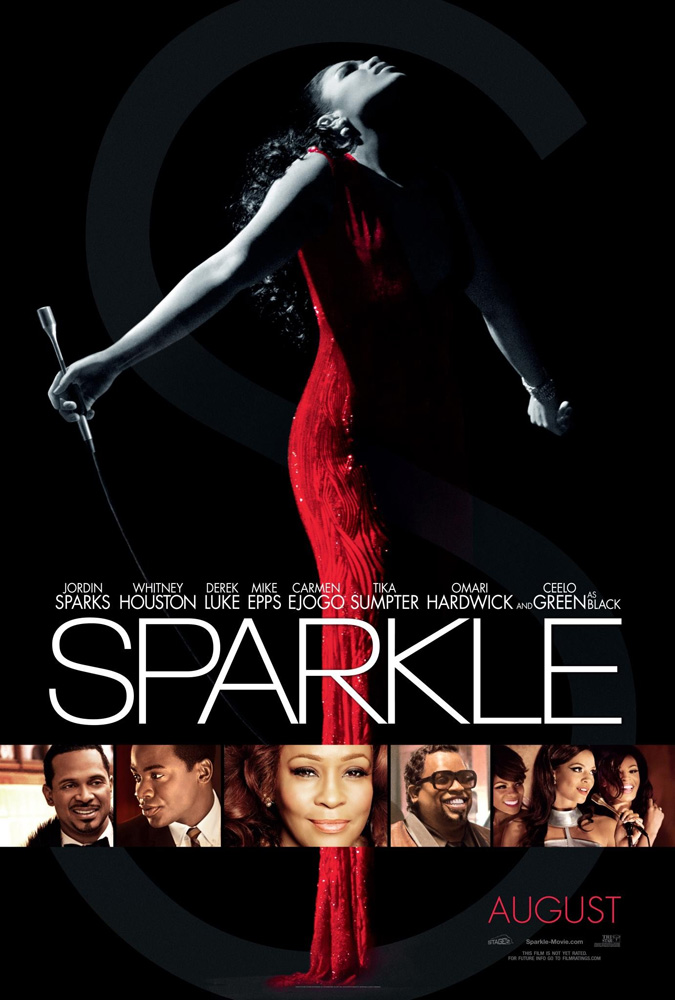