When a loving couple goes on a short trip together, a series of strange events turns a normal sightseeing holiday into a bizarre, violent trip. With Alice Lowe, Steve Oram and Eileen Davies. Directed by Ben Wheatley. [1:28]

SEX/NUDITY 6 - We see a man behind a woman while having sex and the man is thrusting while she has her face in a plate of food and the man appears to be recording the sex; a dog licks the man's bare buttocks and the man shouts at the dog, calling it a pervert and stops thrusting.
► A man and a woman kiss passionately and recline in the back of a trailer; we hear sexual moaning as the trailer rocks back and forth and a group of people approaches the trailer, watching it shake back and forth.
► A woman vigorously rubs under blankets as a man watches and asks her what she is doing; the woman replies that she is "finishing what he started" (implying that she is masturbating). A woman rubs a man's upper thigh as she gets progressively closer to the man and he is visibly nervous; the woman asks the man to kiss her and he declines. A woman rubs a man's beard suggestively, as a group of women watch and laugh. We see a group of women at a bachelorette party and one of the women (the bride-to-be) kisses a man passionately; the man's girlfriend watches them and she appears horrified. A man and a woman wrestle playfully on the woman's bed and kiss. A man runs his hand up a woman's upper thigh. A man hugs a crying woman to comfort her. We see a man and a woman walking hand-in-hand down the road.
► A man dances in front of a group of women at a bachelorette party while pulling off his clothing (we see his bare chest and back) and he appears to be wearing a g-string (he turns around and his bare buttocks are visible).
► A woman looks through a series of photographs on a man's camera and finds a picture of a woman's genitals (we see the photo); she screams angrily, accusing her boyfriend of having an affair with the woman in the pictures, and then accuses the man of having an affair with a man in the photographs.
► A woman looks at a pair of knit underpants, with a split in the crotch and a knit bikini-top; we later see the woman wearing them (she is seen from the waist-up and the knit bikini top is seen. We see a shirtless man, covered in body paint, dancing.
► A woman tells a man that she is not wearing any underwear under her dress and then purposefully knocks over a knife and asks the man to retrieve it; the man touches the woman's leg and says, "I can't see anything" and the woman explains that she is wearing tights.
► A woman tells a man that another man had asked to have sex with her (using crude terms) and then use feces as makeup and use feces sexually from both the woman and the man in question.
► A man pulls down a dead man's pants and we see the man's brief-style underwear; the man remarks that having the dead man's pants down will "throw them off the scent" of the man being murdered. We see an older woman going through her adult daughter's drawers and she finds a packet of condoms.
► Several women shout a series of crude sexual phrases loudly in a restaurant. Two men discuss one of the men's sex lives with his girlfriend. A woman calls her mother and the older woman asks the woman if she had done "sex stuff" with a man; the woman cries and implies that she has had sex with the man. A woman addresses a postcard to her older mother, and we hear her in voiceover explain that the woman's boyfriend is a "sensitive lover." A man jokingly tells another man, "if the trailer is rocking, don't come knocking."

SUBSTANCE USE - We see two men smoking marijuana. We see a man drinking beer, a woman appears to drink two bottles of wine, a man stumbles home after drinking at a pub with an older man and he appears extremely intoxicated, two men and a woman cheer with wine, and a man implies to another man that he is always keen to smoke marijuana after he offers him a beer and the man declines. A woman smokes a cigarette.

MESSAGE - Everyone can find love, even the most unusual serial killers. 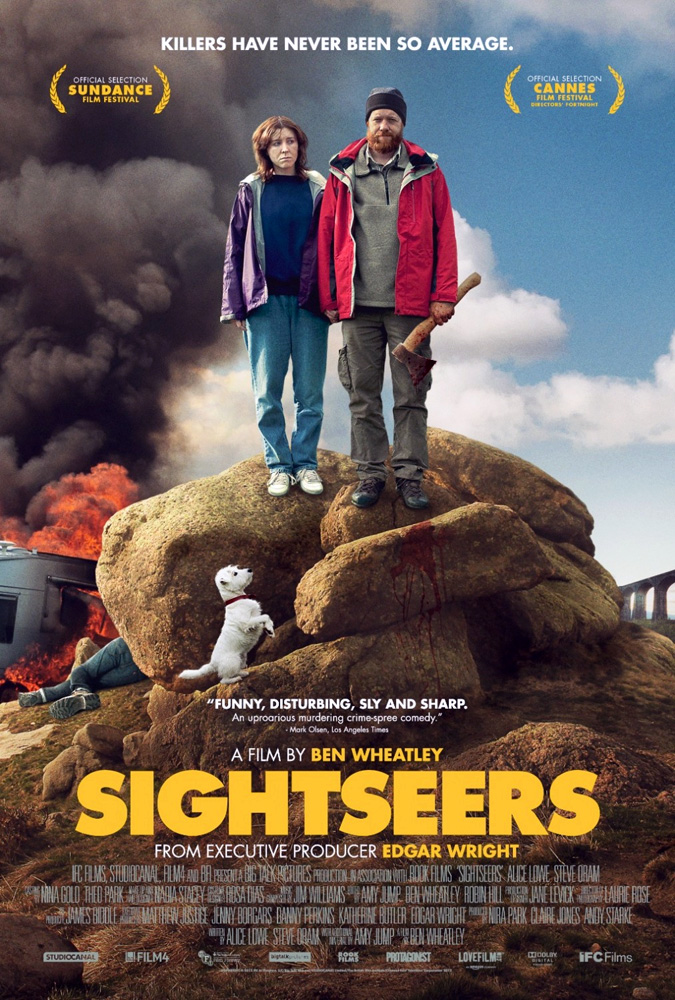