Mark Wahlberg stars as a Marine Corps sniper who has removed himself from active duty after one mission went bad. He is then asked to rejoin the service in order to prepare a theoretical assassination of the U.S. President, to test the abilities and preparation of the security detail. But when he does, and a foreign dignitary is assassinated, he is framed as the culprit and becomes a fugitive. Also with Michael Pena, Rhona Mitra, Kate Mara and Danny Glover. Directed by Antoine Fuqua. [2:00]

SEX/NUDITY 2 - A woman wears a tight T-shirt that reveals the outline of her nipples. A man is prepped for a makeshift surgery and lies nude on a table with a cloth draped across his genitals (his bare chest and legs are seen). A man is shown bare-chested with a bloody bullet hole in his shoulder. A woman wears a tank top and lace boy shorts and women wear low-cut tops in several scenes.
► A man and a woman hug, and it appears that they may be contemplating kissing, but they do not.
► A woman is chained to a stove and she has bloody bruises on her face, implying that she had been beaten, and there's a suggestion that she may have been sexually assaulted.
► A man talks about someone anticipating, "virgins to be waiting for him when he died."

VIOLENCE/GORE 8 - A man grabs another man from behind and stabs him in the back, he stabs another man in the throat (blood spurts), then strangles another man with a wire around his throat, and he shoots a fourth man.
► A man's hand is shot off (we see a bloody stump with bits of flesh dangling, and the man screams) and then his arm is shot off (we see more blood and tissue).
► A man with a gun enters a woman's house, and she shoots him -- blood splatters on the wall behind him, and smears as he falls to the floor.
► Several men are shot in the head, one-by-one, and we see blood and matter splatter onto snow-covered terrain.
► A man shoots himself under the chin (blood spurts). A man is shot twice in the chest and once in the head (we see blood at the points of entry). A wounded man is shot four times while lying on the ground.
► A shot is fired from a gun, a man on a stage is struck (blood spurts), others on the stage scream and fall to the ground, and another man is shot as he tries to get away.
► A man is shot through the floor of a cabin and the bullet strikes him in the knee (we see blood and tissue and the man screams); he is then shot and killed, and another man is shot in the head (we see blood and matter splatter).
► A man is shot in the chest, and gunfire breaks windows in a cabin while the people inside scramble to avoid being shot; a car outside explodes. A man is shot in the head and another in the chest.
► A man shoots several soldiers, and blood spurts and smears on a floor when the bodies are dragged away; bombs explode and kill several more, including a napalm bomb that causes several men to catch fire (we see them running and screaming), and a helicopter is engulfed in the flames when a gas tank explodes.
► A sniper fires at many trucks with armed men in them, and each strike is accompanied by spurting blood and matter; others are firing back, a helicopter flies over the sniper and his spotter, and one of them is shot and killed (we see the large bloody wound and blood splatters when he is struck). A sniper takes aim at targets at a distance, he fires striking two men in a truck (blood spurts from the head wounds), and the truck flips over.
► A man is strapped into a device that will force him to shoot himself in the head, but the three men who are strapping him are shot and killed (blood spurts as they are struck).
► A helicopter is shot down, it spins, crashes and explodes. A house explodes and burns.
► A man beats up two police officers who ask him for ID, a police dog bites one officer on the arm, and the officer and dog crash through a glass wall and fall onto stairs below (we hear a crunch and the dog whimpers).
► A dead man falls from a balcony and lands on the floor near three men who are seated and talking.
► A man holds a gun to a woman's head, and we see her chained to a stove later; she has bloody bruises on her face, implying that she had been beaten, and there's a suggestion that she may have been sexually assaulted.
► A man is grabbed and shoved into a van, he is bound with a rope, and dangles from a rafter while being beaten by other men. A man is flipped over and lands hard on the ground hitting his head on the sidewalk (he is then handcuffed to a pipe that's attached to a wall).
► A woman slaps a man across the face. A man holds a gun to a woman's head.
► Police in cars chase a man in a car, they speed through traffic, nearly hitting pedestrians; the man in the car is struck by a truck and shot at, and he reverses the car into water where it sinks.
► A man has blood on his shirt from two bullet wounds, he pours a black powder on the wounds and reacts to the pain. A woman performs surgery on a man to remove a bullet from his shoulder (we see her preparing and see him feverish afterward). A man makes an IV of sugar water and uses a bicycle pump needle to inject it into his arm.
► A man is instructed to plan the assassination of the President. A man tells a man to kill another man. A man says, "these boys killed my dog" (we hear that the dog was shot). We hear that a man had been trapped in a building that exploded and collapsed.

SUBSTANCE USE - A man inhales gas from a whipped cream canister in order to knock himself unconscious, so that a woman can remove a bullet from his shoulder. A man drinks alcohol, a man drinks a beer and shares it with his dog, and two men smoke cigars and drink alcohol. A man smokes a cigarette.

MESSAGE - Justice does not always prevail; hence, sometimes vigilantism becomes your own form of justice. 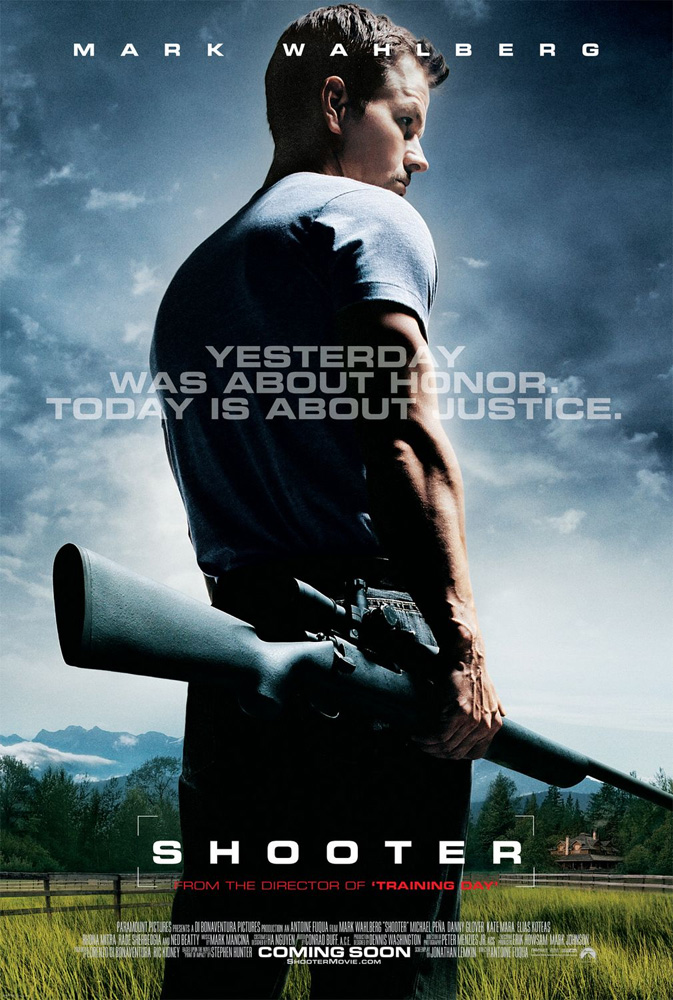