SEX/NUDITY 7 - A woman lies on a chaise longue in her back yard, where a man can see her when he climbs on his low roof to fix an antenna: we see her twice in full frontal nudity, exposing bare breasts and pubic hair.
► In a dream sequence, a woman bounces up and down while straddling a man in a sexual position in bed: She wears a black bra and we see a small amount of cleavage and the man's bare shoulders.
► A man is examined in a doctor's office and in close-ups, and we see his abdomen and thighs. A beach scene shows many people in swim attire: boys are bare-chested, and girls and women wear one-piece swimsuits. In several brief bedroom scenes, we see a man in T-shirts and long boxer shorts. A woman wears short shorts in her house, revealing thighs.
► A woman announces to her husband that she has met another man and wants a ritual Jewish divorce, but she has not had sex with him (which she calls whoopsey-doopsey) with the other man. A man is arrested for gambling, solicitation and sodomy and his brother tells an attorney that the arrested man only goes to mixers at the Hillel Foundation and never even dates. A man tells his male supervisor during an informal review, "I saw 'Swedish Reverie', it wasn't even erotic."
► In two bedroom scenes, we see an older man and an older woman sleeping in long-sleeved and long legged pajamas, under covers; in one scene they hold hands.

VIOLENCE/GORE 4 - A husband tells his wife that a dead neighbor helped him with a broken wagon wheel in a snowstorm, but the wife rebukes him, stating that it was a spirit, and when he appears at the door the wife stabs him in the heart with an ice pick (a small trickle of blood is seen and a small spot of blood seeps through his shirt and it is unclear whether the man is real or a ghost); the woman says that their family is cursed by God.
► An elderly, overweight man enters an office, sits at a conference table, gets up, falls flat on his back, suggesting a heart attack, and the scene ends. A man dies in a car crash; we do not see any part of the accident, and we only hear a report by a teen girl and we hear a woman crying and wailing.
► A teacher struggles to open a school cellar door for children during the approach of a tornado: we see the tornado about 300 yards away from the children, we see the children turned toward the funnel cloud, watching it and the scene ends. A man in a car hits the car ahead of him at a slow speed and is rear-ended similarly; there are no injuries.
► A teen sister slaps her pre-teen bother on the back of the head and kicks him under the table during dinner, shouting at him and calling him a "brat." A family argues briefly and all slurp soup loudly. A man argues over the phone with another man about a bill. A man argues with his pre-teen son.
► A pre-teen boy runs away from another boy that wants to hit him, several times. Two police officers bring a man's brother to his house stating that he was arrested for gambling and other crimes and he shouts as the scene ends. A man cries in a motel room twice.
► In a dream sequence, two people are hunting in a marsh, one man stands up, points, and shouts, "Shoot the Jew," and the other, who's a boy, shoots at a man, strikes him in the back of the head and kills him (we see no blood); the dreaming man wakes with a start. In a dream sequence a man that has died sits in a professor's classroom, he gets up, slams the professor into a wall seven times and then he wakes with a start.
► A man and his son carry rifles and we later see them return with a dead deer on top of the car, showing a large spot of blood on its chest and has open eyes.
► In separate scenes an old woman and an old man cough up phlegm loudly and swallow it. In a dimly lit office, we see large insects in bottles of formaldehyde and a skull. A black-and-white film on TV shows a brain bubbling in a large transparent jar. A man has some sort of neck wound, for which he carries a small suction machine that is a box with a long hose; we never see the injury, but see an ice pack on the back of the neck and in one brief scene, we see the hose, which is labeled "suction," extending out of a closed bathroom door and hear a soft motor sound.
► A dentist forces a denture mold in and out of a man's mouth and later sees Hebrew characters on the teeth; he looks into many other people's mouths, searching for similar characters (we see many crooked teeth, fillings and stainless steel caps.
► A woman sits on a park bench wearing long shorts that reveal polio braces running from her knees to her heavy shoes and a pair of crutches leans against the back of the bench. 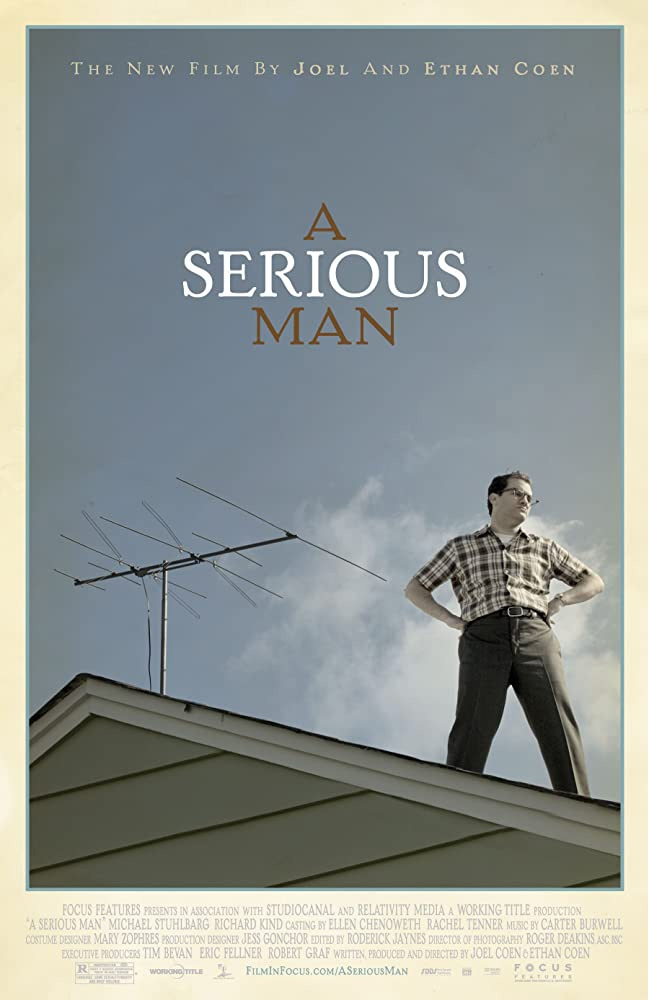