SEX/NUDITY 5 - A little sexual innuendo and a passionate kiss. Two women kiss, dance suggestively and run their hands over each other's clothed breasts and waists; also, one pulls down the other's top, revealing the side of her bare breast. We see a small brass figure of a nude woman on a cane handle, a couple of women in cleavage- and midriff-revealing shirts and a woman wearing a bra, panties and an open robe. During a fight, a man's pants are pulled down and we see him in skimpy underwear.

VIOLENCE/GORE 7 - The violence doesn't result in blood or gore unless otherwise noted. Several people are shot, sometimes repeatedly (in one scene we see a man's knee being shot, resulting in a bloody wound, and in another scene a man falls over a railing after he's shot); also, it's implied a man kills himself (we hear a gunshot, then see him slumped over a desk). We see two people thrown through a high-rise building's window, falling quite a distance and hitting the water below (we later see one of the victims in a body bag with a couple of facial cuts). We see a corpse with a bloody face (it appears to have a bullet wound in its forehead) hanging by its neck from a tree, a corpse in a casket and many corpses lying in a pile. A building and a ship are blown up by bombs (people are inside both places). We see several different fight scenes throughout the movie during which people are hit and kicked in the face, throat, chest or crotch; hit in the face, throat, torso or crotch with objects (a plate, a fire hose nozzle, sticks); thrown to the ground or into glass walls/windows, fences, tables, etc.; thrown head-first into walls repeatedly; choked; and flipped. In one extended fight scene a man presses a very hot pan against another's hands (we see his bloody, raw hands) and later rips the burned skin from the other's hands (we hear ripping noises). At the end of a fight, a man kicks another on the top of his head and we see an x-ray image of the man's vertebrae breaking and hear them cracking; we also see similar x-ray images of a man's arm being snapped in two and a woman's heart being pierced by a stake (we obviously don't see any blood). A man uses a woman's arms and legs to kick and punch another woman. A man is thrown out of a window but holds onto another's neck tie to avoid falling; both eventually fall and land on a car's roof (neither are fatally injured). A man uses a fire hose to knock down several men; he also wraps the hose around a man's arm and swings him around a bit. During a football game a man is tackled roughly several times (we see his head hit the ground hard in one slow-motion shot and one time several men jump on top of him as he's lying on the ground); also, several men are kicked and knocked to the ground by another. A man is dragged by his feet into a prison cell where he is then hung upside down by one leg (he eventually breaks free). We see two bound and gagged men hanging from meat hooks; we see a man holding some sharp knives and saws, and it's implied that he's going to torture or kill the men. Some shoving and scuffling. During a motorcycle and car chase scene, a car is shot at and sideswipes several other cars; also, a driver is knocked off the motorcycle by a pipe and another is knocked onto the hood of the car and then thrown off when the car stops suddenly. Several instances of threatening with guns and several scenes during which gunfire is exchanged and/or people are shot at. After two of the fight scenes we see a man with a bloody nose and another with a bloody nose and blood dripping down his cheek; we also see a man with a little blood on his shirt after a few people have been shot.

MESSAGE - Criminals have no code of honor. 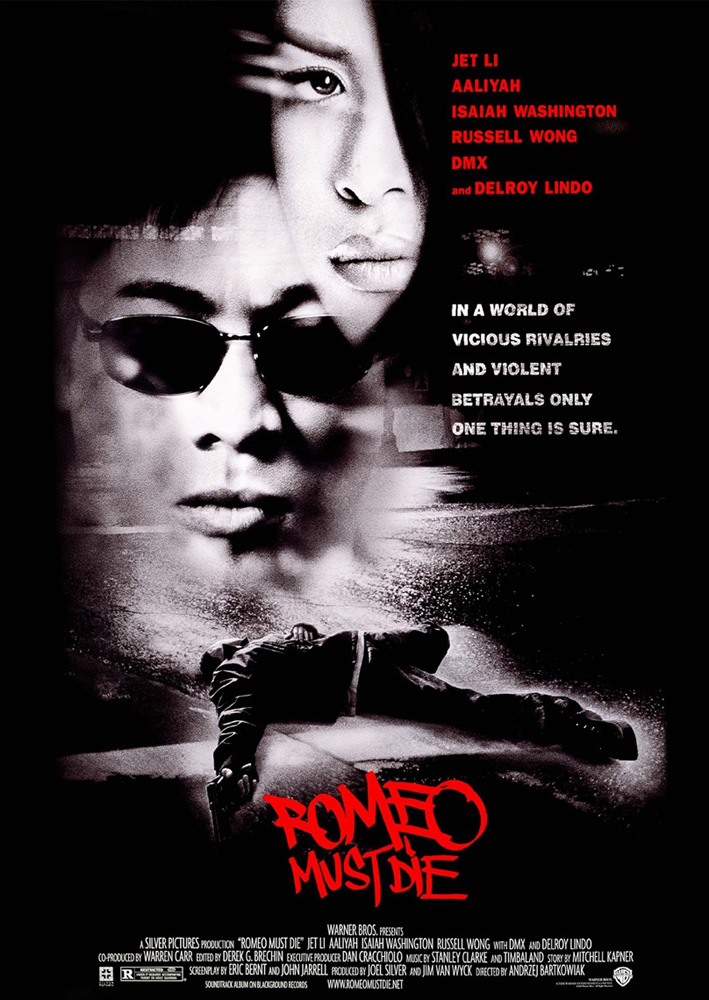