Rainn Wilson stars as a drummer who was fired from a 1980s rock band, but has not given up on his dream to one day drum again. Having lived next to the Rock and Roll Hall of Fame for twenty years, he's delighted when he hears about his nephew's high school rock band needing a new drummer, and he convinces the teens to take him on. Also with Christina Applegate, Teddy Geiger, Pete Best, John Cor, Will Arnett, Emma Stone, Jane Lynch, Jeff Garlin, Jason Sudeikis, Demetri Martin and Josh Gad. Directed by Peter Cattaneo. [1:42]

SEX/NUDITY 4 - Several scenes show brief embraces (between teen boys and girls, and between men and women) and three end in brief kissing. A male and a female embrace briefly and agree to go on a date. At a high school senior prom, one couple dances in the middle of the floor closely in an embrace.
► There is a close up of a man's crotch -- he's wearing leopard pattern tights; the camera pans back and the outline of his genitals is visible.
► A man is shown in his underwear (no genitals are shown), and a man wears short T-shirts and shorts that reveal his abdomen and thighs throughout the film. A 9-year-old girl sees a man sitting nude at a drum set (the man's bare buttocks and back are visible) and the man stands up and scratches his buttocks with a drumstick. We see several T-shirts with a picture of a nude man in side-view with the words, "I only drum naked." A young man playing drums is bare-chested to the waist and is covered in tattoos. A teenage girl wears miniskirts and high heels or thigh-high black leather high-heeled boots. Two young women wear micro-mini skirts and cut off halter-tops that reveal a large amount of cleavage and their abdomens. In several club/bar scenes, we see teen and college-aged women in V-neck dresses, revealing a small amount of cleavage.
► A man tells a teenager that another man is ."..humping your mother. He's hitting that sweet thing." A man tells a woman, "I'd like to be inside you for 9 months." A man leaves a bathroom while zipping up his pants, meets a teen in the hallway and tells him, using crude terms, that he'll need 2 genitals. A woman talks about her son drawing a penis on a female teacher's face and that he was suspended from school for it. Two children see a man and say, "That's the naked drummer!"
► A man stands at a urinal, speaking into a cell phone.

VIOLENCE/GORE 4 - An angry man growls and chases a van, beats on its window, climbs on top of the van and pierces the roof several times with drumsticks, falls, gets up, he is struck, falls flat on his back, gets up and stares angrily at the van as the driver speeds away. A man becomes angry at work when a co-worker plays heavy metal music and two workers bob their heads vigorously, he growls and jumps on one co-worker, knocking him to the floor off screen. In several scenes a man grimaces, growls, stomps, kicks a piece of furniture or drum and falls down (once off a stage platform); after each incident, he wears either a wrist brace or a knee brace, but we do not see any marks, blood, or swelling. After falling off a stage a man is shown limping out on to a street, where one ankle gives way and he falls forward on hands and knees.
► A man hits his forehead 4 times on a beam in his attic bedroom; the first time, he also falls backwards down the stairs and grunts (we see no damage), twice more he hits his head while talking to someone (no mark is left on his head) and the fourth time, we hear him hit his head off screen and grunt (no injury). A man throws a TV out a first floor window at a house party; the plug comes out of the wall and hits him in the groin. A man begins to swing an industrial sized soup ladle at a rat in a basement, but is interrupted. In an office cafeteria, a man wearing a suit stands on a tabletop, flashes the devil horns rock symbol, shouts "Rock on!" and is body surfed by workers in suits, but they all fall down.
► A man is thrown out of the house by his sister, who argues with her teenage son. A man and woman argue several times, she pokes him with one forefinger and in one argument, she kisses him to stop the argument, while in another she tells him with a smile that she will kill him. There are a number of low key arguments between a middle-aged man and teenagers. Three teenagers argue briefly.
► A man tells another man that he used to be angry at him and would have attacked him, beaten him and the rest of his band, and eaten the skin off their faces as "face jerky."
► A middle aged man vomits into his hand and stuffs the goo in his pocket for good luck (three teenagers watch, grimace and say, "Eeeew!"). A rat sits on a man's pillow and licks the man's face. A fly flies into the mouth and throat of a man and he chokes, ending the scene.

SUBSTANCE USE - A man is shown wiping his nose with his finger and sniffing as if he had been snorting cocaine (we do not see any powder). In bar and club scenes, some people have beer bottles, at two house parties people have mixed drinks and wine glasses, a man is shown drinking from a whiskey bottle several times (he falls down after drinking from it each time), a man stands on the roof of a house, pours tequila over his head and falls off the roof (we do not see any injuries, but see him later with a knee brace), several people drink from a Jack Daniels bottle, a passenger in the back of a van drinks from a Jack Daniels bottle several times, a man drinks from a whiskey bottle and throws it down, crashing it to the floor, one man is seen drinking one sip from a beer can in a montage of several scenes, and a man throws beer bottles down and breaks them on the floor.

MESSAGE - Dreams can come true when you dedicate yourself to them. 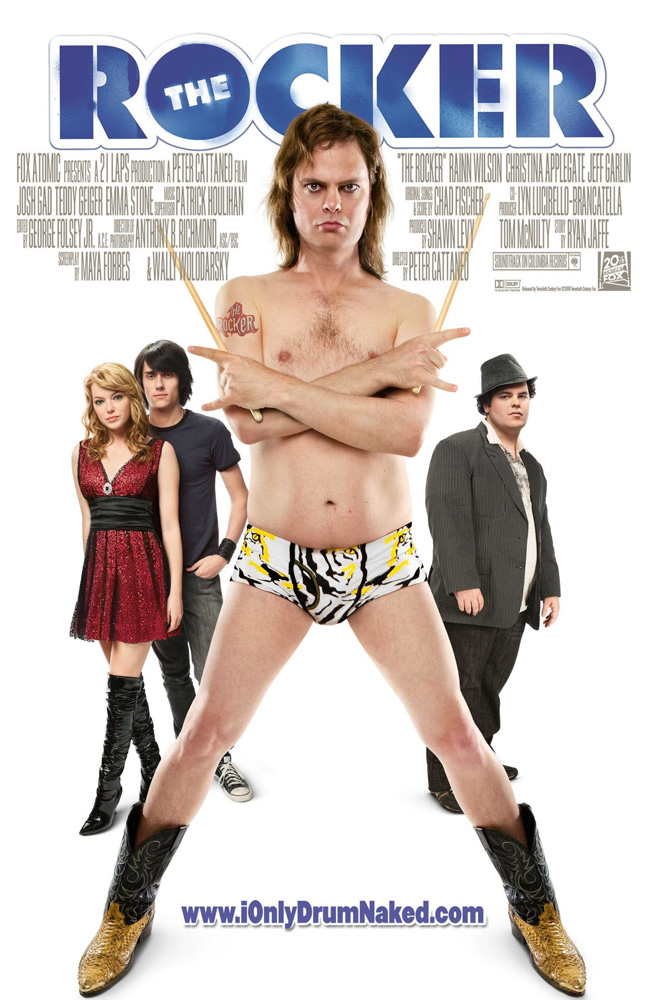