In late 12th century England, a humble archer (Russell Crowe) returns from the Third Crusades and poses as a deceased knight, Sir Robin of Loxley. The Loxley family and the widowed Lady Marian (Cate Blanchett) welcome the deception, since it will allow them to keep their property. The new Sir Robin then goes on to protect Nottingham and England from despotic rulers and foreign conspiracies, and to do so he eventually becomes an outlaw and sets up his band of Merry Men in Sherwood Forest. Also with Mark Addy, Max von Sydow, Oscar Isaac, William Hurt and Mark Strong. Directed by Ridley Scott. [2:28]

SEX/NUDITY 4 - An older woman lifts a blanket to reveal a man lying on top of a woman: both of them are laughing and it is implied they are both nude and engaged in intercourse, and he stands up to reveal himself to the older woman (we only see his bare chest and a momentary glance of the lower portion of one of his buttocks).
► Three women walk away from a house from where three shirtless men also emerge, and it is implied they were having sex the previous night.
► A man forcefully grabs a woman by the neck and kisses her, and the woman pushes away. Men and women kiss. A man kisses a woman (his face is bloody and blood drops on the woman's face as she kisses him), the woman wraps her arms around the man's neck and he carries her in his arms.
► As a man ogles a woman, another man makes a crude joke about the size of another man's genitals. Men joke about a man's "knowledge of women." A man jokes that a woman's husband is staying "busy" at brothels. A man makes a crude joke about a group of people having intercourse with animals and jokingly makes a thrusting movement. Two men make jokes that imply a man had awoken with an erection.
► A woman helps a man take off his shirt in a non-sexual contest. A portion of a man's bare chest is seen.

VIOLENCE/GORE 7 - During numerous epic battle scenes, men are seen shooting arrows into a massive crowd of soldiers on a beach and in boats: Men are seen being struck with arrows, a man is seen being shot through the neck with an arrow (blood is seen on the arrow and coming out of the man's mouth), and men fall out of boats and drown (the water is red with blood); men are see riding up to soldiers on horseback, wielding swords and various bludgeoning weapons and people are seen being stabbed and knocked over with maces and pole axes and run through with swords; axes are seen being thrown into men's backs and men engage in hand-to-hand combat, including swinging swords at one another as well as punching and kicking one another, and a man stabs another man in the back with a dagger; many bodies are seen on the ground -- presumably dead -- and while the sound of metal on metal and bones crushing are heard, blood is mostly visible in water.
► Men on horseback are ambushed in a forest: men are seen being shot with arrows, axes are thrown into the men's backs, two men are seen being run through with swords, and a man is left to die on the ground (a large pole axe is seen sticking out of his chest as he begs for mercy and his mouth covered in blood).
► In a battle scene, men are seen attacking a castle, and the defenders throw large rocks, shoot arrows and dump cauldrons of hot oil on the men below; a man is seen hanging from a wall after attempting to scale it, moments later the wall is blown up and the castle appears to burn as a crowd of men watch (dead bodies are seen, including a man who is seen dying, but very little blood is evident).
► An elderly, blind man swings a sword wildly at a man who laughs at him, but is surprised when the elderly man nicks his forehead (a small bloody cut is seen); the man then grabs the elderly man and stabs him in the back (the elderly man's body is later seen in a funeral pyre, being set ablaze).
► A man narrowly misses shooting a man in the face with an arrow: the arrow leaves a raw, jagged cut on the man's face, which is later seen scabbed and stitched together.
► Men, women, and children are seen being forcefully herded by a crowd of soldiers, who push them into a building, which is soon set on fire; we hear screams and cries as the flames rise and the building fills with smoke, but moments before the entire building is in flames, the people are freed.
► Two men begin a violent fistfight, which leads to wrestling one another until a third man is accidentally kicked in the face and the fight is ended by a man shouting. A young man is seen running from two men on horseback as they throw a rope around his torso, knocking him to the ground and dragging him away.
► A man experiences a flashback to his childhood, witnessing his father being arrested by soldiers; it is implied that the man also witnessed his father being killed.
► During a robbery, a man punches two men in the side of the head as other men hold swords, and bows and arrows up to the men's heads to get them to hand over their goods (the victims are later seen tied together, attempting to walk down the road). A woman slaps a man in the face.
► Outlines of burning buildings are seen as the sounds of screams are heard, implying that multiple towns were massacred and burned to the ground. A man shouts angrily and flips a table over as a woman watches in fear.
► Men are seen with their arms and hands bound in stocks, and a man kneeling on the ground in front of them has his hands and feet bound.
► A man throws two beehives into a crowded room of men and laughs as the men begin to scream and bat at the bees.
► A man cuts his hand while shucking an oyster, blood falls on the oyster and another man eats it. A man spits at another man, and his mouth full of blood (we do not see the spittle). Rats are seen crawling on a table filled with food.
► A woman threatens to cut off a man's "manhood" if he attempts to touch her in a sexual manner. A man tells a crowd of men that he had been instructed to massacre a crowd of men, women, and children.

SUBSTANCE USE - Men and women drink alcoholic beverages, men and women appear to be drunk and a man makes a joke about being the "town drunk."

MESSAGE - Deception is sometimes necessary to defeat a greater evil. 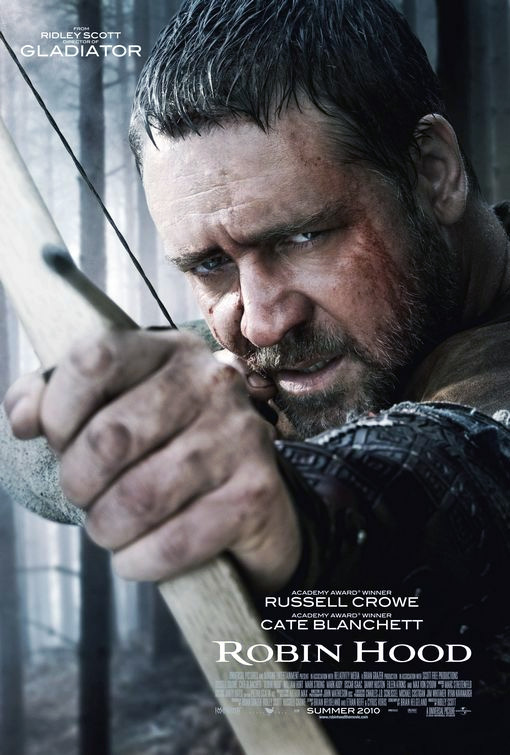