Sequel to "The Ring" that finds Rachel (Naomi Watts) with her son in a small Oregon town, having ran away from Seattle and their previous encounter with Samara, the ghost of the girl who was murdered by her mother. Another lethal video tape pops up and a high school boy is found dead after having watched it. Rachel panics thinking that the vengeful Samara is after them again, and is convinced when her son becomes very ill. Also with David Dorfman, Simon Baker, Elizabeth Perkins and Sissy Spacek. Directed by Hideo Nakata. [1:47]

SEX/NUDITY 3 - A young man and a young woman kiss. A young woman sits on a sofa next to a young man and makes a comment about not wanting to watch a video but that she thought they were going to do something else (implying something sexual).
► A young woman wears a low-cut top that reveals cleavage. A woman's top is short in the back and reveals her bare back. A boy is shown bare-chested wearing boxer shorts.

VIOLENCE/GORE 7 - A woman lifts a sheet covering a body, unzips a body bag, and opens it to reveal the tortured and distorted features of a young man's face -- the skin is tinged grey and the veins are prominent; she screams and cries, a decomposed and wrinkled arm reaches out from the bag and a girl sits up and snarls at the woman. A dead man slumps back and we see his grey-tinged, tortured and deformed facial features.
► A young man sees a dark liquid oozing from under a doorway, he goes into a room, sees an image on a TV, we see a figure with decomposing grey-tinged skin and long hair hanging over its face climb out of a well, walk toward the screen and we see a flash while a young woman in the room screams. A television turns on by itself, a boy tries to turn it off, water begins to fill the room, the boy is terrified, backs up toward the TV and two grey-tinged, decomposing arms reach out, grab him and drag him into the TV; he wakes up in a cold sweat screaming for help. A woman is grabbed by two grey-tinged and decomposing arms, pulled into a TV, where she falls through a well and into water.
► A bathtub fills with water and a boy sits in it: the bathroom door closes by itself, water begins to pour from under the door, the door opens, water pours upward and we see the boy in the tub being held by grey-tinged and decomposing arms (the boy has handprint shaped bruises on his back later); the boy opens his eyes and they are white, a woman pushes the boy down, under water, the water turns black, and decomposing arms reach out and grab her trying to pull her in.
► A woman gives a boy a sedative, puts him in a bathtub, he struggles against her, she pushes him under water, black strands of hair come out of his mouth, a ghost comes out of the water, and then falls in droplets back into the tub and the boy lies motionless; the woman pulls the boy out of the tub and tries to revive him.
► A woman climbs out of a well, a ghost follows her, but the woman reaches the top, the ghost grabs her leg, and the woman kicks the ghost, which falls back down into the water; the woman gets out of the well and puts a lid on it.
► A woman goes to her son's bedroom after the power goes out and she hears noises; she closes a window, turns around and sees the ghost of a girl scratching at the wall, and the boy stands against the wall while flames etch the outline of a tree on the wall and ceiling. A boy looks in a mirror and sees the ghost of a girl behind him.
► A car nearly hits a deer, and the deer, along with two other deer, charge the car breaking its windows and nearly hitting the passengers inside; one deer charges the car as it drives away, flipping over the hood and trunk and landing on the road, while many deer surround the car and act threateningly.
► A boy tells a woman that he has to show her something; she sits quietly, reaches into a drawer, removes a syringe, fills the tube with air, injects herself in the neck and promptly slumps over dead. A woman walks toward a cliff, sees an image of a woman falling off the cliff, and the woman approaches the cliff and lets herself fall over and into the water below.
► A woman goes into a very dark basement, finds a mirror and sees the distorted image of her face (it's only condensation), and she finds many deer antlers hanging from the ceiling, as well as an album with newspaper clippings about a woman who tried to kill her child.
► We hear about a woman having tried to kill her baby by drowning; we see the woman carrying the baby to a pool of water, the baby screams, the woman puts the baby in water, and other women grab the baby, and pull the woman away. A woman takes a video tape from a house where a young man died, she takes the tape to a river, lights a fire in a barrel, burns the tape and we hear faint, high-pitched screaming as it burns. A boy in a hospital bed grabs his mother's arm and she seems to be seeing frightening images of a woman falling off a cliff into a sea below.
► A boy tells his mother to kill him. Two young men talk about having to make someone else watch a tape or they will die. A young man tells a young woman that she has to watch a very scary video and insists upon it (she becomes frightened). A woman talks about a ghost looking for a way into the living world. We hear a report that a young man was found dead and a young woman was found hiding in the basement.
► A young man has a bruised handprint on his arm. A boy becomes very ill, his skin is pale, and he quivers from being cold.
► People suspect that a woman has been abusing her son and she is forced to leave him in the hospital. A young woman walks out of a house and appears catatonic.
► A boy turns on water taps and a fly crawls out. A fish tank is empty of water and we see several dead fish lying on the rocks. A deer looks at a boy and appears to be alarmed. A woman looks out her window and sees a tree burning outside.

MESSAGE - Always listen to your children. 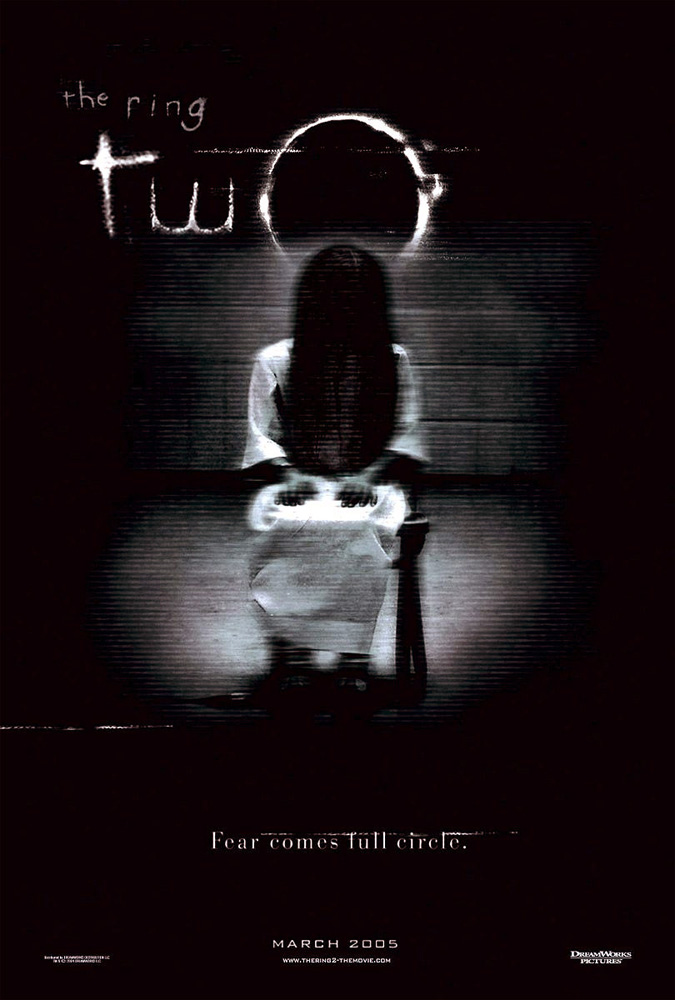