Remake of a high-grossing Japanese film: Naomi Watts stars as a journalist who discovers a videotape with a bizarre history: Everyone who's ever seen it has died within seven days. Is she next? Also with Martin Henderson, Chris Cooper, Brian Cox and Shannon Cochran. [1:45]

SEX/NUDITY 3 - A man and a woman hug and a man kisses a woman's forehead. A woman takes a shower (we see her bare shoulders). A woman is shown in her bra and panties as she's dressing, and a woman wears low-rise pants that reveal her bare abdomen and lower back in a few scenes. A woman falls into some water, her sweater gets soaked and clings to her breasts. A young woman asks another young woman "did you do anything?" referring to the young woman having spent a weekend alone with her boyfriend.

VIOLENCE/GORE 7 - A young woman walks toward a closed door, she steps in a puddle of water, she opens the door and screams in terror: we hear that she has died and in a later scene we see a flash of her decomposing face frozen in fear. A horse in a trailer panics, kicks the door off, rears up and out of the trailer, runs through a ferryboat filled with cars, barrels toward the side of the ferry where it jumps, catches its hind legs, flips over the side and crashes into the water below; we see the horse hitting the side of the ferry and it is eventually dragged under and runs into the propeller blades (we see the water turn red with blood). A woman wraps a plastic bag around a girl's head and pushes her into an open well. A man wrapped in electrical cords steps into a flooding bathtub, plugs a cord into an electrical outlet, flips a switch and electrocutes himself (we see him floating in the tub and a bit of blood is on the wall behind him); this takes place while a woman watches, and screams in terror. A man watches in terror as the image of a girl comes out of a television and approaches him (her skin is decomposing and her eyes are hazy); the man panics and tries to get away from her, falls into glass and cuts himself (there are bloody patches on the floor) and when a woman finds him dead in a chair she screams in terror (we see a flash later of a gray, distorted face frozen in fear). A woman holds a dead girl and watches as she decomposes (we see skin "melting" away, maggots crawling, some ooze coming out of an eye socket and finally it becomes a darkened skeleton). We see scratch marks and a finger nail on a stone wall. A man hits a woman on the head with heavy electrical equipment and she falls to the floor. Nails begin to elevate out of planks in a floor, a swarm of bugs fly up at a man and a woman looking into an open well and a TV slides along a floor hitting a woman and knocking her into the open well (she wakes up in water and gasps for air) where she is trapped when a large stone cover is slid over the opening of the well. A woman begins gagging and coughing and pulls a string out of her mouth that is attached to an electronic monitor. A woman walks toward a girl sitting in a chair and the girl grabs her arm violently (we see the woman later with a hand-shaped bruise on her arm). A woman standing in waist-deep water feels hair under the surface, touches it and is grabbed by a hand from under the water. We see images on a video (it is played several times) that includes: maggots that turn to human form, a huge crawling centipede, a blood covered floor, a woman falling from a cliff, and dead horses on a beach. People talk about a young man having committed suicide, we read about three young people having died (one by falling from a high-rise building, and two in a car accident). A woman screams in terror, and a woman yells at her son. We hear that a girl was kept in a small room in a barn high above stables. A young woman is frightened when a TV turns on by itself, a blur appears to come out of the television and move around the room, and a refrigerator door opens by itself. We hear about many horses drowning. A woman's nose bleeds and later a man and a boy both have bloody noses, we see a bit of blood seeping from a telephone receiver. A young woman grabs her throat, falls over and acts as if she is choking. A young woman picks up the telephone and has a frightened look on her face. A boy draws many pictures of a dead person: some are shown in holes in the ground, others sinking in water, and he draws dark circles feverishly. There are many scenes where people talk about the effects of watching a certain video tape: after the tape is over, the phone will ring and then you will die in seven days. A man hacks at a wooden floor with an axe. We see people gathered at a wake. A girl says that she wants to hurt people. A boy talks about not having enough time, the death of a relative and being shown things by someone who is dead. A woman drives her car recklessly. A woman takes a shower and we see some bloody water going down the drain. Two young women talk about losing brain cells from watching too much television. We see photographs of people with their faces distorted. A woman says " kids don't have strokes unless they are on drugs." We see people in a mental hospital; one of the patients is apparently so afraid of looking at the television that she walks behind a screen.

SUBSTANCE USE - People are shown drinking alcohol and smoking cigarettes. People talk about "getting high."

MESSAGE - Listen to your children, they just want to be heard. 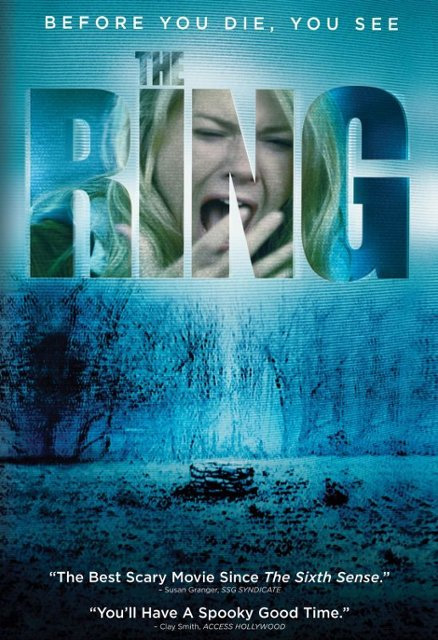