Two childhood friends (Espen Klouman-Hoiner and Anders Danielsen Lie) live in Oslo, Norway, and write novels. When one is accepted for publication and one is rejected, the latter becomes depressed and obsessive, constantly counting numbers, stalking a girlfriend, and finally attempting suicide. Meanwhile the other becomes disillusioned with life in Oslo and flees to Paris. Also with Christian Rubeck, Odd Magnus Williamson and Pal Stokka. Directed by Joachim Trier. In Norwegian with English subtitles. [1:40]

SEX/NUDITY 7 - A young man and young woman have sex, and we see their whole bodies except for genitalia: they kiss, we see rocking, thrusting, hear moaning and the man abruptly stops and rolls over to the other side of the bed, looking depressed; the woman cries, dresses and leaves.
► A young man enters a bathroom where a young woman is crying, they introduce themselves, she locks the bathroom door, she kisses him, they unfasten their shirts, he removes his, and they are in the bathroom a long time while people try to get in; they emerge later, fully dressed, but it is implied that they had sex in the bathroom.
► A picture on a computer screen shows a nude woman on her hands and knees (her bare breasts are visible), and there are other arms and legs around her on the periphery of the frame. A young woman pulls her skirt up to the top of her thighs for a picture to be taken (we see a close up of one thigh). A young woman wears a low-cut blouse and leans forward toward a man, revealing cleavage. Nude male statues are shown on a TV screen (no details can be seen). A young man is shown bare-chested in a bathroom. In a beach scene, several young men are shirtless and a woman is shown in a skimpy bikini.
► A bare-chested young man and a clothed young woman wrestle on a bed, he kisses her, and they get up and leave, ending the scene. A young man tells a young woman that she was likely always in love with his brother, she denies it, they kiss and the scene ends.
► A young man and young woman are shown in bed, under covers, side by side, facing one another: they hold hands and the scene ends. A young man kisses a woman sitting at a dining table during a dinner party. Several couples kiss in a wedding scene.
► A couple embraces briefly to say good-bye and later, the woman kisses the man and walks away.
► A Hustler Magazine cover is seen though a translucent plastic shopping bag, revealing bikini-clad women with ample cleavage, and the male shopper is called "Porno Lars" by his friends; another man tells the shopper, "You need to get laid." A woman tells a man that she used to think he was gay, and he says that he was not. A rock band's name is announced as "Mondo Topless" at a club.

VIOLENCE/GORE 4 - A young man kicks cars parked along a street, and the owner of one car strikes the young man knocking him unconscious. A dog knocks a young man off a park bench and he loses consciousness; when he awakens he has blood under his nose and his lips are slightly swollen.
► A man on a gurney in an ER is held down by two orderlies, and he has blood on his face, hands and white shirt. A young man in a hospital has a partially healed scar on his right cheek and the backs of his hands have long gashes on them, also partially healed.
► A young man is struck by a car; he bounces off the hood and rolls to the ground, gets up, smiles nervously and says he is unhurt (we see no injuries).
► A young man tells a young woman he knows that they are destined to be together, he becomes increasingly possessive, finds her at her workplace, grabs her, and she pushes him away; her boss approaches them and the young man drops to the floor in a fetal position and shakes (we are later told that the young man is taking medication). A record cover shows the title "Oslo Kill City."
► A voiceover states that an author suffered from Acute Stendhal Syndrome and goes on to say that a young woman threw herself from a balcony to her death (we do not see the suicide). A young man attends a wedding and is told that an author committed suicide. We see a scene of Africans with arms raised and carrying protest posters in a parade. A TV broadcast shows a man stating, "China considers it beautiful that the Vietnamese are bleeding." A young man says about a friend: "I wish he would choke." Two scenes show a 6th grade boy push a 4th grade boy into a corner in a school hallway and accuse him of being gay.
► An author uses an electronic voice replacement device used by cancer patients and another author stares, frightened and shocked.

SUBSTANCE USE - In a tavern scene people sip beer and smoke cigarettes, people drink wine and beer, at a gathering many people hold glasses of wine, and several bar and club scenes show bottles and glasses of alcohol. A young smokes a cigarette, young men hold lit cigarettes, and in club scenes there are ashtrays with cigarettes and people dance with lit cigarettes held up in the air. A young man has boxes of prescription medication and we see him taking one tablet, a young man says, "I took too much Seroquel," and a nurse dispenses three large boxes of medications.

MESSAGE - One needs to work at managing life. 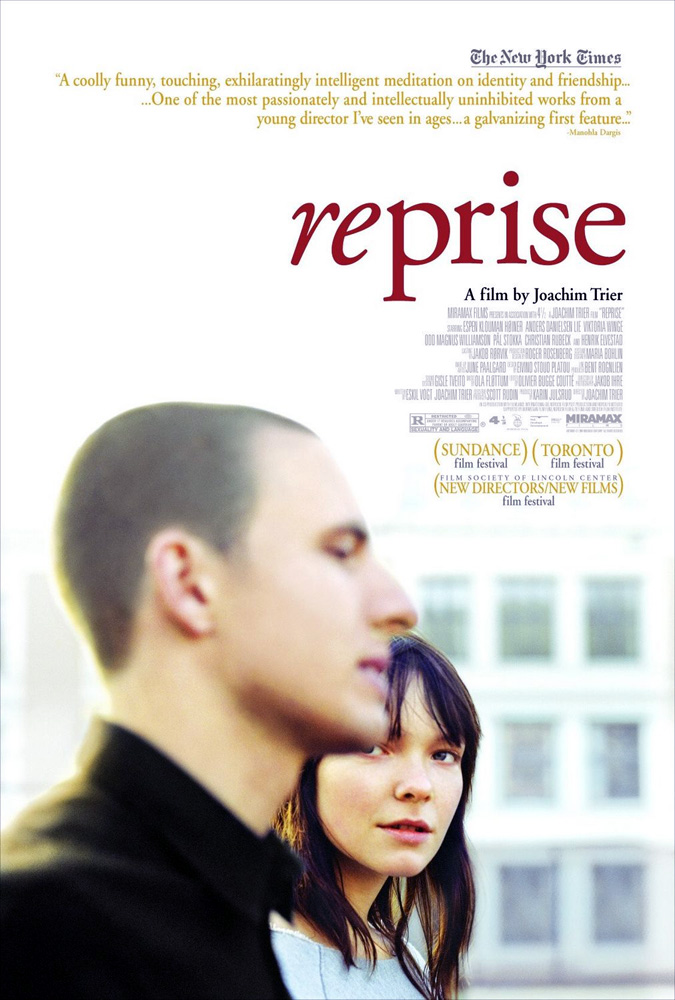