An Egyptian-born chemical engineer disappears during a routine business trip and his American wife (Reese Witherspoon) soon realizes that he was abducted by the CIA and sent outside the U.S. so that he can be tortured, after he was mistaken for a terrorist suspect. While she tries to find a way to get her husband back, she runs into a mountain of red tape that was created in the name of national security. Also with Omar Metwally, Jake Gyllenhaal, Peter Sarsgaard, Meryl Streep and Alan Arkin. Directed by Gavin Hood. [2:02]

SEX/NUDITY 4 - A man and a woman kiss, he lifts her up, places her on a bed, climbs on top of her, and he then rolls over; no sex is implied (we see her bare thighs and cleavage). A bare-chested young man lies in bed with a young woman who's sleeping next to him (she wears a camisole and is covered with sheets from the waist down).
► A man's clothing is cut off and we see him sitting in a chair nude (his bare chest, bare abdomen, bare legs, bare buttocks, and pubic hair but no genitals are visible; in several scenes he is tortured). We see a nude young man strapped into a chair after having been tortured (his bare chest, bare abdomen, bare legs, and hips are visible).
► We see a belly dancer whose bare abdomen and cleavage are visible. We see a woman wrapped in a towel in a bathroom, a man wearing boxers walks into the room, they kiss and he caresses her bare thigh. A man lies in bed sleeping and is bare-chested. A woman wears a low-cut dress that reveals cleavage.
► A young man caresses a young woman's hair and face and they kiss tenderly.

VIOLENCE/GORE 7 - A bomb explodes in a crowded square, throwing people into the air; a man in a nearby car is struck in the neck by glass, he twitches and is covered with blood (we also see blood on another passenger in the car).
► A server in a crowded café is shot in the chest: a glass he is carrying shatters and blood spurts from the bullet wound, while people scream and scatter.
► After a bombing we see the burned and bloody body of a child on a news report and we hear that many people were killed.
► A man covered with blood from being tortured is chained to the ceiling with his feet touching a metal plate on the floor; he is electrocuted several times (we see him stiffen and thrash and we hear his blood-curdling screams).
► A young man has a bomb strapped to his chest, he is shot in the back (we see blood in his mouth and on his face), falls to the ground, lets go of the bomb trigger when he dies and the explosion blows him up and many people around him (we see the blast and see people being thrown).
► A man has a bag over his head and lies on his back while another man pours a bucket of water on his head; the man gags and coughs and has trouble breathing.
► A man is questioned, he yells at his interrogator, he is struck hard across the face, falls out of his chair, he's dragged away and thrown in a small dark cell called "the hole" and we hear him screaming. A man in a small, dark cell kicks the door and screams (we see blood on his face and chest from previous sessions of torture).
► Police officers raid a compound where a group of people prepare for protests, and some are beaten with sticks (we see blood on several people) while some are arrested.
► On several occasions we see a video of an explosion in a crowded square that killed many women and children.
► A man lunges at a man who is strapped to a chair and has tape on his eyes, he holds him around the throat and squeezes causing the man to gag and gasp (he then lets go and leaves).
► We see a nude young man strapped into a chair after torture and he has blood on his face and chest. We see photos of a dead man with bruises and abrasions from torture.
► A man stumbles when he realizes that his daughter is dead. A woman understands from her husband's expression that their daughter is dead and she strikes him repeatedly and screams. A woman is in a panic searching for her husband who did not get home from an overseas business trip.
► A man in shackles is forced into a dark cell. A man exiting an airport is stopped by security, ushered into a passageway, a black bag is placed over his head, he is handcuffed and is taken to a room where he is questioned. We see a suicide bomb vest made with explosives and nails designed to "inflict the maximum human damage."
► A young man is angry and throws things around a room. A woman yells at another woman as she walks away from her and then pleads with her; she is held back by police and she walks away.
► We hear about "secret prisons" outside the United States where torture can be conducted by non-Americans. A man talks about "the destruction of the infidels" and going on a Jihad. A man says that a saying states, "Beat your woman every day and if you don't know why, she does."

SUBSTANCE USE - A man drinks shots and appears drunk in a few scenes and people drink champagne. A woman smokes, people are shown smoking cigars and hookah pipes in a few scenes, and we see cigarette butts in a glass by a man's bed.

MESSAGE - Torture is a violation of the U.S. Constitution, it is not an effective fact-finding technique and it should not be employed under any circumstances. 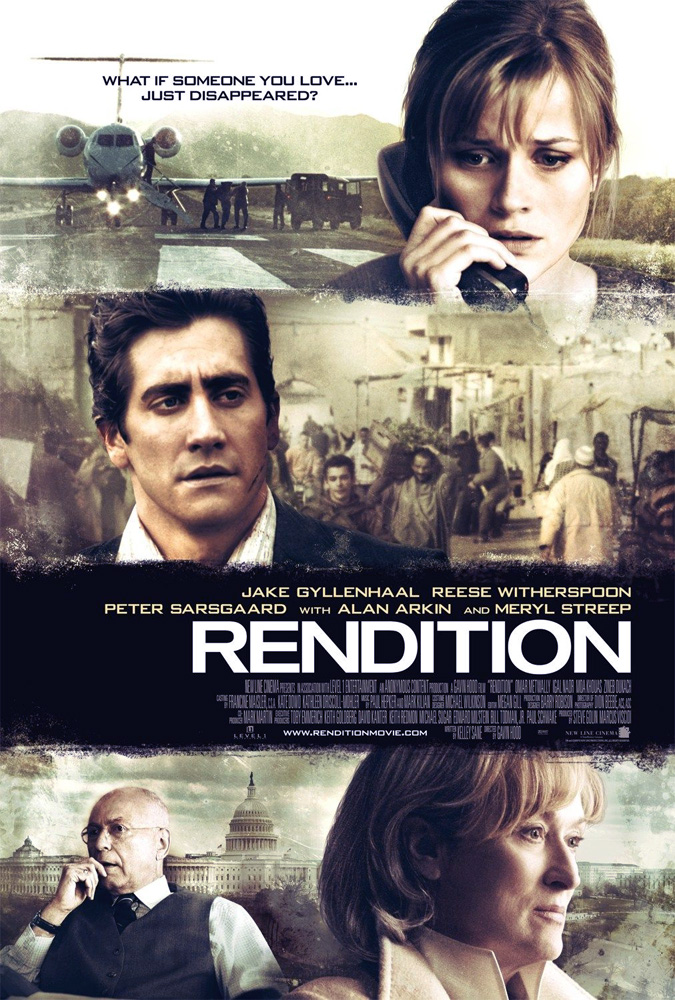