A man (Robert Pattinson) trying to make sense of his older brother's suicide and his estranged relationship with his father is arrested one night for trying to break up a fight on a NYC street. The arresting officer has a daughter (Emilie de Ravin) with whom he strikes up a friendship, but when their relationship evolves, his frustrations about life surface. Also with Chris Cooper, Lena Olin, Ruby Jerins, Tate Ellington, Pierce Brosnan and Kate Burton. Directed by Allen Coulter. [1:53]

SEX/NUDITY 7 - A man and a woman kiss passionately, they continue to kiss while in bed having sex, and we hear moaning and see thrusting, bare shoulders and backs; then we see them lying in the bed together (covered by sheets), he kisses her neck and chest, they hold each other and it is implied that they have sex again.
► A man and a woman kiss passionately, they hold each other and press against a wall; it is implied that they have sex when we see them in bed later (we see his bare chest and her bare shoulders and back).
► We see a scene from a movie where a man walks in on his son having sex with a woman (we see the woman's bare knees near the man's alarmed face when he sees his father enter the room).
► We see a woman sleeping in bed (her bare leg is seen from under the sheets) and it is implied that she and a man had sex the night before. A woman lies in bed covered with a sheet (her bare shoulders, chest and bare leg are seen), a man (he's clothed) climbs on top of her, kisses her and leaves, and we see her standing with a sheet wrapped around her.
► A woman wears a low-cut vest that reveals cleavage, bare shoulders and bare abdomen. Women wear low-cut tops that reveal cleavage, bare shoulders and backs in several scenes. A woman wears only a zipped up sweater that reveals her bare thighs. A man changes his shirt and we see his bare back and part of his chest, which has a tattoo on it.
► A woman kisses a man. A man leans to kiss a woman, she pulls away and says, "Not tonight."
► A man talks about having "planted my flag in every continent." A man talks about developing a supply kit for "one night stands" and names it using a derogatory term for a promiscuous person. A man says, "I'd rather be sodomized by a toothbrush." A man talks about having "erectile dysfunction." A man arguing with his professor remarks that he'd "Like to put something into her." A man asks a woman, "You wanna make out with me?"
► A man organizes books in a library by "people who have slept together and end up in jail."


VIOLENCE/GORE 6 - Two men hold guns on a woman on a subway platform and rob her, she gives them her purse and her jewelry, the men step into a train, and one man shoots her in the chest; she falls to the ground and her young daughter, standing by her side, screams (we later see a sheet with a large blood stain covering the body).
► Two men get out of a car and argue with two other men, who have crossed the street in front of them; one man holds a stick and strikes a man numerous times, another man watching the events unfold jumps on the man with the stick and punches him repeatedly, and they all fight with more punching -- a woman tries to break it up and is elbowed in the face (we see her bloody mouth later) and we later see four handcuffed men with bloody and bruised faces.
► A man slams a man's head against a car and places him in handcuffs (we see the man's bloody and swollen face in a number of scenes after this). A man and his adult daughter argue bitterly and he slaps her in the face (she falls to the floor and we see her bloody lip). A woman slaps a man in the face.
► A man enters his apartment warily after seeing the door open, he carries a baseball bat as he walks through, he finds a man, they argue, and one man shoves the other against a wall and holds his throat causing him to gasp for air; the man slides down the wall nearly unconscious and coughs as the other man leaves.
► We see people rushing and then see debris falling and charred personal effects littering the ground (we understand that it is the 9/11 terrorist attack on the World Trade Center).
► A man shoves a young girl seated at a desk, and he grabs a fire extinguisher and throws it through a window breaking it and causing other students in the room to scream. A man shoves a man standing on a ladder in a library, he falls off (he's OK) and they scuffle briefly.
► A man enters a conference room where there is a meeting underway, and he yells at one man, who yells back at him and then lunges at him (both men are held back by other men). A man yells at his father and leaves. A man yells at men to leave a room where a meeting is taking place.
► We see a young girl with a large chunk of her hair missing and it is understood that other girls at a sleepover have cut her hair as a prank. Young girls call another young girl names and mock her in several scenes.
► A man convinces another man to have sex with a woman and then dump her. A man is angry with another man and accuse shim of "dumping Jell-O shots down her throat" to get her drunk. A man tells another man, "The rest of your children are going to hang themselves." A man discusses his brother's suicide. A woman discusses her mother's murder. A man talks about a Greek myth that describes a man castrating his father using a sickle. A young girl talks about a woman jokingly threatening her son with a "yuletide homicide." A woman talks about the possibility that she might die before finishing her meal and that is why she always starts with dessert.
► In a few scenes, a man is dismissive of his young daughter and does not pay attention to her when she talks. We see people gathered at a cemetery near a man's grave.
► A woman vomits several times into a toilet (we hear retching and splattering) while a man holds her hair; then she collapses onto the floor.
► A man squirts a woman with water, she empties a pot of pasta water over his head, and they wrestle over a showerhead in a bathtub and soak each other completely.

SUBSTANCE USE - People smoke cigarettes and drink alcohol in a bar, a woman is shown vomiting after drinking too much alcohol, a man and a woman drink alcohol at a restaurant, people drink wine with dinner, a man holds a bottle of beer (we do not see him drink), a young girl tells a man, "You smell like Listerine and beer, a man and a young girl talk about why people drink, a man drinks beer in several scenes, a woman drinks wine, a man and a woman drink beer, a man holds a bottle of wine that he apparently ha been drinking from, and a man tells another man, "You smell like beer and cigarettes." A man smokes cigarettes in numerous scenes throughout the film, a man remarks in a number of scenes that he is going to quit smoking, a man smokes in an office building and is told to put the cigarette out, and a man puts a wet cigarette in his mouth.

MESSAGE - Whatever you do in life will be insignificant: what is important is that you do it. 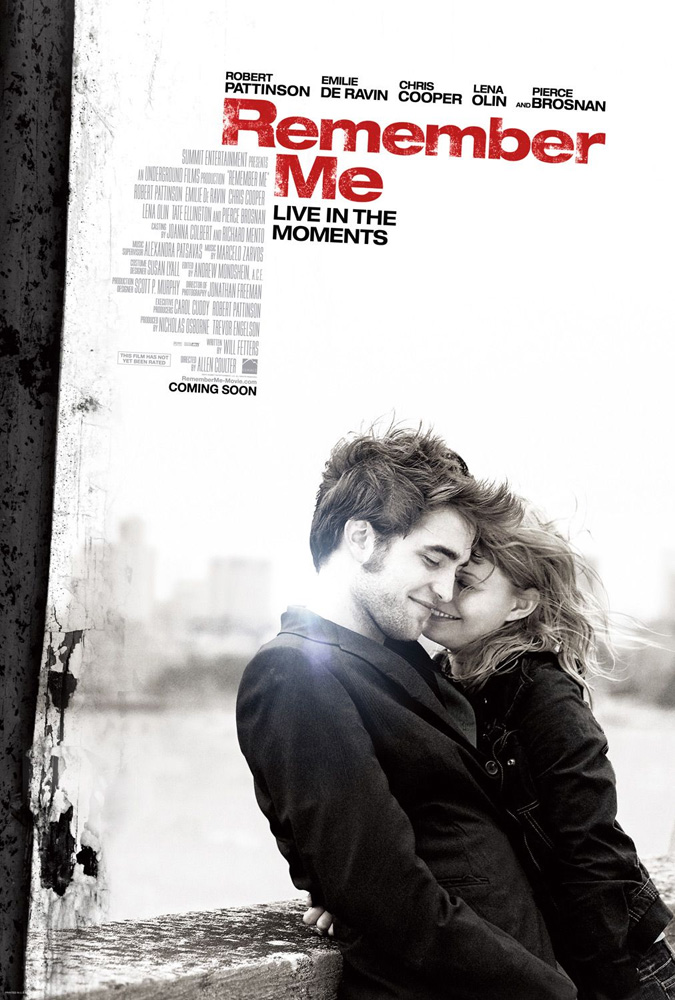