A successful hotel resort manager (Rachel McAdams) traveling from Texas to Miami on a red-eye flight meets a man (Cillian Murphy) who seems charming. But once the plane is in the air he tries to make her help him with his plot to assassinate a government official -- or her father will be murdered. Also with Brian Cox, Jack Scalia and Jayma Mays. Directed by Wes Craven. [1:25]

SEX/NUDITY 1 - A woman takes off her top in a bathroom to change and we see her in her bra, and a woman wears a very low-cut top that reveals cleavage. A man and a woman who have just met flirt with each other.

VIOLENCE/GORE 6 - A woman stabs a man in the throat with a pen, he gasps, we see the pen protruding from his throat, he pulls it out and we see a hole (no blood is visible).
► A man chases a woman through a house, she throws a chair in his path, he falls over, she kicks him in the leg and head-butts him, he falls down stairs and we see him pull her shoe out of his leg (it was a spike heel).
► A man with a knife chases a woman, she throws a vase at him, she hits him repeatedly with a field hockey stick as he slashes at her with the knife, and he grabs and throws her down a flight of stairs (we see she has blood on her arm and face); she then finds a gun and shoots him in the chest, she crawls away, he grabs her by the hair, and another person shoots him again in the chest, and he falls back.
► A man shoots at a woman driving a car, she swerves, drives toward him, hits him and pushes him back through the door of a house (we see him lying on the floor with a pool of blood collecting under his head and the woman has a bloody cut on her head).
► A man head-butts a woman knocking her unconscious and we see a trickle of blood coming down from his head. A man shoves a woman back into an airplane bathroom, slams her against the walls and holds her around the throat while verbally threatening her and her father.
► A rocket-propelled grenade is launched into a hotel, it explodes blowing flames through a room and hallway and the blast knocks people through the air.
► A man chases a woman through an airport. A woman is chased by airport security through an airport.
► A woman steals a car and drives through highway traffic; she swerves and nearly hits other cars while trying to make a phone call. An airplane flies through a lot of turbulence, passengers are jostled in their seats and one woman appears particularly frightened.
► A man tells a woman that he will have her father killed if she does not help him. A woman talks about having been attacked in a parking lot and that the assailant held a knife to her throat. A man tells a woman that he killed his parents.
► A man and a woman argue with a hotel employee and are very insulting. Several people are angry and tense about having to wait for delayed flights at an airport and one yells at an airline employee.
► We see a scar on a woman's chest a couple of times. We see a crate of dead fish packed in ice being closed and then opened. A woman vomits. Two women run into each other and one spills her beverage on the other.

SUBSTANCE USE - People drink alcohol at a bar and several men drink beer while fishing. A man smokes a cigarette.

DISCUSSION TOPICS - Department of Homeland Security, terrorism, the war on terror, responsibility, victims of violent crimes, fear of flying, divorce, stress, management in the service industry, promises, emotions vs. logic and the differences between the sexes. 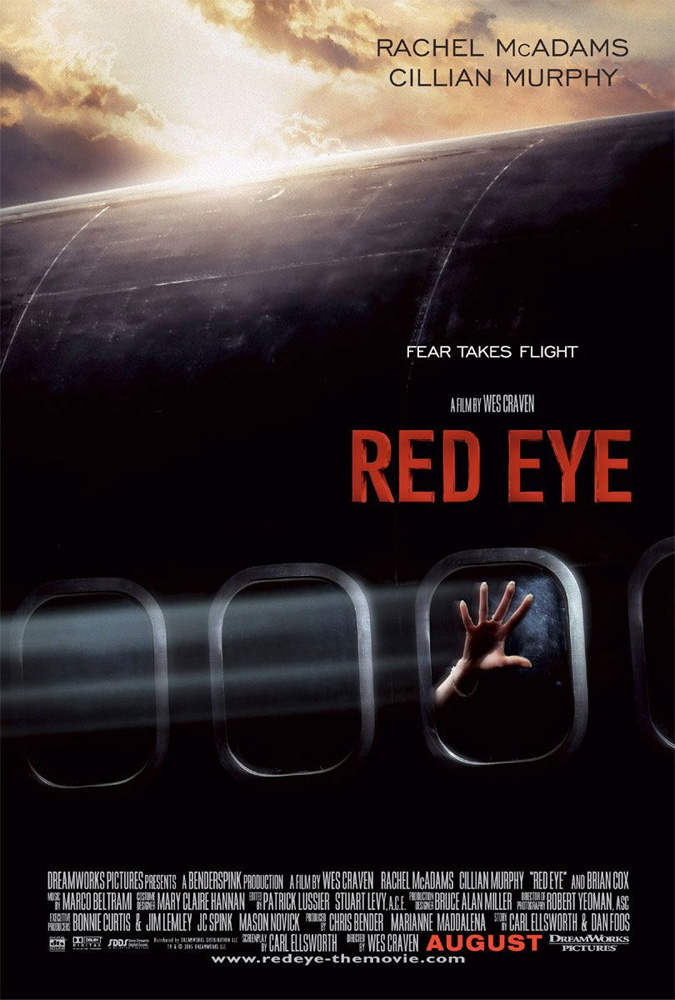