A former Black Ops CIA agent (Bruce Willis) calls his old squad (John Malkovich, Catherine Zeta-Jones, Lee Byung-hun, Brian Cox and Helen Mirren) back together for a mission to Paris, London and Moscow. Looking for a missing state-of-the-art nuclear device, they confront highly experienced international assassins, terrorists and government officials who have their own agendas. Also with Mary-Louise Parker, Anthony Hopkins and David Thewlis. Directed by Dean Parisot. English subtitles are provided for scenes filmed in Russian, Korean and Farsi. [1:56]

SEX/NUDITY 3 - A Penthouse Magazine cover shows a woman from the waist up wearing a bikini that reveals significant cleavage (the magazine is not opened). In a South American tavern, four women dance wearing midriff-revealing blouses that are off one shoulder; a man at the bar wears a Carmen Miranda fruit hat, necklaces, lipstick and a woman's feather jacket. A man undergoes an X-ray scan and we see his bare body, front and back, from the head to the hips including navel. Several women wear either blouses or long gowns with deep V-neck bodices that reveal cleavage. A woman's V-neck top extends to her abdomen, with a little bosom shown. A man in a plane wears a sleeveless undershirt that bares shoulders and arms. A woman wears a short kimono that reveals bare thighs and legs.
► Several scenes feature short but passionate kisses between a man and a woman.
► A woman criticizes her boyfriend for another woman kissing him and says, "She was cleaning your teeth with her tongue" and the man smiles. A CIA boss tells a male prisoner, "I love watching your girlfriend shave her legs in the tub" (on surveillance). Two men lie close together in spoon fashion on a sidewalk, avoiding gunfire; one man asks the other, "Is that a stick of dynamite?" (he really does have dynamite). A man smells a woman's shoe, saying that he likes the way her toes curl when she fires a cannon. A man and a woman plan to spend a night under the stars together in the future (sex implied).

SUBSTANCE USE - A man says that another man used LSD for over a decade, a man admits to giving an Army officer three hits of LSD to make him reveal secret information, a man says that a certain woman is affected by a particular male friend as if he is Kryptonite (immobilizes her like a drug), and a Russian offers Americans suicide pills from a medication bottle (they decline). Several café and restaurant scenes feature tables where people drink glasses of wine, several scenes on a private plane feature men or women drinking wine or champagne, a dozen people toast with vodka, a CIA boss drinks wine calmly between beatings that he inflicts on a prone and unconscious man, a man performs a tasting on an expensive wine in a restaurant while two Iranian men become impatient and angry with him and his slurping, a spy lures a wine taster and bidder to a hotel over an iPad by offering an extremely rare wine for sale, a posh restaurant has a floor-to-ceiling back-bar filled with expensive bottles of wine and liquor, and two men drink fruit drinks at a bar where we can see bottles of liquor and beer. A man finds a tobacco pipe in a vault (he does not smoke).

MESSAGE - The skills required to protect the world from evil are ageless. 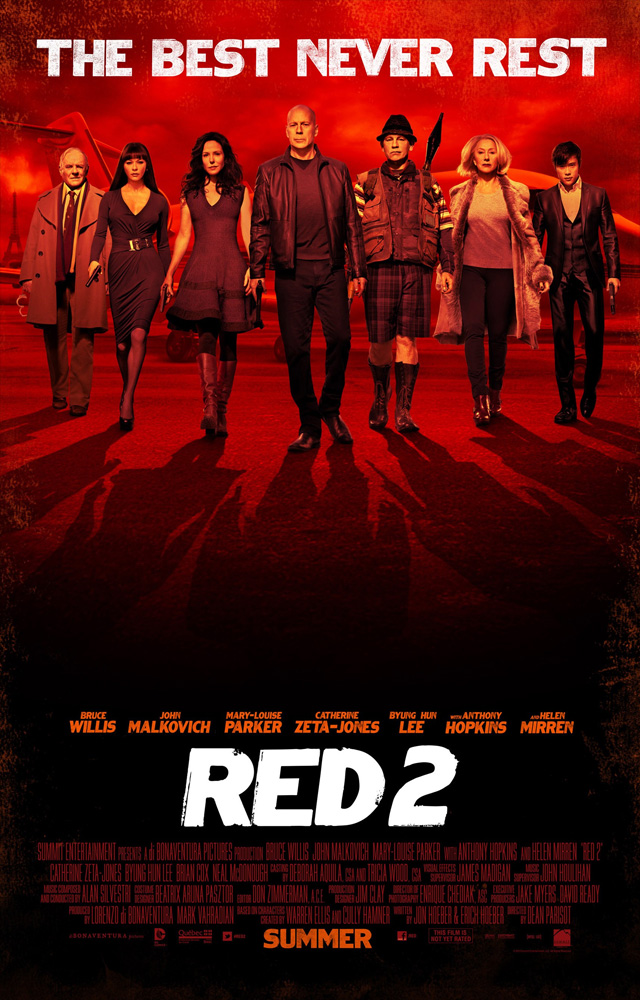