The godparents of a teenage girl whose own parents have died adopt her, and because she is hearing impaired, everyone confesses their problems to her, assuming that she cannot hear what they are saying. Thus dark secrets about incest and plans for revenge are revealed, destroying the façade of idyllic suburban life. With Elisha Cuthbert, Edie Falco, Camilla Belle, Shawn Ashmore and Martin Donovan. Directed by Jamie Babbit. [1:36]

SEX/NUDITY 7 - A man and his teenage daughter lie in bed together: we see his bare shoulders, they kiss, he rolls on top of her, he begins to thrust and they are interrupted. A man kisses his daughter's neck (she is wearing a bra and panties).
► A young woman takes off her top, she takes a young man's shirt off, she bites his nipple, they kiss, and they have sex (he thrusts and moans).
► A woman opens her robe and stands topless in front of her husband (we see her bare breast and lace panties). A young woman pulls down her top to show another young woman her nipple and asks her questions about it (we see a small part of the side of her bare breast). Young women wear short cheerleader outfits that reveal cleavage, bare abdomens, bare legs and a part of bare buttocks, a young woman wears a low-cut tank top and shorts (it's sleeping attire that reveals cleavage and bare legs), and young women wear low-cut tops that reveal cleavage.
► A young woman talks explicitly about sex that she had with her father, and the techniques that she used. We hear kissing and a man and a young woman talking in hushed tones (it is a man and his teenage daughter having sex).
► A man goes into a young woman's room, sits on her bed, confesses to being "sick" and touches her hair tenderly.
► A man and a woman kiss passionately on TV (we hear moaning).
► A young man talks to a young woman about being aroused while thinking of her, and that he self-stimulated himself. A young man tells a young woman that he thinks about her in sexual terms. Young women talk about young men and their desire to have sex with them in many scenes. Two young women talk about how to know whether they are a good kissers. A young woman talks about wanting to see if she can make a young man aroused by touching his leg. A young woman talks about another young woman's father in sexual terms. A young woman talks about running away from home and becoming a stripper.

VIOLENCE/GORE 7 - A man is killed with a piano wire wrapped around his throat (blood gushes and he falls to the floor).
► A man grabs a young woman by the arm, he shakes her and slaps her across the face twice, he pushes her onto a bed and begins to open his pants, and she protests and kicks him. A young woman holds a steaming iron near a man's face.
► Students dissect a baby pig (we see pigs tied down to trays and we see one student slashing at it with a scalpel).
► A young woman opens a bag containing her father's ashes, she dips her fingers in them, and she licks one finger. A young woman presses a hot iron against a teddy bear's face (we hear it sizzle and see it charred). A young woman puts lipstick on another young woman and smears it around her face. A woman passes out on a floor after taking pain medication.
► A husband and wife argue. We hear that a young woman's parents died: her father died after being struck by a truck and her mother died from cancer. A young woman talks about wanting to kill her father. A young woman talks about having killed her goldfish by cutting them in half with scissors when she was young. We hear that Beethoven's mother died and he became depressed.

SUBSTANCE USE - A young woman takes one of her mother's prescription pills and calls it legalized heroin. A young woman smokes a cigarette.

MESSAGE - Some people are beyond redemption and murdering them is understandable, if not justifiable. 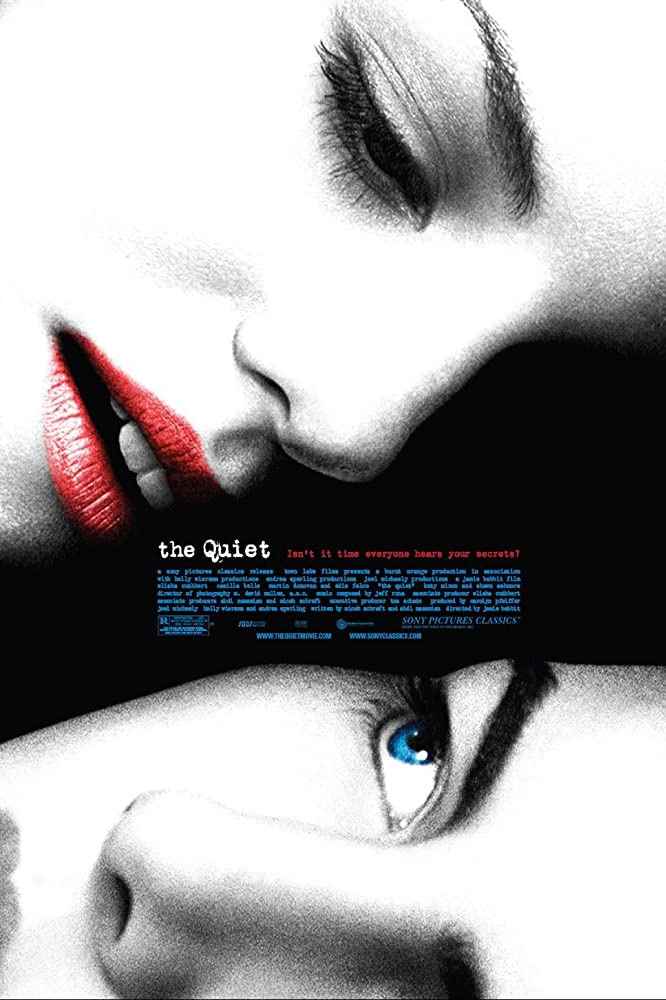