SEX/NUDITY 5 - A man attacks a woman and rips her clothes off (cleavage and bare abdomen are shown and we hear her crying); we see the woman lying on a bed, her hands are tied and it is implied that the man is going to rape her.
► A woman (she's nude but covered by a sheet, that reveals her bare back to the hip and her bare shoulders) sits on a bed, and a bare-chested man sits behind her and kisses down her back; he then pushes her down on the bed, they kiss and the scene ends (it is implied that they have sex).
► The opening credits are accompanied by what looks like women slithering and moving in and under mounds of sand (when we see the women's figures they appear nude, but we see then only in silhouette).
► We see a dead, nude woman covered in crude oil, lying face down on a bed. A woman's skirt lifts up and we see her bare thighs, we see a man bare-chested briefly, women wear low-cut evening gowns that reveal bare shoulders, backs and cleavage, and a woman wears a low-cut tank top that reveals cleavage bare shoulders and back. A woman is sunbathing in a bikini.
► A man and a woman kiss in a couple of scenes. A woman kisses a man on the cheek. A man kisses a woman's hand.
► A man tells a woman, "I knew we shouldn't have slept together." A man offers a woman to another man and a remark is made about "using her" (implying in a sexual manner). A woman tells a man, "I want your hands on my skin."

VIOLENCE/GORE 7 - A man is pulled out of the trunk of a car, and then shot in the back (we see him with blood on his back and chest and we watch him die while being held by another man). A man in a car is shot in the head (we see a bit of blood splatter), and then several other men are shot.
► A woman scratches a man's face, he throws her around, she falls onto a glass table breaking it, and she uses a shard of glass to stab the man in the back; she then retrieves a gun and shoots him (we see blood on his shirt).
► A man shoots a man and a woman (they fall to the floor with no evident blood). A man is thrown off the roof of a building and lands on the hood of a car and he is then shot by a man inside the car.
► A man breaks into a hotel room where a man with a knife attacks him and they fight: they break through glass doors in the room (we see blood on a man's face and arm), and one man stabs the other in the leg with a pair of scissors -- he twitches briefly and dies.
► A man chases another man through a tunnel and rubble falls, they continue to run through dense crowds shooting at each other, a bystander is struck (we see a bit of blood and the victim falls to the ground), and the two men jump across rooftops; one jumps onto the roof of a moving bus and then into a bell tower, where the two men fight: they fall through a glass roof and onto scaffolding where they continue to fight while swinging from ropes, and one man dangles by a rope around his ankle and one is shot.
► We see a photo of a dead man who apparently drowned but the photo shows that his eyelids and lips are missing (it is implied that fish ate them). A man has a bloody bullet wound on his leg. A man is shown dead under water.
► Men with guns in a bar shoot at a man, and they struggle briefly and then fight with punches and kicks.
► A man attacks a woman and rips her clothes (we hear her crying), we see the woman lying on a bed, her hands are tied and it is implied that the man is going to rape her. A woman trips a man and he falls down a flight of stairs (he's shown unconscious). A man pushes a woman against a stone fence, which begins to break (she does not fall).
► During a stage performance a man is stabbed repeatedly (we see red liquid seeping into his shirt). A woman punches a man in the face and they wrestle and struggle briefly.
► A woman shoots at a man (they are both in a car), he gets out of the car, runs away, and he steals a motorcycle from another man and speeds away. A plane is shot at while flying and it loses altitude: it flies through a mountain range and is shot at by other planes, its engine smokes, another plane crashes into a mountain side, and two passengers jump out of a plane, which crashes -- their parachute opens late and they slam to the ground hard (we hear a thud). A man and a woman in a boat are chased and shot at, they speed toward oncoming boats, one crashes into another, one drives up on top of the other and the woman is knocked unconscious. A man on a motorcycle speeds off a pier and lands on the back of a moving boat; he fights with the people on the boat, he crashes the boat into another one, grabs a woman and they jump to yet another boat and speed away. Cars speed on narrow, winding roads, men in the cars shoot back and forth at each other, a truck swerves, a car spins, a car and a truck crash head on, police cars join the chase, a police car cashes and falls over a cliff, and another car falls over another cliff before the chase ends.
► A tank of hydrogen explodes, and a building becomes engulfed in flames and begins to collapse while people are still inside. A car speeds through traffic, a truck stops short of hitting it and drops its load of caskets on the road.
► A woman questions and threatens a man who is bound to a chair. A man holds a gun on a man and a woman. A man is shown unconscious in a restroom after another man steals a bag from him. The driver of a car opens the trunk of a car after he has been chased by other cars and we see a man in the trunk (he is alive).
► A woman talks about a men shooting her father and then strangling her mother and sisters while she watched. A man offers a woman to another man and a remark is made about "using her." A man kisses a woman's hand and tells her that he was the last to see her family alive. A man talks of having been tortured. We hear that a woman was drowned in crude oil, and we hear of a man who was found with oil in his stomach after being left in the desert without water.
► A woman has a scar on her back (it looks like a burn).

MESSAGE - Revenge has consequences. Disobeying orders from your superiors may be necessary to conclude your mission. 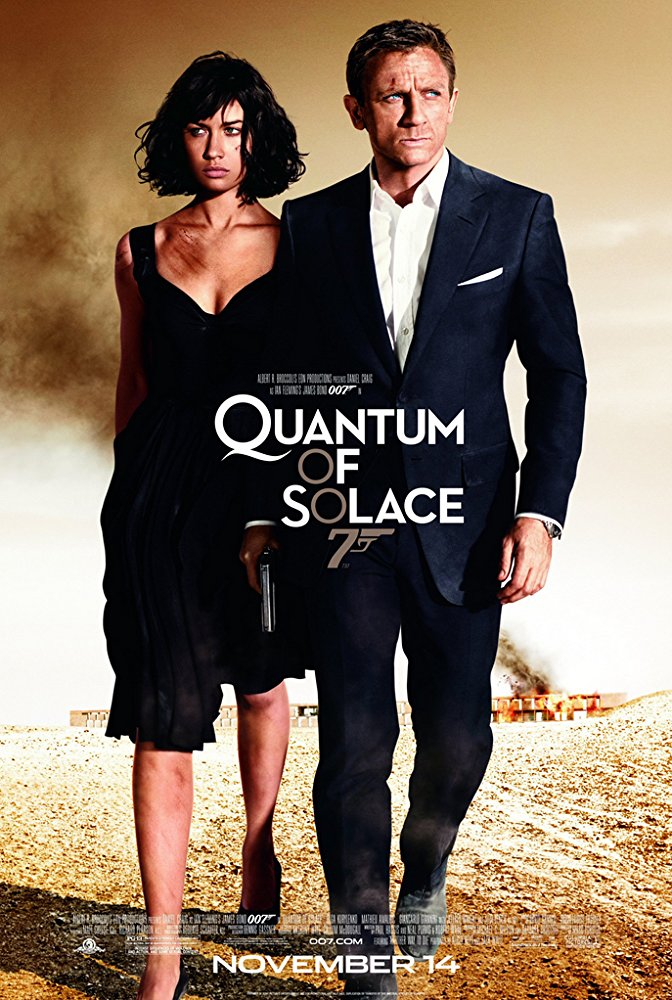