Why is “Purple Hearts” rated TV-14? The TV Parental Guidelines Monitoring Board rating indicates that “this program contains some material that many parents would find unsuitable for children under 14 years of age.” The Kids-In-Mind.com evaluation includes a few implied sex scenes and several kissing scenes, armed soldiers and gunfire and explosions in a few scenes, an explosion that we understand wounded several soldiers and killed others, a couple of fights, threats with a gun, several arguments and at least 2 F-words and other strong language. Read our parents’ guide below for details on sexual content, violence & strong language. A musician (Sofia Carson) and a U.S. Marine (Nicholas Galitzine) that dislike each other, decide to marry for convenience in order to gain military benefits. The unexpected challenges they face lead them to help each other and form a closer bond. Also with Anthony Ippolito, Chosen Jacobs and Linden Ashby. Directed by Elizabeth Allen Rosenbaum & Ben Lewin. Several lines of dialogue are spoken in Spanish without translation. [Running Time: 2:02]

– A man and a woman lie in bed wearing T-shirts and with a blanket covering them from the waist down; they kiss briefly and the scene ends (sex is implied). A man and a woman in a motel unbutton each other’s shirts and the scene cuts to the couple in bed (we see their bare shoulders as they kiss until the scene ends and sex is implied).
► A man and a woman kiss quickly in three scenes and hold hands. A man and a woman kiss for several seconds in a few scenes. A man and a woman kiss for a few seconds in a wedding scene.
► A man tells a woman that he risks his life in combat in Iraq, but she thinks she is too good for him to touch her; she walks away and tells another man that all Marines are misogynists.
► A man removes his shirt in a bathroom and his wife helps pull down his trousers from over a swollen and very scarred leg (he is wearing black briefs to mid-thigh); the scene cuts to him sitting in a tub and we see his bare shoulders as the woman sponges water over his back and hugs him. Several men at boot camp wear knee-length shorts. A woman wears a pair of tight, very-short shorts in a few scenes; she bends over in one scene and a man stares at her buttocks. A woman wears a low-cut top that reveals cleavage. A woman in a background shot wears a halter-top that reveals cleavage. A woman wears a crop top that reveals some of her bare abdomen, and hops up and down while singing, causing her breasts to bounce.

– A man beats another man with a metal cane, throws rolls of money at him and threatens to kill him; the beaten man kicks one of the attacker’s legs, causing him to fall and they roll on the ground groaning and punching each other until one man punches the other man, takes his gun, takes it apart and throws the pieces into a dumpster (we see blood on one man’s nose and shirt).
► Soldiers in Iraq walk with rifles drawn in what looks like an abandoned village and the screen goes black as we hear a muffled explosion; we then see a woman receiving a phone call telling her that her husband suffered shattered legs in an IED bombing and we see the man in a hospital bed with an oxygen tube clipped to his nostrils, bandages around his legs and some blood along the back of the knee as he groans and grimaces; the man’s father enters the room and berates him, the man tells his wife that her best friend was killed in the bombing and she cries loudly and runs from the room.
► A man in physical therapy grunts and winces in pain while using parallel bars for balance as he relearns to walk and we see him progress to using a cane and eventually walking without a cane. Two men help a wounded man up and down stairs at his third-floor apartment.
► We see a cemetery funeral with a brief glance at a closed coffin and rows of headstones as Marines hold an American flag and give it to the deceased’s crying mother, who is joined by his crying fiancée. A Marine in a wheelchair sits in front of a grave for a few minutes and he later visits the grave again and looks sad.
► A large pickup truck chases a jogger, nearly hitting him, screeching the tires, and coming at him again around another corner; the jogger climbs a chain link fence, but the truck finds him and cuts him off as the driver with a pistol approaches him and demands $15,000, which the jogger owes for drugs and loans, and then drives away. A man threatens and makes prank calls to another man’s fiancée’s mother, breaks into her house and upsets some furniture (we see this after the fact).
► A disabled soldier is arrested for fraud for a fake marriage and taken to trial on his former military base; he receives a six-month sentence and a dishonorable discharge, but is allowed to keep his Purple Heart.
► Many scenes include a woman and a man arguing loudly, often shouting at each other, and in one scene she threatens him with divorce. A man berates his adult son in a few scenes. In a cafe, a man makes a toast by calling out, “Let’s hunt some [religious profanity deleted] Arabs,” a woman stands up and berates him, he yells, another man shouts at both of them, and the second man slams the table with his fist and storms out.
► A man tells a woman that when his mother died after a cancer diagnosis and chemotherapy, he turned to drugs but went to rehab and is clean now; the woman tells him that her mother entered America illegally and raised her for years by working low-paying jobs until she could become documented. A soldier says he is afraid to go to Iraq. Soldiers in Iraq cry when they hear a song about their experiences on a computer phone call on FaceTime. Footage on a computer shows soldiers in Iraq, carrying another soldier on a stretcher and we hear gunfire off-screen and see clouds of dust.
► A man and a woman suck on hot peppers and the man’s eyes water; he shouts in pain, spitting out the peppers behind him as he turns away from the camera.

– A man addicted to unspecified drugs successfully completes rehab, a woman partially collapses in a couple of scenes and gives herself an insulin injection in the arm, a woman does a finger-stick blood sugar test and we see a drop of blood, and a technician tapes an insulin pump to a woman’s abdomen. A woman in a bar sips from a glass of beer, a woman pours clear liquor into the mouth of a woman lying face up on a table, and men and women sip from glasses of beer and martinis.

– High American medical costs and drug addiction can cause desperation that ends in fraud and jail time. 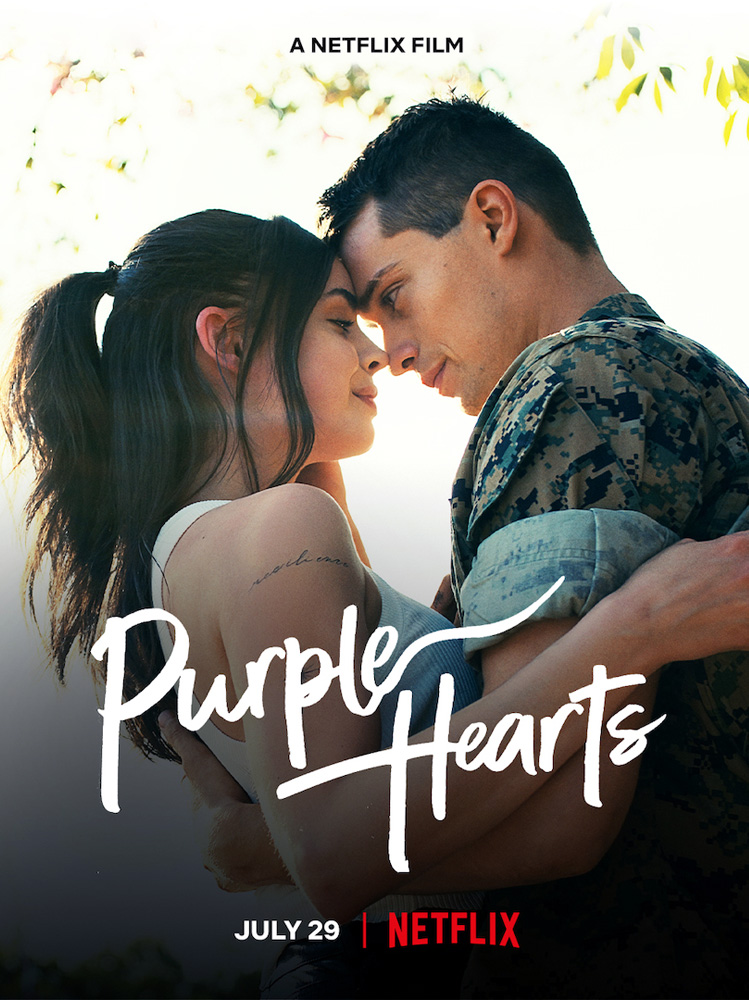