In Victorian-era London magicians are celebrities, lionized and idolized by the public. Two ambitious magicians (Hugh Jackman and Christian Bale) may have different styles but start out as friends and collaborators, until their biggest trick goes awry. They then become lifelong enemies, and devote themselves to an escalating battle of tricks. Also with Michael Caine, David Bowie and Scarlett Johansson. Directed by Christopher Nolan. [2:08]

SEX/NUDITY 4 - A husband is bare-chested and his wife is in night clothes, they kiss and lie back in bed and the scene ends (it is implied that they have sex).
► A woman who's on stage wears a bustier that accentuates her cleavage and bare shoulders. A woman removes her skirt and we see her in bloomers. A woman wears a low-cut, short dress during performances (her cleavage and bare thighs are visible). A woman wears low-cut top that reveals deep cleavage in many scenes.
► A man and a woman kiss in bed (the scene ends). A man and a woman kiss in a few scenes.

VIOLENCE/GORE 7 - A man cuts another man's fingers off using a chisel (the man screams loudly and we see the bloody and bruised digits later).
► A woman with hands and feet bound is lowered into a tank of water, the lid of the tank is locked, she is unable to get out and she thrashes and struggles, and a man manages to break the tank (it's made out of glass), the woman washes out onto a stage but she is dead.
► A man stands on a stage, equipment is set up around him that causes electrical flashes to dance around and on him, there is a loud, bright flash and the man disappears, falling through a trapdoor and into a water tank that locks (he struggles to get out but cannot and another man watches as he drowns); we see this scene again and a man tries to break the glass but cannot before the man drowns (we see the dead man on an autopsy table).
► A man shoots a man in the chest, the man gasps and slumps to the ground dead. A woman hangs herself (we see her feet swinging off the ground). A man walks toward gallows, he is strapped around the chest, we see a noose placed around his neck, a hatch opens beneath his feet, and we hear a crack.
► A cage snaps shut crushing a live bird and breaking a woman's fingers (we see blood and hear the woman screaming). We see the remains of a crushed bird after an illusion is performed (a boy in the audience is very upset when he thinks the bird has been killed).
► A man waves a gun at an audience, loads the gun, hands it to another man and tells him to shoot; he does so and he strikes the other man's hand, taking off two of his fingers (we see the bloody digits).
► A man walks along a dark street, another man follows, the first man falls through stairs and into a box where he is trapped, the box is nailed shut and then buried underground (the man in the box shoots through it and strikes a man on the outside in the arm).
► A man falls through a trapdoor in a stage floor and hits his knee hard on the floor below (he is injured and walks with a limp and cane throughout the movie).
► A cat is put into a machine with electricity dancing around it, it meows loudly, there's a loud flash and the cat stands on stage uninjured.
► A man is held by police with a nightstick across his throat, and he thrashes and struggles to get away. A man touches an electrified fence, he is jolted and thrown back onto the ground (he is OK).
► A man yells at police and appears agitated. A man is sentenced to death by hanging. We see a dead woman in a coffin at a funeral and people grieving. We see a man in shackles in prison and we are told that "he is destined to drop." We see several blind men in a dark room (their eyes are clouded).
► We see a structure with lightning bouncing around and hear loud pops, and people in the room are made uneasy by the noise and movement. 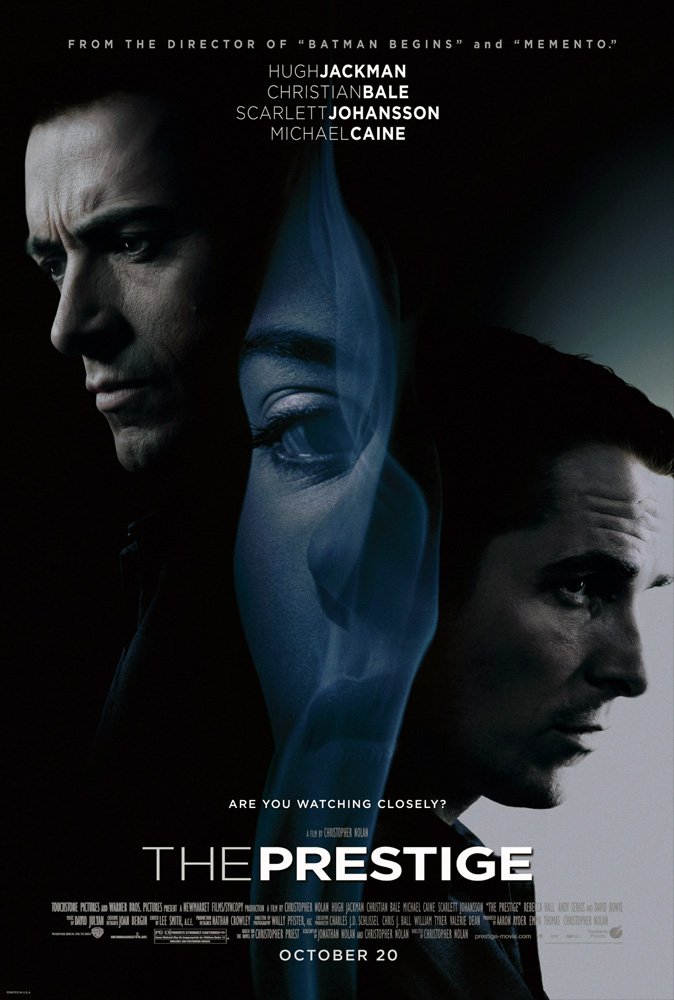