Animated feature set in the seas of Japan, where a young girl-fish hybrid (voiced by Noah Cyrus) sets out to become a real human girl. She washes up on shore in a pickle jar, befriends a five-year-old boy (voiced by Frankie Jonas) after he saves her, and as the boy and the fish fall in love, they search for the magic required to make their relationship real on land and under the sea. Also with the voices of Liam Neeson, Cate Blanchett, Matt Damon, Tina Fey, Selena Gomez, Cloris Leachman, Betty White and Lily Tomlin. Directed by Hayao Miyazaki, John Lasseter & Brad Lewis. Originally in Japanese, dubbed in English. [1:41]

SEX/NUDITY 0 - A woman wears tight-fitting slacks throughout the film and the back of her shirt rises to show a small portion of her bare lower back.

VIOLENCE/GORE 3 - During a typhoon, a mother drives her little boy across a canal-and-road crossing that's blocked because of approaching storms; a large freighter approaches, the crossing workers try to stop her, she guns the engine and crosses in front of oncoming waves, and she drives off. A woman drives her son along the highway at the edge of the sea during a storm; she drives recklessly, the car skids to a stop and she and her little boy exit, but the wind blows the boy over the rail and toward the sea (he is caught). A mother and small boy in a car nearly run head-on into a van on a narrow winding road.
► A five-year-old boy uses matches to light a candle three times and burns his finger once and yells "Ouch!"
► A mother leaves her 5-year-old son and his same-aged female playmate home alone late at night and the boy becomes afraid when the mom does not return; floodwaters reach the top of the hill on which the house sits and they are full of strange sea creatures. A boy and girl (both 5 years old) walk through a long, dark tunnel and halfway through she begins to turn into a fish and collapses; the boy cries, and carries her out to the shoreline, and he dunks her in the water to revive her (she awakens).
► Several short scenes feature family arguments: A husband and his wife argue over the phone and by signal beacon, and she slams the phone down and later slams a pot of greens into a sink. A girl-fish argues several times with her human father about living on land and he locks her in a bubble; she escapes, and this is repeated three times. An old woman in a nursing home screams when a little boy shows her a goldfish with the face of a little girl; the old woman screams that it is bad luck and the fish must go back to the sea.
► Several scenes depict dark-blue, big-eyed water blobs that grumble: They lap up onto a shoreline and snatch back a girl-fish after she tries to swim away, they splash up onto the shore to drive back a little boy, who looks frightened, and they search for the girl-fish several times, they grumble and gather together to form a wall to lift a man up and onto an island but fail and fall back into the sea, and in a few other scenes they swim pass ships at sea and shake them. Huge sea-blue fish escape from an underwater aquarium and rise to the surface to become waves that churn up a typhoon and rain; a small girl runs along their backs, but is not injured.
► Throughout the film, a girl-fish with a human face holds her breath and changes her tail and flippers into feet with 3 toes and hands with 3 fingers; a few times the digits change to 5 fingers and toes on each limb while she also grows longer hair (she changes back and forth among the three states without gore, bleeding, anxiety, or any expression of pain). In one scene the girl rubs her head on a baby's forehead to heal it, leaving faint red ovals on his forehead and cheeks (during the healing, her fingers and toes change from 5 digits to 3 fingers and toes on each limb; afterward, she has 5 digits on each limb again).
► A boy and a girl in a boat encounter several huge prehistoric fish that feature barbs and armor but do not attack. An anxious man receives a visit from a huge female water spirit, who rises from the sea: she takes him into the palm of her hand, telling him to calm down, and she reduces herself to human size. A large fishing vessel churns up the water of the sea floor with its engine rotor and forcefully catches fish, crabs, and other sea life in a net.
► A small fish licks a drop of blood we see on a boy's thumb, instantly healing a small cut we cannot see. A girl-fish spits water streams into the faces of people a dozen times. A small fish, asleep and stuck in a pickle jar, washes up in an island cove and a little boy sees it; the boy picks up the jar, pulls the fish's tail, shakes the jar, and finally smashes it to release the fish, which is unharmed. Several schools of giant fish accidentally break though the door of a vault and are caught in a potion in a stone basin that causes the fish to fly upward.
► A human male character living below the sea sports long red hair that resembles seaweed, warts on his face and forehead, and deep-set dark eyes circled in gray. Two shore scenes feature hundreds of cockroaches in the foreground.
► A character complains that humans are unthinking wasters of nature. A human living below the surface of the sea says that nature is out of balance because of humans, and they will destroy the world.

SUBSTANCE USE - A male human-looking character under the sea drinks elixirs from four tall bottles and from a fifth he pours a glowing golden potion and when he drinks the last drops from the bottle, he states, "I can feel the power of it down into my DNA."

MESSAGE - Love and a respect for nature should triumph. 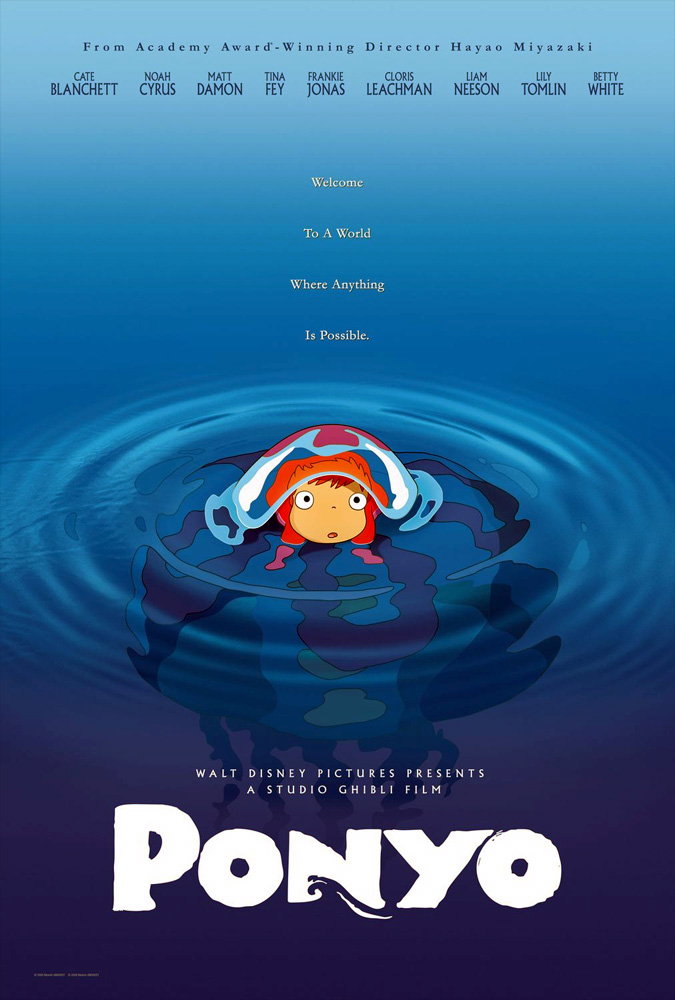