After an underwater tremor opens a hidden lake under popular spring break hotspot Lake Victoria, Arizona, and releases countless prehistoric man-eating piranhas, the local sheriff (Elisabeth Shue) and a seismologist (Adam Scott) must band together to save as many people as possible. Also with Richard Dreyfuss, Ving Rhames, Christopher Lloyd, Eli Roth and Jerry O'Connell. Directed by Alexandre Aja. [1:29]

SEX/NUDITY 10 - Two young women are seen swimming underwater fully nude (full-front nudity is seen on both, including genitals, bare buttocks and bare breasts); they swim suggestively while rubbing one another's breasts, as two men watch, film them and make crude remarks and when they get out of the water their bare buttocks are seen in an extreme close-up.
► Two silicone bags (the implication is that they are breast implants torn from a woman's chest) float in water along with severed male genitalia; we see two fish fight over the male organ, and one swallows it and then spits it out (the image of the genitalia, bloody and deformed, fills the screen).
► On two occasions, a young man is seen watching a computer screen where multiple photographs of women's bare breasts are seen, and the sound of sexual moaning is heard. An extreme close-up of a young woman's bare breasts is seen on multiple occasions as she parasails behind a boat, and the young woman rubs her breasts suggestively as three men make crude remarks about her. A young woman rips off her shirt (her bare breasts are visible) as a man sprays her, and a dozen other young women, with water; they are wearing bikini bottoms and tight, nearly transparent wet T-shirts. A young man is instructed to film a woman who is topless (her bare breasts are seen). An electric cord whips through the air and cuts a young woman in half and her bikini top falls off exposing her bare breasts.
► The bare buttocks of three men are seen as they pull down their pants to reveal a crude phrase painted on their buttocks. On multiple occasions, countless young women wearing bikinis are seen dancing suggestively on boats, dancing with young women and young men, rubbing their hands over their bodies, thrusting their hips in a suggestive fashion and wearing stickers to cover their nipples when they dance without bikini tops. Young men are seen wearing swimming trunks and their bare chests are visible. Two men are seen wearing bikini tops and a group of young men are seen wearing what appear to be adult diapers, as they dance with young women, including thrusting their hips in a suggestive manner. A young man and a man are seen pulling off their shirts and their bare chests are visible.
► Two young women wearing bikinis dance suggestively with one another as a man films them and the crowd watching cheers, as one of the young women puts her face in the other's cleavage and shakes her head.
► A young woman licks salt from another young woman's stomach and is about to take the lime from her mouth with her teeth, and the two young women begin to kiss. A man licks salt off a young woman's stomach and kisses her to get a lime from her mouth. A man asks a young woman if she is "into girls" as he instructs her to lick salt off a young woman's stomach and drink liquor from her bellybutton. A man instructs a young man to lick salt from a young woman's stomach and we see him lick her stomach and is about to kiss her until she sits up. A young man and a young woman hold one another close and kiss momentarily.
► A man tells a young man that another man had "charmed his way into" many young women's pants, and implies the man is interested in having sex with a young woman. A man jokingly asks a woman if she would like to go skinny-dipping, and she says no and laughs. Two men remark about their "appreciation" of the pornographic nature of two women kissing one another for a film. A man discusses filming a pornographic movie with a young woman. A girl tells a young woman that she likes her breasts, they discuss the young woman's breasts and the girl remarks that a young man will "like them." A young woman climbs from one boat to another on a rope after making a remark about being a pole-dancer.
► Background music is heard that uses indecipherable but implied crude language and sexual references.

SUBSTANCE USE - A man and a young woman are seen snorting a white substance and have residue on their noses. A man opens a beer and drinks it, numerous young men and women are seen drinking alcoholic drinks (including doing beer bongs and drinking liquor off one another's bodies), people are seen toasting with champagne and a man jokes with a young woman about enjoying alcohol.

MESSAGE - Always be careful around fauna you are not familiar with; you never know how dangerous it may be. 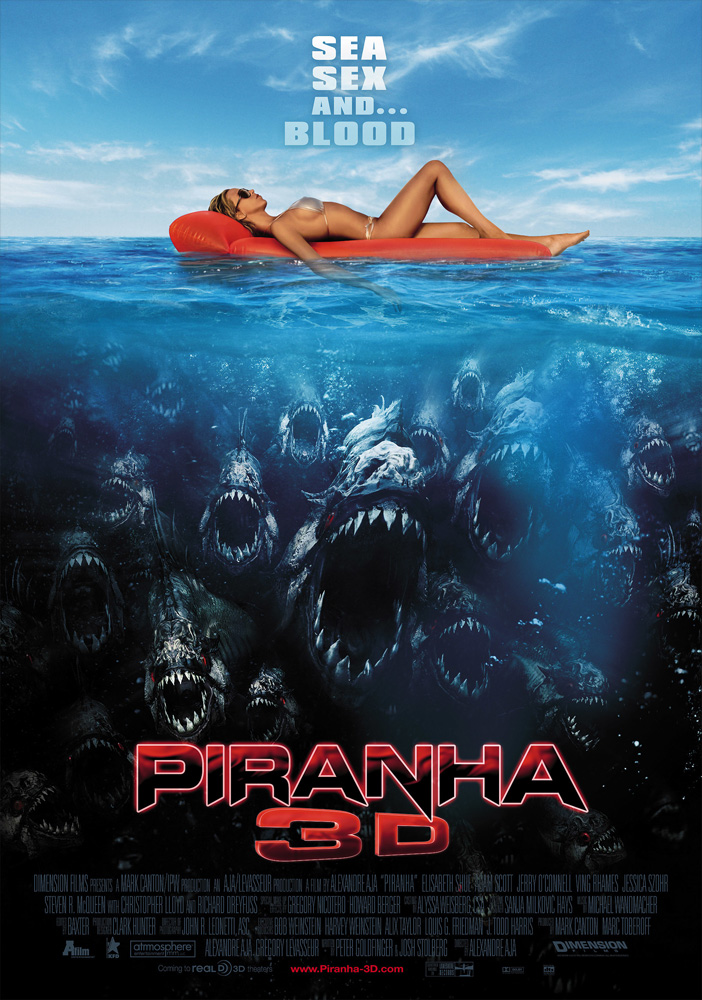