Why is “Paradise Highway” rated R? The MPAA rating has been assigned for “language throughout and some violence.” The Kids-In-Mind.com evaluation includes implied prostitution, a couple of deaths by shooting with bloody results shown, a beating and a discussion of a beating in prison, threats of violence, discussions and evidence of human trafficking of young girls, several arguments, references to child abuse, and over 50 F-words and other strong language. Read our parents’ guide below for details on sexual content, violence & strong language. A truck driver (Juliette Binoche) tries to help her incarcerated brother (Frank Grillo) survive prison by delivering illicit packages. Just before her brother is released, she realizes that the most recent cargo is a pre-teen girl (Hala Finley), and an FBI operative (Morgan Freeman) determined to fight human trafficking is on her trail. Also with Cameron Monaghan, Christiane Seidel, Veronica Ferres and Jwaundace Candece. Directed by Anna Gutto. [Running Time: 1:55]

– A woman says that if a truck’s cab lights are on, “It’s an invitation,” and we see women climbing into truck cabs later (implying prostitution). A woman jokes about infidelity and there are implications of sexual abuse.
► A woman wears a low-cut tank top that reveals cleavage.
► We see a house where young girls are kept by human traffickers.

– A woman in a truck drives down a deserted road at night and waits for a man to come meet her; when he arrives, as the woman gets out of her truck and moves toward him he is shot twice (we see blood spurt and spray); he then shoots at the truck and falls to the ground and we see him dead later. A woman dances in a bar and appears drunk; two women help her to her truck and try to rob her, with one woman kicking her in the stomach (she has a bloody nose, bruises and cuts on her face), until a pre-teen girl hits one woman on the head with a baseball bat and holds a shotgun, threatening them. Two men and two women argue and one man grabs one woman, the other man draws a gun and threatens the other man, and then shoots him (we see blood on the ground when the man falls dead).
► We see a house where young girls are kept by traffickers and a cage is seen in the basement where an aggressive dog is kept; there is blood on the hinges of the cage and feces on the floor.
► A van speeds on a dark road, three 18-wheelers drive into the van’s path and the van crashes. A drunken woman starts her truck and she and a pre-teen girl drive it away from a truck stop while being chased by police; they drive the truck off the road and turn off all the lights to hide. A teenage girl walks past a truck in a truck stop and a pre-teen girl sees her; the pre-teen hides as a man grabs the teen outside and we hear him yelling at her and pounding against the truck (it’s possible he was beating the teen). A pre-teen girl screams uncontrollably and cries, she tries to bite a woman and the woman stuffs something in her mouth and ties her hands. A woman goes for a pre-arranged pickup and discovers that the package is a pre-teen girl; when the girl sees the woman, she spits in her face (we see goo) and the woman yells.
► A woman threatens that something bad will happen to a woman’s brother in prison if she doesn’t do what they have asked her to do. A pre-teen girl leans out a truck window and yells as the driver tells her to stop because it’s dangerous. People argue about resources and the system failing young girls that are being trafficked. A pre-teen girl talks about her mother being addicted to a drug and says, “That stuff made her happy every time.” A woman talks about her father beating her and her brother when they were young. A man talks about not wanting to listen to his father doing something to his sister every night (implying sexual abuse).
► A woman loads a shotgun that she keeps in her truck. A man unloads bags from an 18-wheel truck (presumably a drug drop). A man wearing a rabbit costume tries to approach a woman at a convenience store and she yells at him. A woman begs people for money and another woman yells at her.
► A man and a woman have scars on their hands and we understand that they were abused by their father. A man has a dark bruise on his shoulder and we later hear that he was beaten in prison and was in the infirmary for a week. A woman cleans a pre-teen girl that seems to have gotten sick on a pillow (we see a stain and some vomit chunks).

– A man unloads bags from an 18-wheel truck (presumably a drug drop), and a pre-teen girl talks about her mother being an addict. A woman drinks alcohol from a bottle and appears drunk later, and a woman orders a whiskey in a bar.

– Maternal instincts are more powerful and protective than sociopathic criminals. 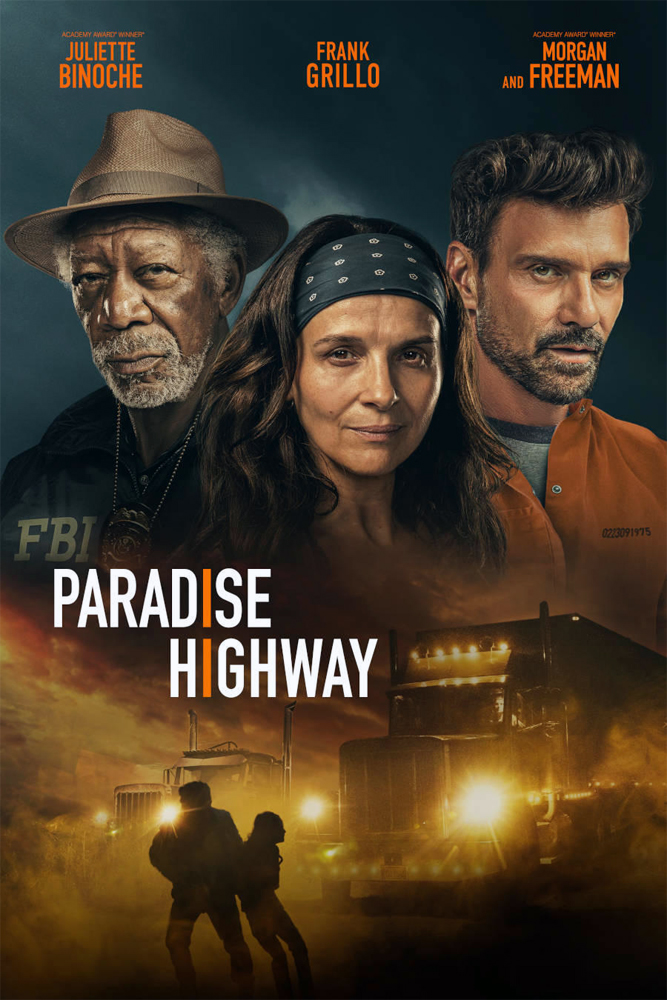