Why is “Overcomer” rated PG? The MPAA rating has been assigned for “some thematic elements.” The Kids-In-Mind.com evaluation includes a couple of hugs and a forehead kiss, several hospital scenes and discussions of diabetes and asthma, a couple of asthma attacks requiring medical intervention, several arguments, discussions of drug abuse and overdose, and a funeral. Read our parents’ guide below for details on sexual content, violence & strong language.” A high school basketball coach (Alex Kendrick) is worried after the local manufacturing plant closes and hundreds of families, including top team members, move away. With a pessimistic attitude, he agrees to coach cross-country instead, but finds new motivation in an unusual runner (Aryn Wright-Thompson), the prayers of a mysterious new friend, and a coincidence. Also with Shari Rigby, Priscilla C. Shirer, Ben Davies and Holly A. Morris. Directed by Alex Kendrick. [Running Time: 2:00]

– A man and a woman hug in two scenes and he kisses her forehead in the first scene.
► A woman wears a top that reveals cleavage.

– A teen girl uses her inhaler during a cross-country race and we see through her eyes twice that her vision is blurred and she collapses; EMTs give her an oxygen mask for several seconds and she is fine. A teen girl suffers from asthma and we see her gasping, using an inhaler in several scenes, including one in which we see through her eyes as her vision blurs and twice as she runs a three-mile cross-country course.
► A man visits a hospital and meets a critically ill man who was blinded by diabetes and says he is in danger of losing both legs and kidneys (we see an IV line taped to his arm, a blood pressure monitor clipped to a finger, and monitors flashing); a teen girl visits him and becomes nervous, having to leave the room after looking at all the equipment. A teen girl visits a man’s hospital room and finds it empty, she becomes tearful, and a nurse tells her he is in the ICU with signs of a heart attack during dialysis.
► A teen girl steals expensive headphones from a basketball court and teen boys chase her through the woods; she gasps, hides behind a tree, uses an inhaler, and runs away; we hear that she also stole a watch and a cell phone, and we see a small box of things she has stolen.
► A man throws his ball cap down hard on a table top and in a later scene, throws a brick onto his patio, where it shatters loudly and startles his wife; they argue and she leaves, crying. A high school’s basketball coach becomes angry as team members move away from town due to layoffs and he receives a pay cut. A woman shouts at her teen granddaughter for stealing things in the neighborhood and the girl says she will return them (she takes weeks to do so). A woman shouts at her teen granddaughter for visiting her estranged father in the hospital; the girl cries and reminds her that she told the girl that her father was dead. A woman knocks loudly on a door and shouts at and berates the man and the woman inside for several seconds, threatening legal action if her teen granddaughter sees her father again and then abruptly leaves; the couple becomes tearful and prays about the situation. A woman goes to a hospital, berates a sick man, and leaves while the man cries and prays. A woman cries loudly and prays for help. A husband and wife cry briefly as they talk quietly. A teen girl cries briefly in several scenes. A teen boy cries briefly in one scene. A woman cries in her kitchen, and then laughs. A man becomes tearful in several scenes and in one scene, cries in his van. A man argues with his boss, but then does as she asks. A few scenes feature very loud crowds cheering at a basketball game and cross-country meets. At a championship meet, the silver and bronze medalists are stone-faced, refusing to speak to the gold medalist.
► We understand that a teen girl has lived with her grandmother since she was orphaned as a baby when her mother overdosed on methamphetamines and her father fled (please see the Substance Use category for more details). A dying man says that he hurt many people when he lived only for himself, and he says that God allowed diabetes to blind him so the man could see the truth and be broken so he could accept Jesus as his savior. A teen girl forgives a man for abandoning her as an infant. A TV newscast reports a factory in a town closed, eliminating 6,000 jobs and the camera cuts to a street full of closed and boarded up shops.
► A middle school boy soaked in sweat finishes a race and says the experience is horrible. A teen boy runs the course, gasps, and clutches his side in a cramp; he lies down and says the experience is horrible. A man takes longer to run the course and finishes, chanting, “Don’t die, don’t die”; he lies on the ground, gasps, and says the experience is terrible. A graveside funeral service is shown with many people gathered and grieving.
► A woman says that cross-country runners often vomit after a run, while basketball players do not usually vomit after a game. Before a cross-country meet, a teen girl says, “I feel like I’m gonna throw up” (she does not). During drama tryouts, a teen boy sniffs and rubs his nose with a thumb, but we do not see mucous. A teen girl runs a three-mile course and sweat covers her arms and two layers of tops.

– A man says that he overindulged in “drugs and women” and his girlfriend died from a drug overdose after giving birth, and a woman tells her granddaughter that both her parents died of drug overdoses.

– When you believe in God, he helps you win any race in life. 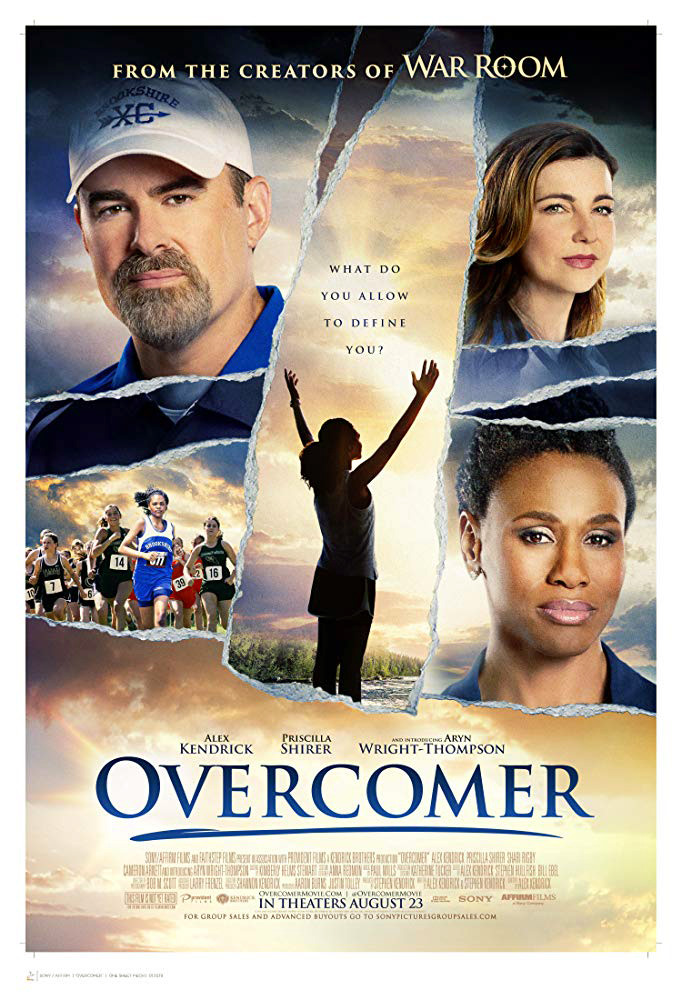