A woman (Belén Rueda) who grew up in an orphanage returns to transform it into a home for mentally challenged children. But shortly after arriving there are strange occurrences involving her young son (Roger Príncep) and his imaginary friends that lead her to believe there is something supernatural affecting the house. Also with Fernando Cayo, Mabel Rivera, Montserrat Carulla, Edgar Vivar and Geraldine Chaplin. Directed by Juan Antonio Bayona. In Spanish with English subtitles. [1:45]

VIOLENCE/GORE 7 - An elderly woman crossing a street with a baby carriage is struck by a speeding car; we see her twisted body with blood on her shirt, and her lower jaw nearly completely ripped (blood, tissue and teeth are visible) off after a man tries to perform CPR and ends up with her blood on his face and mouth -- the carriage is crushed underneath the car but there's no child inside.
► A child with a mask approaches a woman, she reaches for the mask, the child pushes her back, and slams a door on her hand (we see blood on her hand and she pulls a bloody fingernail off one finger); the woman then falls back into a bathtub and moans.
► A body lies on the ground and we see the partially decayed face, legs and hands. Several bags filled with ashes are spilled on to the ground and there are bones and skulls mixed among them.
► A boy yells at his mother and she strikes him in the face (he holds his cheek and cries). A boy yells at and strikes a woman telling her that she is not his mother and that he is going to die.
► A woman in a trance walks through a house following sounds, she enters a room where she says she sees many sick and dying children and we hear screaming, gagging and pleading.
► A woman searches for her son, she calls for him, runs along a beach, stumbles and breaks her ankle (we see blood on her ankle and she is unable to walk); then the tide rises and fills a cave where she thinks he is trapped and she screams.
► Something moves under the covers of a bed where a woman is lying; she thinks it is her husband but it is not (nothing is seen).
► A woman hears pounding outside during the night, she goes out to investigate, she sees a shed door slamming in the wind, she enters the dark shed and finds a woman with a shovel hiding in the shadows; the woman with the shovel runs away and the other woman, with a large stick in her hand, looks for her.
► A boy walks into a dark cave, he looks around with a flashlight and seems to see something; we later hear him whispering (we do not see anyone, but footprints are visible). A boy is frightened in the night in several scenes and calls for his mother who consoles him.
► We see a boy with a severe facial deformity in a few scenes. Several people wear masks at a party and we see one child with a mask made out of burlap with distorted features drawn on it. Eerie music plays with opening credits and we see the hands of children tearing wallpaper from walls.
► We hear about a boy's body having been found after a drowning. A boy talks about death and not growing up. A woman hears pounding and noises in her house and says they are from her son's imaginary friends. Police talk about the possibility of a child having been kidnapped by a relative. We hear that a boy was born with a severely deformed face. A man asks a woman carrying a large stick if she is "planning to bash her head in." A woman says that her son "doesn't know that he is adopted" and that he is HIV positive.
► We see a woman in a hospital with a cast on her leg after a fall.
► A woman yells in frustration.
► A window slams shut and glass shatters and falls on the floor.

MESSAGE - Grief is overpowering and it's not something one can get over easily. 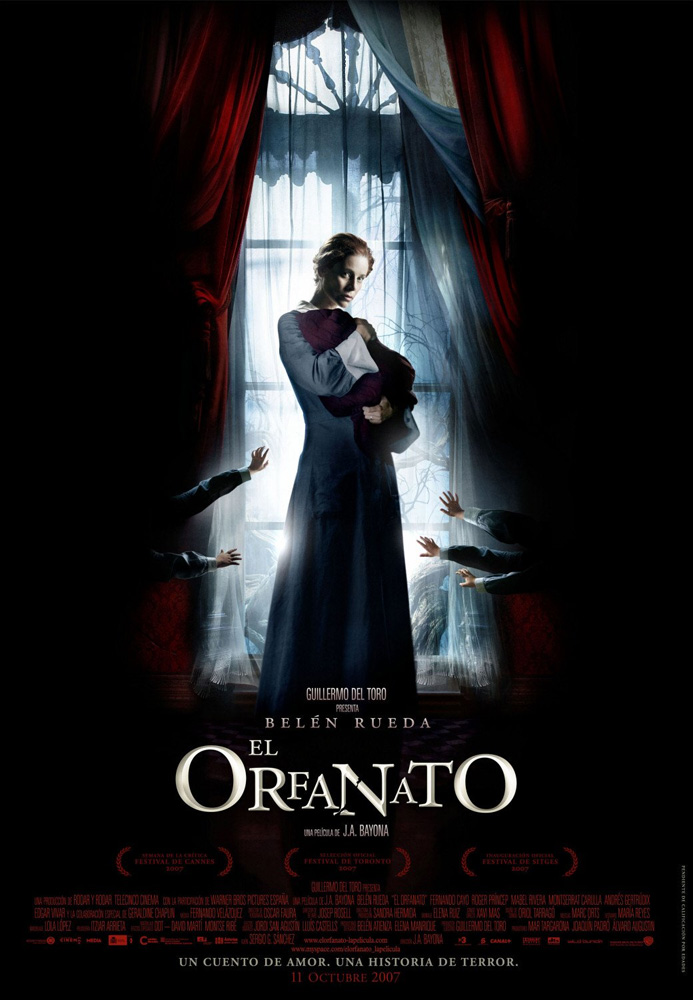