An American-born drug dealer in Thailand (Ryan Gosling) is contacted by his domineering mother (Kristen Scott Thomas) and instructed to avenge the death of his psychopathic brother. A police detective (Vithaya Pansringarm) also lurks about, using a samurai sword and other implements to cause mayhem on those he decides are better off dead. Also with Tom Burke, Byron Gibson and Gordon Brown. Directed by Nicholas Winding Refn. [1:30]

SEX/NUDITY 6 - A woman ties a man's hands to a chair and sits in front of him then slowly lifts her dress and begins to masturbate as the man watches silently; we see the woman from behind, she appears fully clothed but her hand is at her crotch and we hear her moaning sexually.
► We see what appears to be a brothel where a man sits on a sofa and watches as a woman guides a man's hands to her crotch, and then up her skirt; it is implied, using cross-shots, that a woman is watching her adult son watch a woman being manually stimulated; we then see that she is actually watching three men wearing only jock-strap underwear (their bare buttocks are visible) pose and flex.
► A man goes to a brothel, asks the male proprietor to have sex with a 14-year-old, then asks if the man has a teenage daughter, offering him a large sum of money to have sex with her; the proprietor declines and we see the man run into a room where women are wearing lingerie. On multiple occasions we see shots inside what is implied to be a brothel, where we see women in various types of lingerie and see women appear to be sitting, waiting to be selected by men.
► A man approaches three teen girls sitting outside; it is implied that they are prostitutes and he is hiring one.
► A woman shares a lingering hug with her adult son: the woman wraps her arms around the man's torso and rests her head on his stomach and crotch. A woman implies to a man that she and her son had a very close relationship, which made her younger son jealous and it is implied that the woman means she had a sexual relationship with her son. A woman and her adult son have an odd sexual tension throughout the movie, including the woman lovingly rubbing the man's arm with her finger and hugging him.
► A woman makes a series of crude remarks to a young woman, implying that the young woman is a prostitute and that she is paid by the woman's son to have sex with her. A woman makes a crude remark about a young woman's place of work in a brothel. A woman makes a series of remarks about the size of her son's genitals, and he then remarks that her other son (sitting with her) had normal sized genitals.
► A woman takes off her dress and we see that she is wearing a bustier and brief-style underwear. During a boxing match, we see men without shirts and their bare chest and backs are visible. We see shirtless men in a gymnasium working out. We see a shirtless man sitting outside a building.

SUBSTANCE USE - We see what appears to be a drug deal and a woman hands a man a small packet as they appear to be exchanging money, a woman offers a man "five kilos of coke" for his participation in a crime, and a woman tells another woman that her adult son (the woman's date) sells drugs to make money and then describes that the man sells heroin and cocaine. We see men and women drinking cocktails, two men offer a man a cocktail, and a woman is surrounded by wine glasses at a table. We see men and women smoking cigarettes throughout the movie. 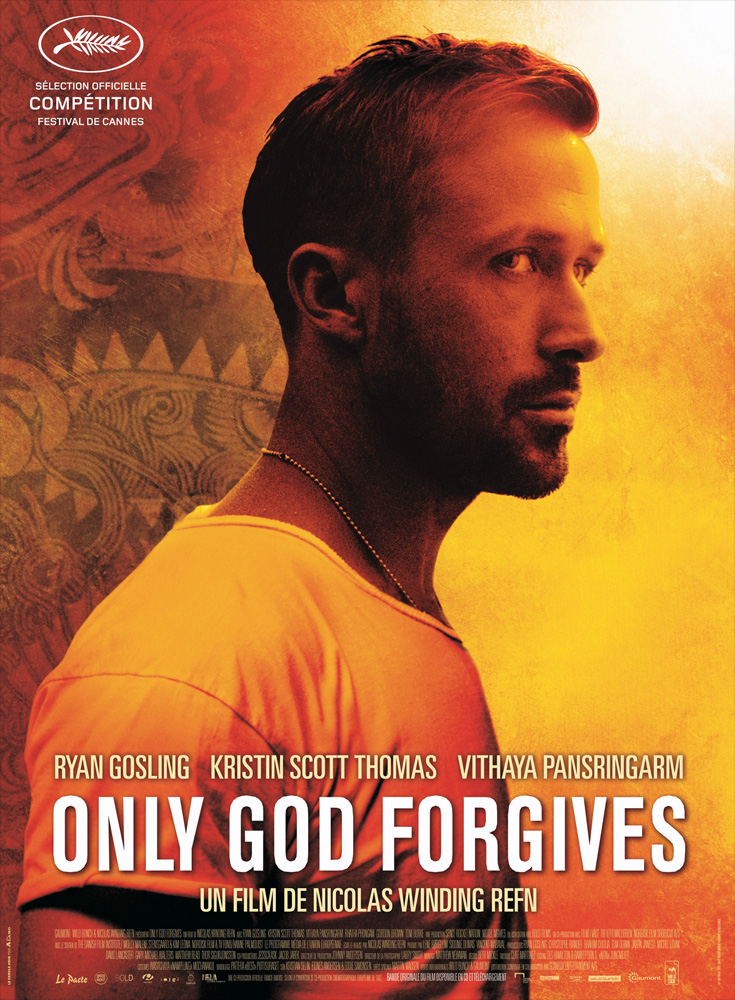