Story in Dublin, Ireland about the relationship between a vacuum-cleaner repairman who's also a street musician (Glen Hansard) and a young Czech house cleaner who's also a pianist (Marketa Irglova). She motivates him to finish his long-delayed journey toward a hit CD and recording contract in London. Also starring Alastair Foley, Gerry Hendrick, and Hugh Walsh. Directed by John Carney. [1:28]

SEX/NUDITY 2 - A man and a woman go to the man's room, sit on his bed (both are fully clothed and wearing coats), he asks her to stay the night and she leaves abruptly.
► A man and a woman sit close together on steps as she listens to a love song he recorded on a CD in her CD-Walkman.
► A woman flirts mildly with a man by smiling and tilting her head. A woman kisses a man on the cheek (nothing romantic is implied). A woman climbs on the back of a motorbike and embraces the male driver around the waist to anchor herself. A woman jumps on a man's back and hugs his neck while playing Frisbee on a beach (nothing is implied). A woman, interested in a man who is a vacuum repairman, invites him to her home to repair her vacuum. A man and a woman smile, chat and walk along a street, but do not touch.
► A husband kisses his wife on the top of her head while he holds their young child in one arm and places his other around her shoulders, and then he walks away. We see a home movie of a woman kissing the lens of the camera, she next lightly kisses the cheek of a man, she is then shown from the waist up, wearing a slip with bare arms and shoulders.
► A man invites a woman home with him, she declines saying if she comes over they will "do hanky panky"; they flirt with smiles and tilted heads and she agrees to come over later, he kisses her on the cheek and they leave. A woman rests her head on a man's shoulder, he caresses her hair, he asks her to come away with him to London, she asks if she can bring her mother, and the conversation and scene end. A man and a woman sing a love song together with the lyrics, "I don't know you, but I want you." A woman tells a man that she is married, he asks what she will do and she says she doesn't know. A woman and a man discuss his ex-girlfriend: he says his girlfriend left him, she states "You will get her back," he replies, "I don't want her back," and he later tells her that she ran off with another man. A woman says to a man that her estranged husband is coming back and they are going to try to make it work. A man sings a melancholy love song about pushing away a romantic partner. A woman says that a man is handsome. Three male neighbors enter a woman's apartment and watch TV, one saying to the screen, "Are you pregnant?"

VIOLENCE/GORE 1 - A man walking on a sidewalk steals another man's guitar case, which is filled with money, and runs away; the owner of the case chases him through a store, down a street, and into a park, where the second man tires and drops the case.
► A man says that if his dad knew he had left work, "He'd kill me."
► A man walks out of an alley while zipping up his pants and it is implied that he urinated on the side of the building (nothing is seen or heard).

SUBSTANCE USE - At a party several people smoke and drink beer and wine, a man drinks from a glass of wine, a woman drinks from a glass of wine, a man holds a can of beer but does not drink, we see people seated at a bar with food and drinks and we see them eating but not drinking, and there are many empty beer bottles and partial glasses of beer and wine on tables in a few scenes. A couple of men smoke cigarettes, and a man puts the mouthpiece of a hookah into his mouth and pretends to smoke, but there is nothing in it.

MESSAGE - A friend is someone that knows the song in your heart and when you forget it, reminds you. 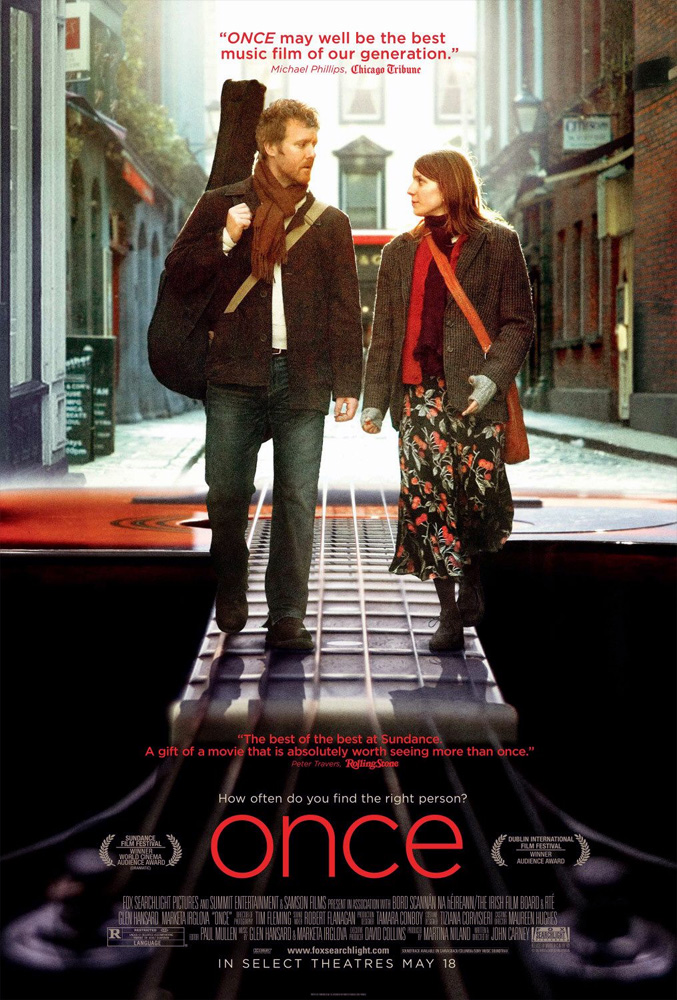