Longtime pals and business partners (John Travolta and Robin Williams) run into unexpected obstacles when the ex-wife of one of the men (Kelly Preston) shows up with 7-year-old twins, and kids and dogs overwhelm the two men and disrupt their business negotiations. Also with Seth Green, Matt Dillon, Justin Long, Bernie Mac and Rita Wilson. Directed by Walt Becker. [1:30]

SEX/NUDITY 4 - After a child spills a glass of water into a man's lap, the man rises to speak to a woman and asks her on a date, and the entire front of his pants are wet, suggesting he wet his pants; he lifts a water glass and says it takes only one glass to "get his pump started."
► A hairy, overweight man removes his shirt for a tattoo exposing his bare chest and a male worker groans and shaves the top of the man's chest with electric clippers. Three women wearing tube tops (revealing cleavage) each get tattoos on their biceps. A man dances at a club with his shirt off to show off a tattoo that reads "Fremont" across the top of his bare chest. A man removes his clothing at a spa and enters a clear glass-walled shower while wearing tight red briefs. In several club scenes, women wear low-cut tops that reveal cleavage. A woman wears a low-cut dress that reveals cleavage. A woman in a health spa wears a very tight, low-cut top that reveals cleavage and a thin band of abdomen.
► In a flashback, a man and a woman get married after a night of drinking and have their marriage annulled. Two male business partners are mistakenly assumed to be a gay couple; they deny it. A man kisses a woman very briefly once.
► A woman tells a man that when they were married for one day, and she became pregnant and had twins. A young boy and his father are in a bathroom stall together (we see the boy from the waist-up), and he asks his dad if he knows where kids come from (we do not hear the man's answer).
► A children's puppet show features a trio of female dancers wearing short, strapless dresses and wriggle while dancing.

VIOLENCE/GORE 4 - During a Frisbee Soccer Game two men get knocked down, one suffers a bloody nose, gums and lips and blood pours from his mouth and colors his teeth red; he shouts, "Prison rules!" the match becomes a free-for-all with screaming, tackling, piling on, and punches and slaps (no one shows any other damage or blood).
► Two men have several brief arguments throughout the film: twice, they shove and push each other briefly and in one scene, one man slaps the other on the neck during a business conference.
► A man kicks a soccer ball to a small child and hits him in the face, which knocks him down (there is no evident damage). A man collapses into his empty lunch plate when he discovers he is a father during a lunch date.
► Hot water nozzles in a glass health spa cabinet spray hot water into the groin of a man, he screams, additional nozzles switch on and beat down on him, he yells into an intercom for help, and he slumps to the floor.
► A woman that is a hand model places something into a car trunk, and a man closes the trunk on her hands and accidentally knocks her down: we see her later in a hospital bed where she lies with a neck brace, black eyes, splints on all fingers and bandages from fingertips to above the wrists, while she groans and growls. A man puts on a superhero costume, uses a jet pack to fly into a zoo, and crashes into a pool; he seems unhurt, but we see him later being taken on stretcher to an ambulance.
► Three men break into a zoo and are charged by a large gorilla, two escape into a nearby penguin pool and they are attacked by many penguins that peck and bite one man as the other escapes. A large gorilla treats a man trapped in its habitat as a toy, and he is forced to sing to keep the gorilla happy.
► A man under the influence of a medication that causes ravenous appetite ravages a potluck table, stuffing meat, salads, and desserts into his mouth and slams his face down into a rhubarb pie; an angry woman screams at him and beats him with her fists. A man wears an electric device hidden in his trousers, he falls into a dog's water dish, and the water creates sparks that scare a child.
► A golf ball strikes a dove in mid-flight and it falls, presumably dead. A scout leader at a camp does skeet shooting, and another man shoots a skeet disk and shoots the head off a statue. A man accidentally sets a statue and a gazebo on fire.
► A young boy flatulates loudly in a men's room. Two men accompanying children at a camp smear black material under their eyes to reduce glare for a ball game, a child tells them the material is buffalo scat and poop, and the men groan but leave it on their faces. An old dog urinates as it walks across a carpet, leaving a long trail; then it raises a leg and pees into a trashcan held by its owner.
► Two children rearrange medications in an organizing box and two men take the wrong drugs at the wrong time: we see the men acting inebriated by giggling, stumbling, breaking a glass key rack, hitting two men in the groin with golf balls, (they scream in pain), driving golf carts erratically, and smiling broadly while attending a bereavement luncheon. A man learns that his dog died and we see people gathered at the funeral (we see a closed casket, a portrait of the dog, people dressed in black and crying and dogs lying in the grass).
► We hear that a woman chained herself to a gate during a protest and must serve 2-weeks in jail. A man tells a child that chocolate causes diarrhea. A man protests when a child-safety crew enters his apartment in order to childproof it and shouts at the man who made the arrangements. A man runs through a zoo, yelling, "Killer penguins."
► A scene from "Friday the 13th" plays on a TV: A man in a hockey mask appears and a girl screams.

SUBSTANCE USE - A man gets drunk, gets a misspelled tattoo, marries a woman and gets an annulment the next day, two men drink from huge margarita glasses, three men raise glasses of champagne in a toast, many cocktails sit on tables in a club, two women sip once from tall cocktail glasses, we see many bottles and shot glasses of sake on a table (several people sip), and we hear that a man gets drunk, misses all his business meetings and gets fired. Two children rearrange medications in an organizing box and two men take the wrong drugs at the wrong time (we see the men acting inebriated), a man spills many bottles of prescription pills, places the pills into the wrong bottles and we later see a family with frozen smiles on their faces, two men remove pills from pill holders and take them while discussing side effects, and two children rearrange medications and two men take the wrong drugs at the wrong time and act inebriated.

MESSAGE - Family and friends are more important than work. 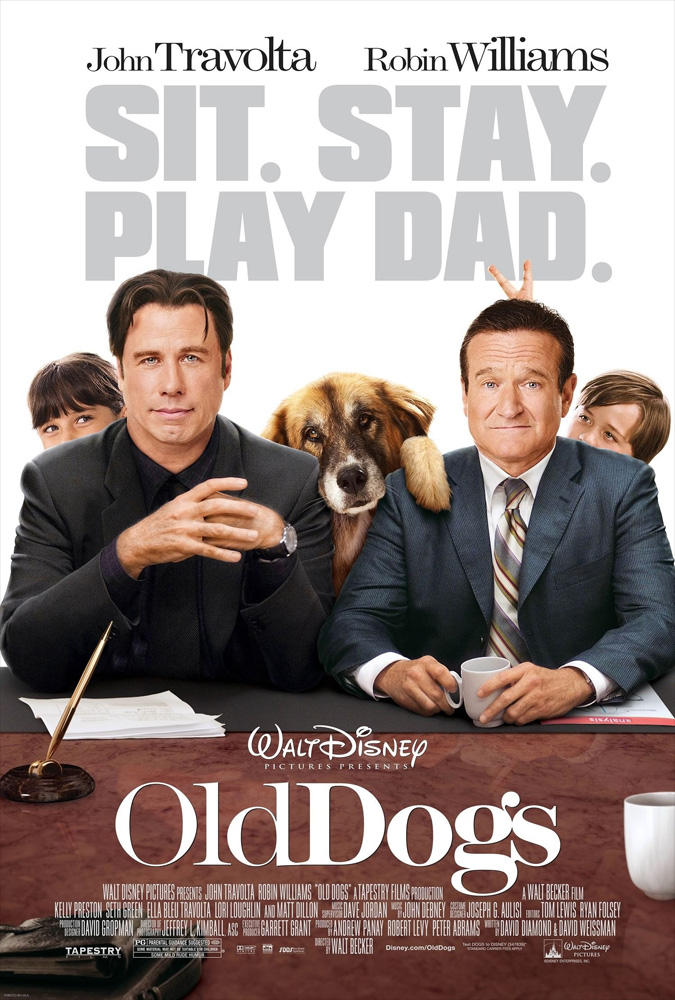