A deadly clandestine agent (Pierce Brosnan) has retired until the CIA calls him to protect a key witness (Olga Kurylenko). He soon learns that he is the target of a former agency partner (Luke Bracey). Also with Eliza Taylor, Caterina Scorsone, Bill Smitrovich and Will Patton. Directed by Roger Donaldson. Some scenes contain Russian language with English subtitles and other dialogue is in Russian with no subtitles. [1:48]

SEX/NUDITY 7 - A man and a woman kiss in close-up and begin to remove their clothing in his apartment where they move to a bed, fully nude; the woman lies on top of the man and we see kissing and thrusting as we hear groans and sexual screams (we see all parts of the nude bodies, except genitals).
► A topless bar features women wearing only thong panties, writhing around poles with their backs to the camera (we the side of one breast each). A woman with large bare breasts and nipples sits at a table with men and we also see her abdomen above the table. A shower scene features a man, nude from the waist up and we see his bare chest. A shower scene shows a woman's bare shoulders, neck and head. A staircase scene shows close-ups of a woman's bare legs from hip to shoes as the woman walks up several steps; she wears a strapless and short tube dress that also bares cleavage. A woman removes her dress in a bedroom scene briefly, displaying her bra, cleavage, and her bare abdomen. A woman with her back to the camera on a yacht wears a flowered bikini, revealing the bottom of her buttocks and upper thighs. Photos of a man and a woman in a bed under quilts shows his bared chest.
► We hear that hundreds of captured young girls serve in Russian human trafficking and we see a flashback to an older man's face and shoulders in close-up as he appears to be thrusting while raping a girl below the frame (please see the Violence/Gore category for more details).
► With heads toward the camera, a woman lies on top of another woman on a stage in a bar and they kiss; we see their upper breasts, thighs and legs. A clothed man sits on the foot of a bed while a younger woman under a quilt (only her arms and shoulders are visible) and it is unclear whether the couple engaged in sex recently. A man and a woman at an outdoor cafe kiss in a close-up and we see her bared shoulders and upper arms under a sleeveless shirt. A man kisses a woman on a dance floor in a club.
► An older man tells a woman that when she was a child, she was "A little girl who didn't know how to [F-word deleted]" and that he taught her how to have sex. A man tells a woman to "Show me your [anatomical term deleted]." A woman types a report for a newspaper and testifies in international court that a Russian official abused her several times and that other girls endured hundreds of sexual assaults. A man shows a woman a database that he says contains profiles of hundreds of prostitutes.

SUBSTANCE USE - A woman snorts cocaine from a tabletop in a seedy bar. An office bar features a tall bottle of vodka and a dozen clean glasses, a man sits with a glass of amber-colored liquor on his desk, a photo shows a man with a drink of some sort in his hand, glasses of wine are seen on tables in a café scene (no one is shown drinking), bottles and glasses of clear are shown on a table in a seedy bar (no one is shown drinking), four bottles of wine are shown in a refrigerator in an apartment where a man asks for Scotch for himself and a woman (the man drinks and the woman does not), a man drinks several small bottles of Scotch from a hotel minibar, trays of drinks are carried above dancing patron's heads in a club scene, bottles of beer and glasses of clear liquor sit on a bar top in a bar, bottles of clear liquors are seen on a couple of shelves behind a bar while men and women drink vodka and Scotch at a bar, and six soldiers drink glasses of Scotch in army barracks. A photo in a safe shows a woman with a lit cigarette between the fingers of one hand, men smoke in a few bar scenes and we see wafts of smoke in the air, and an older man smokes a fat cigar in several scenes.

MESSAGE - Honest people will preserve justice in the world. 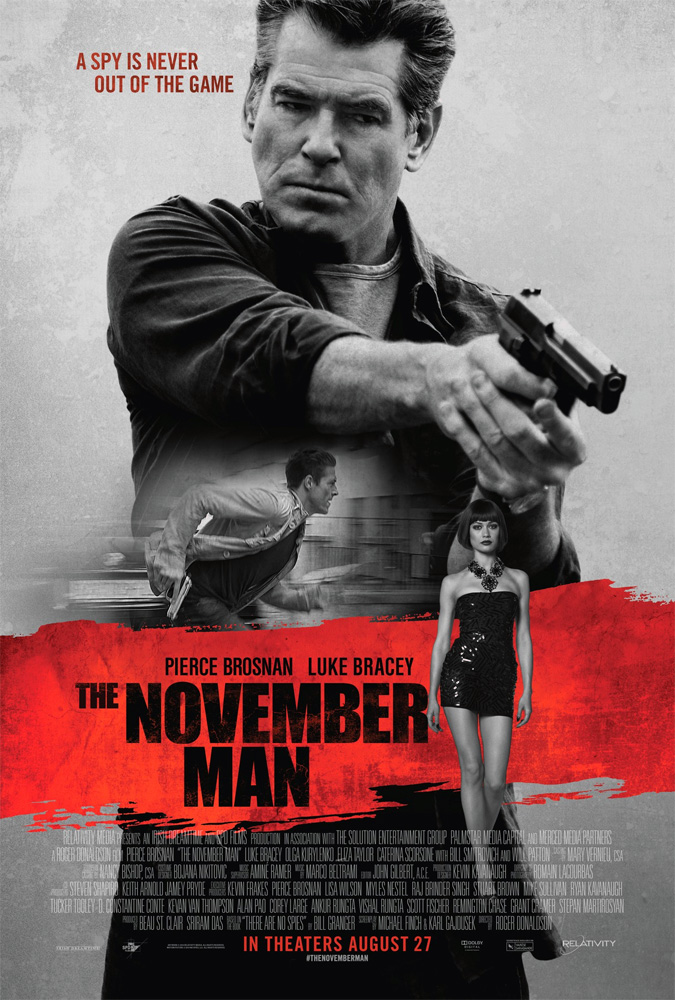