Eddie Murphy stars as Norbit, a man who has been bullied all of his life, starting as an orphan in a small town. Now he's an adult, but a mean and extremely overweight woman (also Murphy, using prosthetics) who once saved him from two bullies when he was a boy, forces him to have a relationship with her, despite the fact that his childhood sweetheart is moving back to town. Also with Thandie Newton, Cuba Gooding Jr., Eddie Griffin and Terry Crews. Directed by Brian Robbins. [1:42]

SEX/NUDITY 5 - A husband hears noises coming from behind a door, he opens the door and finds his wife in bed with another man, who gets out of the bed nude (we see his bare chest, buttocks and legs).
► A woman wearing skimpy lingerie (cleavage, legs and abdomen are visible) jumps onto a man, knocks him back onto the bed and the bed breaks under their weight (this happens several times).
► A woman wearing a skimpy outfit dances on a stage in an exotic dance club and men watch and cheer and reach for her.
► A boy and a girl (7 or 8) sit on toilets next to each other holding hands, with their underwear around their ankles, and we are told that they learned to defecate together.
► A man and a woman kiss and we see the man sticking out his tongue as he approaches her. A man and a woman kiss in several scenes. A boy and a girl kiss after "marrying" each other. A man and a woman hug.
► A woman leans over a man lying in a hospital bed and his blood pressure increases. During an exercise class a man lies on the floor underneath a squatting woman who is doing hip thrusting moves. A man and a woman dance together.
► An overweight woman lifts a flap of skin at her waist to prove that she is wearing swimsuit bottoms (they are not otherwise visible). An overweight woman leans over a car while washing it, her clothes are soaked and suggestive music plays in the background.
► A woman has a bikini wax (we hear a rip, the woman screams and we see a bit of a cloth briefly, that appears to have a patch of hair on it).
► A man in skimpy exercise togs is bare-chested and we see a man wearing boxer shorts (he is bare-chested). Women wear swimsuits that reveal cleavage, bare abdomens, legs and backs. A woman in a car inhales and her breasts depress the horn. Women wear low-cut dresses that reveal cleavage in several scenes.
► A man serves a boy a piece of poultry that he calls "turkey butt" and that looks like buttocks.
► A man talks about love and includes references to sex. A woman talks about getting condom advice from a pimp. A man makes a remark about a puppet show reminding him of a "snuff film" that he saw once. Three men talk about a bar that they want to open and the name incorporates a part of the female anatomy. A man makes jokes about the size of another man's endowment and compares it to an egg roll. A man talks about a boy being bitten on the buttock by a snake and that the man considered briefly sucking out the venom.
► Two characters are identified as pimps; they dress in flashy clothing and drive a brightly decorated car.

VIOLENCE/GORE 4 - A woman drives her car on a lawn while chasing a dog that she eventually hits with the car (we hear a yipping, and we hear the dog is in the hospital and we see it later with a wheel device attached to his back and bandages on both rear legs).
► A woman is struck in the buttocks with a harpoon, and she runs screaming -- we see the harpoon sticking out of her. Three men with BB guns shoot a man (in a carnival game stand).
► A husband yells at his wife, she yells back, threatens him and chases him running people down and knocking into things along the way. A woman punches a man in the face hard.
► Two boys bully another boy, they kick sand at him, and they tackle him and punch him repeatedly. A girl picks two boys up in the air, pounds their heads together and throws them to the ground.
► A woman pushes over a heavy speaker that falls and strikes a man hard on the head (we see him unconscious on the ground and then in the hospital). A man is thrown through a plate glass window and crashes onto the ground. A woman fights two men using a shovel, while the men use a pizza shovel and a prosthetic leg; she then throws a woman through the air and into a pile of flowers.
► Several children hold a wooden replica of a whale, a man throws a harpoon at the whale piercing the wood and nearly striking a boy who runs and screams.
► A man with a harpoon threatens three men, and they run away. A woman with a crow bar chases a man. Three men shake down business owners trying to get money from them (one man's head is shoved into a pot of hot pasta sauce). Three men chase a man, one man's fingers are slammed in an organ, one man is tackled hard, and a woman raises a shovel over the man.
► A woman chases and threatens children who have stolen her hat; she says, "I'll pull your legs off" and "I'll kill you" and she climbs inside an inflated bouncing toy causing several children to bounce out of the confines of the toy and one girl is bounced hard against a wall and falls unconscious. Three men are chased through streets by a large crowd of people.
► A woman faints while driving and crashes into another car (no one appears injured). A woman yells and drives recklessly.
► A man threatens another man and says he'll hurt him with a razor blade and lemon juice. Three men and a woman threaten another man, and then lock him in a basement. A woman with a potato that looks like a face pours acid on it, it bubbles and becomes disfigured, and she says that is what she is going to do to another woman. A woman holding defibrillator paddles threatens to use them on a man.
► A man talks about a boy being bitten on the buttock by a snake and that the man considered briefly sucking out the venom.
► A boy plays with a duck, a man grabs the duck away from the boy, chops its head off, and tosses the severed head back to the boy to play with.
► An infant wrapped in a blanket is thrown out of a moving car in front of an orphanage; two coyotes surround it and try to pull at the blanket.
► A man riding a bike is chased by a truck, a woman inside the truck pulls the man's head into the truck, they nearly hit an oncoming car, the man on the bike rides in front of the truck, and swerves and rides off the road and down a steep hill crashing into a pond at the bottom (he is uninjured). A man riding his bike is nearly struck by a car. A man falls off a bike several times, one time flipping over the handlebars and crashing onto the ground (he is not injured).
► A woman has a bikini wax (we hear a rip, the woman screams and we see a bit of a cloth briefly, that appears to have a patch of hair on it); when the cloth is pulled away she kicks the woman who is doing the waxing.
► A man makes racist remarks about an infant being "black and ugly." A man says that he "doesn't like blacks and Jews." A man makes jokes about a woman's weight and calls her names. A man talks about girls being worthless and that he traded his daughter for a yak.
► An overweight woman slides down a water slide, and she goes so fast that she does not stop at the end but breaks through a wooden wall and crashes into a wading pool where children are playing, and splashes all of the water out. A woman sits in a bathtub pushing out all of the water and flooding the bathroom.
► A boy and a girl sit on toilets next to each other and we are told that they learned to defecate together. A woman flatulates a couple of times.

SUBSTANCE USE - A man drinks alcohol from a flask, people drink champagne at a celebration, people are shown drinking alcohol in a restaurant, a man and a woman drink wine with dinner, and a man drinks a wine cooler. A woman smokes a cigarette, a man smokes a cigarette. There are several discussions about a liquor license and serving watered-down mixed drinks at an establishment.

MESSAGE - Everyone deserves to be happy. 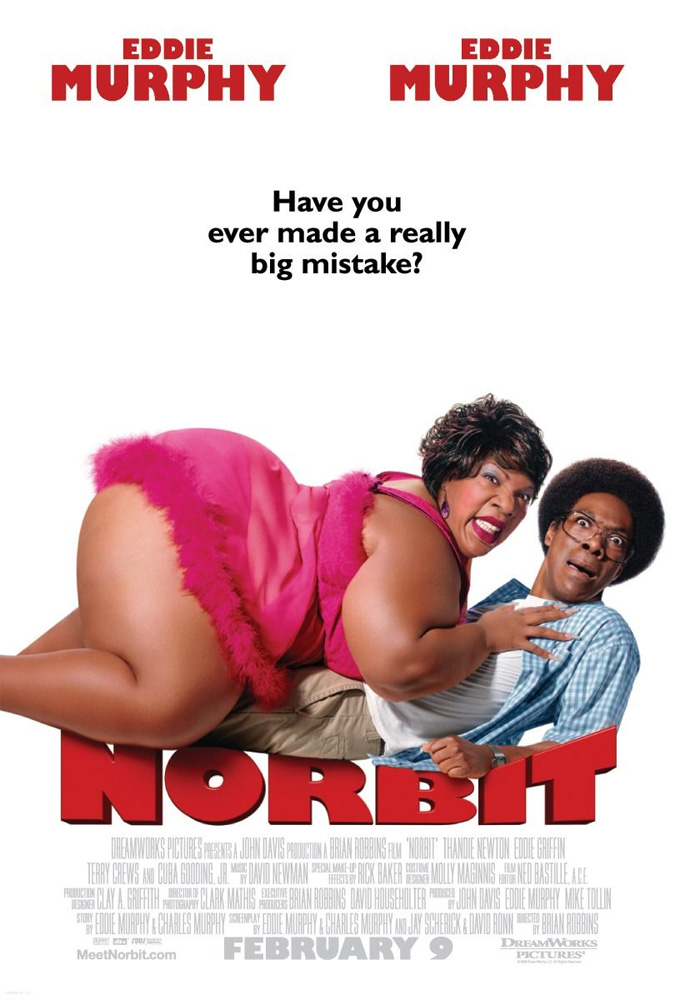