A senior Air Marshal (Liam Neeson) is burned out on the job. However, when one day his transatlantic flight from New York to London is hijacked with demands of $150 million or the death of a passenger every 20 minutes, he goes into action. Also with Julianne Moore, Michelle Dockery, Anson Mount, Lupita Nyong'o and Scoot McNairy. Directed by Jaume Collet-Serra. A good portion of the dialogue appears in text messages shown on screen. [1:46]

SEX/NUDITY 1 - A man and a woman kiss "hello" at an airport while another man and a woman hug and kiss briefly. A man and a woman on a night airline flight giggle and writhe under a blanket; another man looks at them in a disgusted way. A pilot hugs a female flight attendant side-to-side (please see the Violence/Gore category for more details).
► A man and a woman stare into each other's eyes as they talk and smile, suggesting a romantic relationship. A copilot smiles at a female flight attendant in their airplane and the captain says to him, "Naughty boy."
► A man searches male and female passengers briefly, touching arms and waists, and a woman asks him if that is how older men now attract younger women; he says no.
► A man notices a scar on a woman's upper chest above a neckline that shows cleavage. A cell phone shows a picture of a woman bent forward while wearing a low-cut blouse that reveals cleavage. A man wears a sleeveless undershirt that reveals an anchor tattoo on his arm and some sort of design showing at the neckline and extending under the shirt.

SUBSTANCE USE - A man uses eye drops in a washroom, a doctor's bag is visible on an airplane (no medications are visible), a woman opens a bottle of aspirin (she does not take any), we hear that an unknown person used a blowgun to kill two men with poisoned darts, a man finds a short dart in the neck of a dead man, and a briefcase contains a large amount of white powder wrapped in cellophane and we hear that it is cocaine and a man calls it "blow." A man seated in his parked car pours bourbon into his coffee and stirs it with a toothbrush before drinking it, a man uses breath spray to disguise the smell of alcohol on his breath, a man in an airplane bathroom opens a bottle of whiskey (he sets it down without drinking), several people mention that a man has an alcohol problem that makes them distrust him in security work, an airplane has a small bar and a woman walks to the bar and drinks a small bottle of rum while telling another person that she should not do it, a man pours a large glass of bourbon for a woman and she drinks it, an unknown person texts a man on a plane to "have a drink," a man asks another man how many drinks he has had today and the man does not reply, and a man on an airplane announces that he is an alcoholic after losing his wife and child (please see the Violence/Gore category for more details). Two men smoke cigarettes outside an airport, and a man smokes a cigarette in an airplane bathroom in three scenes.

MESSAGE - One can overcome severe problems in order to work and protect others' safety. 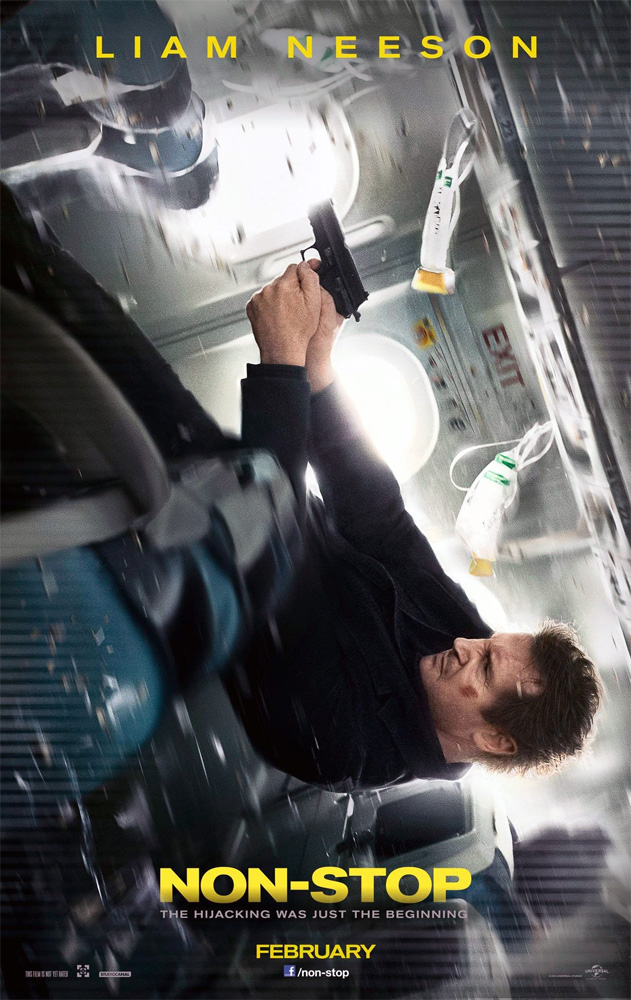