Colin Farrell and Jamie Foxx take over as Sonny Crockett and Ricardo Tubbs, the main characters from the hit 1980s television series. Working as undercover police officers in the world of South Florida drug trafficking, they try to balance their real lives against the illicit temptations and glamour of their mission. Also with Gong Li, Naomie Harris and Ciaràn Hinds. Directed by Michael Mann. [2:15]

SEX/NUDITY 7 - A man and a woman have sex: they kiss, she straddles him as he sits on a bed, they thrust and moan, and they kiss some more; we see her bare breasts and their bare backs. A man and a woman kiss in bed, (his bare back is visible), they moan and he thrusts briefly. A woman climbs on top of a man sitting in bed, he unzips her top and they kiss.
► A man showers (we see his bare back and part of his bare buttock), a woman joins him (we see her bare breasts, back and buttocks), and he leaves. A man showers, a woman joins him and they kiss (we see bare shoulders). A man and a woman in the back of a car kiss, she raises her skirt and climbs on top of him, and they kiss some more and breathe heavily.
► A man brings several women into a nightclub and appears to be offering their sexual services to another man; the second man chooses two of the women and takes them to a room (we see the man kissing and groping one, while the other caresses him while standing behind him).
► Women in short, skin-tight dresses dance in a nightclub (cleavage and bare thighs and part of the panties are visible). Several women wear very low-cut dresses that reveal deep cleavage, bare backs and shoulders and a woman wears a low-cut top that reveals cleavage.
► A man and a woman dance closely together in a night club. Men and women dance closely together in a night club.
► A comment is made about a man having constant erections.

VIOLENCE/GORE 8 - A man steps in front of a speeding truck, and the man is splattered onto the pavement (we see a smear of blood and fragments on the roadway).
► Two men in a car are shot repeatedly (we see blood splatter when the men are struck), the arm of one of the men is shot off (blood and matter spurt), and the other man is shot through the head (blood and matter spurt and pass through the headrest).
► A boy with a knife lunges at a man, the man punches the boy, takes the knife, stabs another man in the leg three times (we hear crunching), and he then shoots him in the head. A man is shot in the head (blood splatters) and another man is shot in the head (blood splatters).
► A woman punches a man and many people begin shooting back and forth at each other: several people are stuck by bullets (blood splatters and sprays), a man is shot in the leg, two men are shot in the back, one man is shot several times and another man is shot through the chest with a large bullet (a bloody hole opens and blood splatters), and a man is shot in the leg twice and then in the head.
► An explosion throws a woman through the air, she lands hard on the ground, and we see her back and hair smoldering and see her in a hospital bed in a coma, with bloody cuts on her face.
► A man breaks another man's fingers. A man suffocates a man by holding a gun across his throat. A man strikes a woman in the face and threatens to kill her. A man is pulled, thrown to the ground and kicked. Two men attack a woman, they hit her in the head with a weapon, she is knocked unconscious, and she wakes up blindfolded and tied to a chair.
► A man shoots the door of a warehouse, then drives a truck through the door and he and another man attack men who are inside -- they punch them and then tie them up -- and then blow up two boats at a dock.
► A young woman is grabbed by two men and pulled forcefully away from a group of people and we see her being reprimanded and struck by one of the men.
► We see a pair of feet from behind a curtain and we understand that a woman and a child have been murdered. We see a photograph of a woman with a terrified look on her face -- she was apparently kidnapped by drug traffickers.
► A man talks about "throwing" a woman "away," with "different pieces in different places." A woman threatens to kill a man. Men with guns threaten two men (one of whom holds a grenade in his hand). Two men are held at gunpoint and searched for weapons. Two men are led into a dark room and are searched for weapons. We hear that a woman might die from injuries.
► A man drives recklessly through highway traffic.

SUBSTANCE USE - A man describes the myriad types of drugs that his group has available for sale. People are shown drinking alcohol in a few night club scenes, and a man drinks alcohol. A man smokes a cigarette.

MESSAGE - The world of undercover police work can blur one's sense of right and wrong. 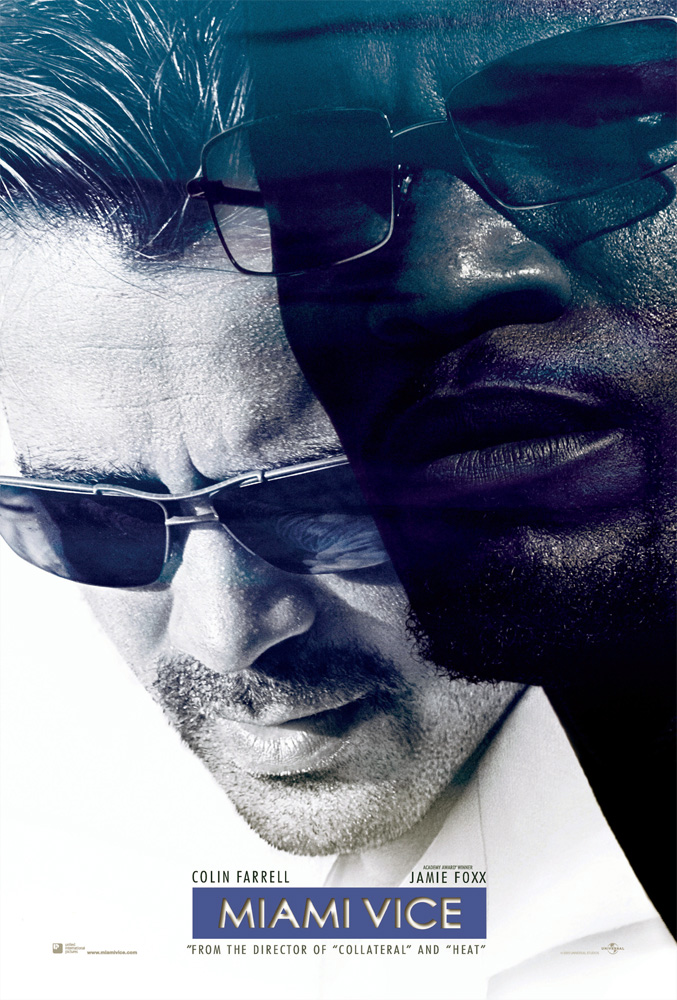